Blues are excited to announce an exciting new kit for the 2012-13 season; continuing their relationship with manufacturers Surridge. 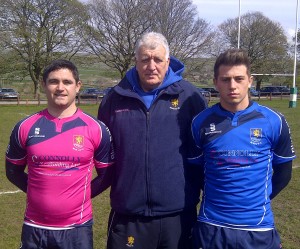 The home kit will once again reflect the true identity of the club with a stylish shade of Blue, while the new away strip will see a move from red to a more vibrant and exciting pink colour.

The announcement comes just days after the end of the current season, signalling the intent of the club to be fully prepared come the start of the new season.

Director of Rugby and Head Coach Geoff Wappett believes the new kit will reflect the professional attitude of the club as they look forward to what is perhaps the most hotly anticipated season in the club’s history.

He said: “Both the blue home kit and the new away strip are very stylish and have gone down well with the players.

“I like to think our rugby has style and substance and the kit certainly reflects that mindset.

“Surridge have really produced a quality kit that is lively and vibrant, which is what I think the club should be.

“I want Macclesfield to be challenging, not at the bottom fighting for survival. It is not going to be easy but when is it ever easy?”

The launch of the new kit extends a relationship between the club and Surridge; something that account manager Steve Mussell is delighted about. 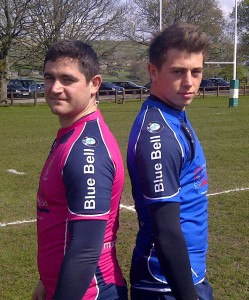 “Surridge are delighted to be signing a contract extension a year early, as we view the club very much as a partner and it is fair to say we have an excellent working relationship,” he said.

“In keeping with the current air of optimism down at Priory Park, the new home kit takes a very modern slant on the traditional Macc colours.

“The new second strip is massively different but has been well received by both players and staff alike, and here’s hoping for a real go for promotion next season.”

Blues will begin their preparation with their pre-season on 20th July before the start of the new National League One season.