If you’ve been watching the Blues recently you may have noticed one or two new faces. One of whom we’re sure you recognise. Macclesfield Blues are pleased to welcome back one of our old boys, former Sale Sharks and Rotherham full back, Ed Styles and the former Cinderford and Rotherham tight head prop, Rikki Stout. Their sense of timing couldn’t have been better. With 5 wins in 5 consecutive games, things are looking particularly bright at the moment. Macclesfield Rugby managed to grab a few words with the boys this week ahead of the home game against Coventry at the weekend. Here’s what our new players had to say for themselves. 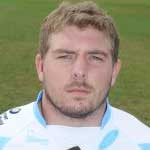 “I’ve not really had any dealings with Macclesfield before, so it’s good to be here at Priory Park. I played for Cinderford in 2011 and moved on to Rotherham last year. I wasn’t necessarily getting as much game time as I would’ve liked, so I was pleased when I got a call from Geoff Wappett. He asked me if I’d like to come down to Priory Park and play a game for the Blues, and it’s just gone from there I suppose. I hope to be here for the foreseeable future.”

“I’m really enjoying my time here, and want to play as many games as I can while I’m here. We’re putting together a good run of form and things are looking positive. The guys are playing good consistent rugby, and we’re getting the results because of that. We’re all working really hard for each other, and as a consequence we’ve put 5 consecutive wins together. Hopefully we’ll be able to make it 6 this weekend against Coventry.” 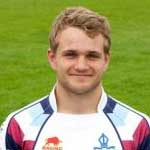 “I wasn’t really enjoying my time at Rotherham and wasn’t getting the game time I wanted, so it’s a good opportunity for me.  I haven’t really played that much this season, so coming back to Macclesfield was ideal.”

“Macclesfield was my home Club when I first started playing. I played here from the ages of 8 to 16, so when the opportunity to come back to Priory Park came up I jumped at the chance. I’m enjoying my time here so far. The team’s playing well and I’m scoring tries, so all in all it’s working out well. I’m here until the end of the season, and then we’ll see what happens after that.”