The Macclesfield Under 10s had a fantastic season, culminating in triumph at the prestigious Cheshire Cup after some thrillingly close games in the knock out stages. Before beating Wirral 2-0 in a high quality final, the team scored 2 tries in the last 2 minutes of their semi-final to complete a comeback from a try down against Winnington Park, possibly the best performance and individual highlight of the season.

The  2013-2014 season also saw the U10s as winners at the Stoke and Whitchurch tournaments as well as an “international” win at the Mold Festival across the border in North Wales. As a guide to how well the boys played in attack and defence to produce these victories, across all the matches in their 4 trophy wins they scored a massively impressive 103 tries to just 6 conceded despite playing against some high quality opposition from the best clubs around the North West and Midlands.

Apart from the four tournament wins, Macc U10s also put out teams who were Plate winners at the Manchester Festival, runners-up at the Stockport and Rochdale Festivals and Runners-up in the Cheshire development cup as well as semi-finalists in the Wilmslow Festival – in all, the U10’s came away with silverware from 8 of the 9 tournaments entered, “the one that got away” ending with a narrow 1-0 semi-final loss to Wirral, a team who ended the season as Cheshire Cup runners up. These successes came from strong contributions across the entire 35 plus squad, the U10s having the strength in depth to enter 2 tournaments on the same day and come away with silverware from both. 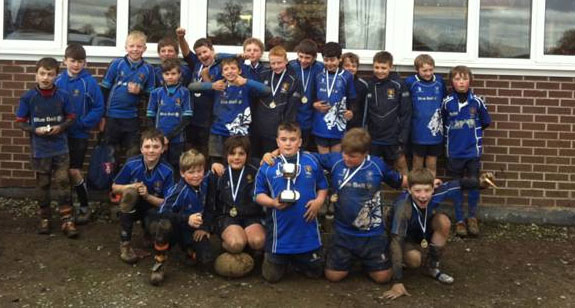 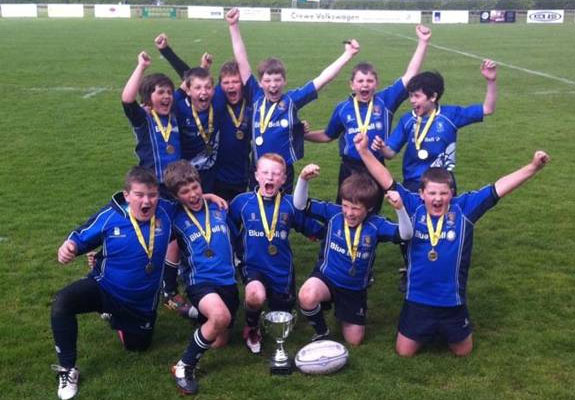