Even though they performed well Macclesfield Blues were unable to overcome a strong and determined Richmond side when the teams met at Priory Park last weekend. Although it wasn’t the sort of start the supporters may have wanted, we live to fight another day and are already looking forward to renewing our rivalries with Fylde when they come visiting next weekend.

Whilst success may have eluded us on the field, off the field Macclesfield Rugby Club enjoyed a very successful weekend indeed. Last Saturday the Club ran its first Family Fun Day. The event, jointly sponsored by Halliwell Jones and The Saffron Room, was designed to attract a whole new audience to the Priory Park rugby experience, and judging by the record numbers of kids and families attending, the event well and truly hit its mark. How many new spectators came to the ground for the first time? What activities were on offer? Is the Club planning on running another similar event later on in the season? Who better to ask than Macclesfield Rugby Club Chairman, Peter Harper? If anyone knows the answers; Pete does. Here are his thoughts on the day’s experience. 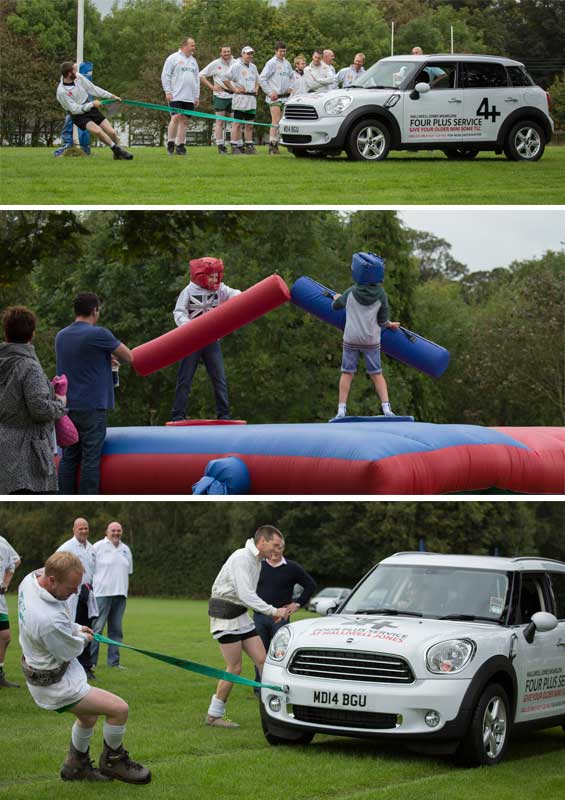 How do you think the Family Fun Day went?

“MRUFC`s first `Family Fun Day`, was a great success and attracted hundreds of kids and families, a large proportion of which had never seen a live game of rugby prior to Saturday. Although entrance to the ground was free before 2.00, this didn`t appear to have affected the number of paying supporters, suggesting the Fun Day had achieved the desired effect of attracting a new audience, who hopefully, will come to watch superb live sport again. I understand from Angela Aggersbury (Chair of MJ section) that several of the kids who came on Saturday, also came along on Sunday to the first Mini/Junior training session of the season, and signed up as new members which is a great bonus.”

What do you put the success down to?

“The newly created hard standing area beneath the gable end of the club house proved to be invaluable as a setting for sponsors, stalls etc and will be used in future for similar events as well as an outside seating area for spectators. The dry warmish weather also clearly helped with the success of the day and we will certainly look at the possibility of holding another Fun Day, perhaps towards the end of the season.”

“We were well supported by sponsors Halliwell Jones and The Saffron Room, who together with a Bouncy Castle, face painter, balloon sculpture, Mini Tots Rugby display, crossbar challenge from the football section, Bosley Tug of War team, ice cream van and Barbecue made the day live up to its billing as a Family Fun Day.”

“Of course, things like this don`t just happen and I`d like to thank all those who helped in organising the event and making it a success, including Angela Aggersbury, David Mair, Mike Keeling, David Wilkinson, Bill & Bev Roberts, Jason Walker as well as Gery and her team behind the bar…………all contributed to a great day – Thank You!”

What else can the supporters look forward to over the course of the season?