On Friday the 8th May, 42 Golfers set out on Friday to attack the excellent Davenport Golf course, unfortunately only 36 finished on the 18th green ! This was due to buggies running out of power (honest Matt Harding & John Griffiths!!) and Dom McCarthy & Nick Smith nipping over to Bowden RUFC to collect their 3rd team League Cup .

The day was won by Ollie Wilson & Ian “Bogsey” Roberts team scoring a magnificent 89 points, lets not mention they played with Jamie Donaldson’s old caddy !! Not much help there then!! 2nd place was Andrew Massey’s team (U14 parent) and 3rd place was Kevin Wrights “Irish Wolfhounds” (he was the only Irishman in the team ??) 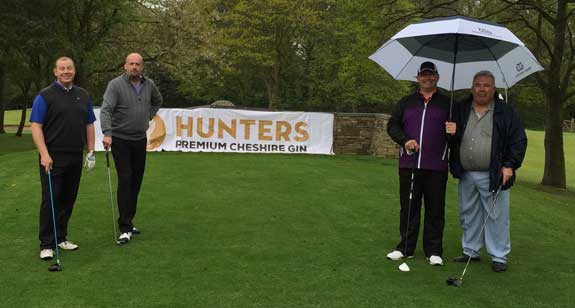 As you can tell the day was played in great spirit and although at a Golf Club the rugby spirit shone through.