The Blues travelled to the Black Country with optimism and some new faces, but came away pointless after a determined home side showed great resilience in defence, keeping The Blues to just 1 first half try despite having the Lions share of possession.  It was great to see Ryan Parkinson & Tom Mantell back playing in a Macc shirt and Lewis Barker had a decent debut at 10, however, Marshall Gadds second half appearance was ruined by some totally inept officiating of the front row by the referee.  Maccs dominance of the opposition scrum was interpreted as illegal by a referee who has come from Rugby League and just about every scrum in the 2nd period was penalised in the home sides favour, resulting in The Blues being unable to establish an attacking platform. However, I`m sure Giles wont be looking for excuses, and he and the boys will be working hard this week to make sure they get off the mark at Priory Park on Saturday.

Caldy are the visitors to Priory Park for The Blues home debut on Saturday, so why not come along and support the lads……..IT`S FREE BEFORE 2.00!!

AROUND THE PARK LAST WEEK

A very strong Lions overpowered Rochdale and ran out 53 – 7 winners as they kicked off the defence of their League title.  The newly promoted 3rds got off to a great start by beating Liverpool Collegiate in a thriller by 38 – 32 and the 4ths also got off to a flying start with a 16 – 5 win at Eagle.

I understand from my sources, that there was some serious `team building` going on back at Priory Park on Saturday night, and if my sources are correct (and they usually are!) Mr. David Mair & Mr David Wilkinson decided it was a bright idea to join the 1st team in some drinking games.  Needless to say, the old blokes failed miserably, Mr. Mair couldn`t walk or speak when picked up by his loyal wife Frances, and Wilkey was left for dead, and found in the changing rooms sometime on Sunday morning by some unsuspecting Under 9!!

The Lions started their campaign to retain the Bateman Premier League crown at home against Rochdale and in front of the lively home support posted a healthy win.

Resplendent in their new jerseys (sponsored by Harts) the Lions took the game by the scruff of the neck from the outset and cantered into a 12 point advantage within the first 10 minutes, John Morrison being the scorer of the first tries this season at Priory Park. From this point on until the end of the half the Lions showed their compassionate side and refused to score again, and on occasions it seamed harder not to score than to actually trouble the scoreboard. Midway through this period of malaise the Lion’s felt so compassionate that the gifted the opposition a try under the posts. As half time approached Rochdale were pushing hard for a second score but the Lions finally roused themselves and defended well and as the half time whistle went were  lucky to be in the lead by 12 points to 7.

Following some insightful words for the coaching team the Lions appeared in a far more determined mind set for the second half and showed some glimmers of the class that brought them silverware last season.7 unanswered tries in the second half showed what the team is capable of producing with forwards and backs linking to produce typically open second team rugby to the delight of the crowd.

Although there will be far sterner test throughout the season this was a solid second half performance against a team that will trouble the majority in this league.

Man of the Match was given to George Hodkinson following a typically abrasive display of hard tackling and straight running, dick of the day was awarded to debutant Jake Evans for crafting a superb opening to allow him to run in under the sticks to score only to drop the ball.

Next week the Lions travel to Birkenhead Park .

Macc. Lions travel to Birkenhead Park in the Premiership, the newly promoted 3rds visit Leigh in Division 1,  and the 4ths host local rivals Sandbach at Priory Park in Division 4.  All games kick off at 3.00pm

CAN YOU HELP WITH EMPLOYMENT FOR PLAYERS?

We currently have 2 players with signed contracts, looking for employment in the Macc area.  If you have any (or know of any) vacancies, please contact myself in the first instance, and I`ll pass on details to Giles.

It`s just a fortnight away!  The Big One, The William Webb Ellis Trophy, The Rugby World Cup! It all kicks off on Friday 18th September with the opening ceremony followed by England v. Fiji.

Come down to Priory Park and watch the RWC  Opening ceremony, England v Fiji all on TV. 3 course meal, free prize draw, fizz on arrival, £15:00 per person. All welcome, friends, wives, girlfriends, this is a ‘whole of club event’. Only about 20 places left so contact Mike keeling ASAP to book your place, m.keeling18@btinternet.com

If you have tickets for any of the games at Twickenham this World Cup, and want to make it an extra special experience, I have been asked to advertise the following hospitality deal from LUCID EVENTS.

The above package is available for Twickenham fixtures and is priced at £249 pp + VAT.”

Registration for all Mini/Junior players is on 13th and 20th September (Sundays).  New kit suppliers, O`Neills, will be at the club in the Presidents Suite with samples of rugby and football kit, playing shirts and other MRUFC leisure wear. Details of a discount code valid for September for any new orders will also be available.

Phil Mason and a couple of volunteers will be coordinating a one off bulk order for the section for those needing new playing kit at the start of the season.  Please see Phil to coordinate.

Book your place to watch England v. Australia at Priory Park.  £10 gets you a 2 course dinner at 6.30pm with the match on the Big Screen at 8.00.  Tickets selling fast so contact MIKE KEELING m.keeling18@btinternet.com to ensure you secure your place for what will be a great nights entertainment. 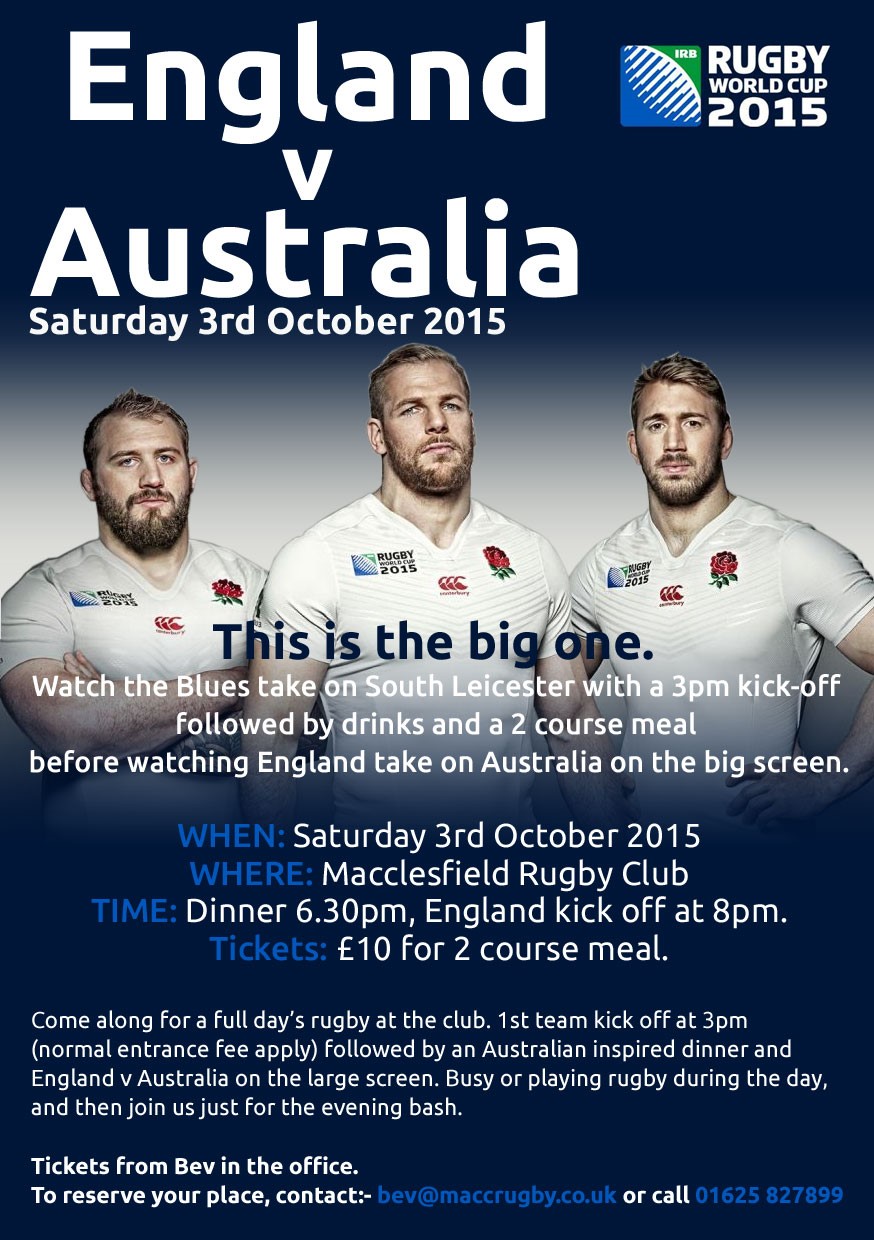 We now have a quorum and will be ordering the jackets very shortly.  If you have been thinking about joining but not got round to it, you need to make your move!

To add to your `seasons experience` in supporting The Blues, we are introducing an exclusive `Blues Brothers` club.  This would include Annual Club membership, 1 Season Ticket, a reserved car park space in front of the club house entrance, lunch at 4 of the pre match lunches, a seat on the 3 awayday coaches (Sale, Sedgley Park & Chester) and an exclusive `managers jacket` (water & wind repellent) with Blues Brother text above the Macclesfield crest and your initials on the right breast. 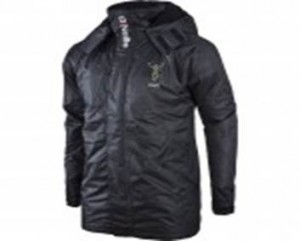 All the above can be yours for the bargain price of £288 (payable by standing order – 12 x £24)  For those members who already have a membership and/or season ticket, cost will be adjusted accordingly.  If you are interested in joining this Merry Band, please contact peter@maccrugby.co.uk.