YOUR RUGBY CLUB NEEDS YOUR SUPPORT!

Whilst you enjoy a couple of `early doors` pints, or go out for a meal followed by a good night`s kip and a lie in on Saturday morning, spare a thought for the intrepid rowers who will be rowing through the night to raise much needed funds for The East Cheshire Hospice and your Rugby Club.  Starting at noon on Friday, the 10 rowers (all members of the rugby club) will each row a total of 30,000 metres (almost 19 miles!), rowing in relays, trying to get some sleep between stints and working their nuts off to raise some cash.  All the training, the aching muscles, the blood, sweat & tears (not to mention sore backsides!!) will all be in vain unless people support the causes with cash donations.

The 10 members trying to make a difference are (in no particular order); 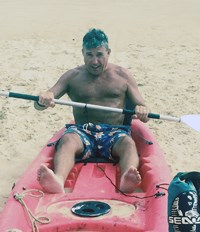 As mentioned, 50% of all the money raised will be donated to the East Cheshire Hospice as part of our duty of care in the community and in recognition of the valuable work they do. 50% will go towards the purchase of kit and equipment needed by Macclesfield Rugby Club and to support the improvement of the Club’s facilities for the community

Please support these good causes and encourage friends, family, relations and work colleagues to donate through the Justgiving site and let’s raise as much as we can for our club and our community hospice.

Well, not literally, but we will be showing the final between New Zealand & Australia at the club, full bar service and food available. 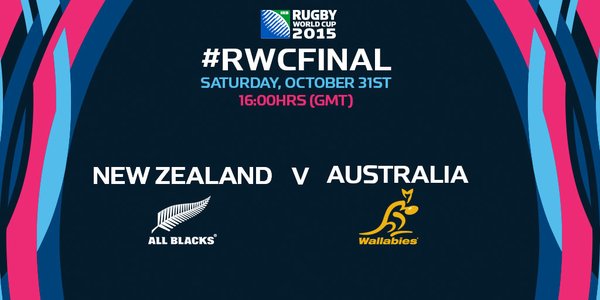 Macclesfield Blues made it 7 from 7 on Saturday when they came away from Herefordshire with a hard fought bonus point victory over a stubborn and tenacious Luctonians side.  Dave Marwick started the scoring with his 8th try in as many matches,  Elliott Brierley also touched down again to keep level with Mazzer on 8 tries, and there was one each for the Barker Boys, Frankie & Lewis, with 3 conversions from Lewis Barker making the final score 26 – 8.    Following Sedgley Park`s defeat at Leicester Lions on Saturday, The Blues now top the table by 3 points with 7 wins from 8 games, the only blip being the 1st match of the season at Stourbridge.  Once again, the Macc Lads won without a single penalty kick at goal – it really is exciting to watch!

The Blues have a week off from League duties on Saturday, when they play Sandbach in the semi final of the Cheshire Cup (details below) but then have some tough home League matches against teams in the top third of the League;

The Lions continued their winning ways with a hard fought 24-13 victory over Preston Grasshoppers, the 3rds lost to the same opposition by 39-7, the 4ths lost against Holmes Chapel 3-14 and the Colts lost on Saturday at Manchester by 10-38

This Saturday, there is a Southern Hemisphere tussle meaning the only match for Macclesfield is the Cup game at Sandbach, kick off @ 12.00

Bradwall Road
Sandbach
Cheshire
CW11 1RA
Tel: 01270 762475
Why not come down to Priory Park in the morning to see how the rowers are doing (hand over some cash for the cause!) before heading over to Sandbach, returning home in time to watch the World Cup Final!

We are trying a coach trip to the Chester game on 12th December with brunch at the club – Buffet style cooked breakfast including tea, coffee, fresh juice etc. –  and return coach included in the cost.  We need a minimum of 25 to make this work, so please make the effort to join us for what is always a fiercely contested game  against our rivals from the west of the county.

Three big clubs and two big games for the Under 13`s!

With Heaton Moor cancelling due to half term and a lack of numbers, the Under 13s were on the scrounge for a game. Our neighbours Stockport kindly invited us over to play a triangular fixture with Preston Grasshoppers.

We kicked the morning off against Stockport in what was a fast and furious match. It would be a good test against the current Cheshire Champions and a chance to see where we stand in the county. Both teams played hard in attack and defended valiantly. The dead lock was broken when, Morgan playing at full back, spotted a gap between the centres and a lovely little pop pass from Ben saw our flyer tear through the Stockport back line and sprint to the posts unopposed from the halfway line.

This obviously sparked the Stockport boys into action as they do not go behind often. They started throwing everything at the Blues, and a lapse in defensive line speed and some half-hearted tackles saw their centre Sam run across the pitch and right around our back line. To be fair he took his opportunity well, but we should have snuffed out this lateral run far quicker to prevent him gaining momentum.

The game was played out with no further scores, but the boys saw the importance of preventing the opposition scoring close to the posts. We scored under the posts, we prevented Stockport getting too close to the posts and the final score ended up 7 – 5 thanks to Jacko keeping his cool and adding the conversion to our try. A good lesson in never giving up!

Next up was Preston. We seemed to start this game very slowly and moved away from our usual fast flowing handling game and tried to “arm wrestle” with their big pack. After  10 minutes we realised this and started to play a more expansive game. Christian was running well on the wing along with fellow backs Cameron and Kieran. Big Matty in the centres started to pass before contact, which brought another dimension to the attack and the forwards played a magnificent spell of rugby, offloading to each other down the 15m channel and making a good 40-50m. The pick of the forwards being big Will Smith, Harry Gascoigne and Thomas Langley who worked tirelessly throughout the morning running good attacking and support lines. We ran in a good few tries against Preston and kept a clean sheet which was pleasing.

All in all a good mornings rugby against two big clubs. Stockport will no doubt want to prove a point when we meet them in a few weeks for a full fixture, so we’ll have to be at our very best to get a result. Greater line speed, stronger tackling and confidence in going for the ball in the air and on the ground to secure possession will go a long way to helping us achieve this. Belief is what we need now and there should be no reason to not believe!!

Hat-trick hero Davies leads the charge! (Apologies, this is from last week!)>

A hat-trick from young u13s scrum half Alex Davies was one of the highlights of the mornings rugby as Macclesfield travelled over to Lymm. When we last met the green and whites we lost to them 15 – 0. Albeit this was on half a pitch with 13 aside. The young Blues have really taken to 15 a-side rugby played on full sized pitches this season as results would suggest.

What is really pleasing to see is the camaraderie building in the team and the encouragement between players to constantly push the boundaries of play. After the opening 15 minutes the score was 22 – 0 and we encouraged the boys to start trying things out of their comfort zone. We wanted to see what ideas the boys would come up with and what they thought they could achieve. This rapidly brought about further tries with clever little chips, one-handed off-loads and great running lines from support players as the boys relaxed in to their rugby.

Don’t get me wrong this increase in high risk rugby brought about some mistakes, but the pleasing thing was that they had the vision and comfort to try things. Our job as coaches is to identify and develop these skills within the players and help them improve their skill set and execution.

It’s always pleasing to hear the response of some of the opposition supporters and following one of our tries where almost all our lads had touched the ball following great support and offloads, the Lymm parents said “that was fantastic rugby and a joy to watch”. Brilliant!!!

Another great result from the boys. We play Lymm in the first round of the cup in about 3 weeks time and we must remain grounded. Lymm are a very proud club and they will not like the look of this score line. Expect the cup match to be completely different from this game. Lymm will bounce back and certainly be out for revenge, they’ve done it before and there is nothing to suggest they won’t do it again!