On a gloriously sunny Sunday morning at Stockport Rugby Club, the Macc U12’s arrived half asleep for their first day of competitive rugby for the 2015-16 season.

We were drawn in a group with Sandbach, Waterloo and Didsbury Toc H.

The lads initially lost to a much improved Sandbach and then Waterloo, but after a mid tournament “pep talk” from the coaches secured a win over Didsbury Toc H.

This strangely qualified us into the semi final of the 2nd tier competition of the Plate, where we met old rivals Wilmslow. The boys were definitely up for this encounter and controlled the game in every department, taking a half time lead of 1-0 with a fantastic side to side flowing move with the ball going through all hands to score in the corner. Wilmslow snatched a dying seconds draw with a charge down, but Macc progressed to the final on the “scoring first” rule.

The final was vs Waterloo, who eventually ran out winners against a tiring Macc side.

Macc collected their medals, and even met up with “Sharky” in the afternoon sun.

I was really proud of the boys, who eventually showed great spirit and teamwork, in their first outing to the newly released U12 rules!

Thanks go to the festival organisers, who pulled off a great day played in a lovely friendly atmosphere.

Bring on the Manchester Festival next weekend! 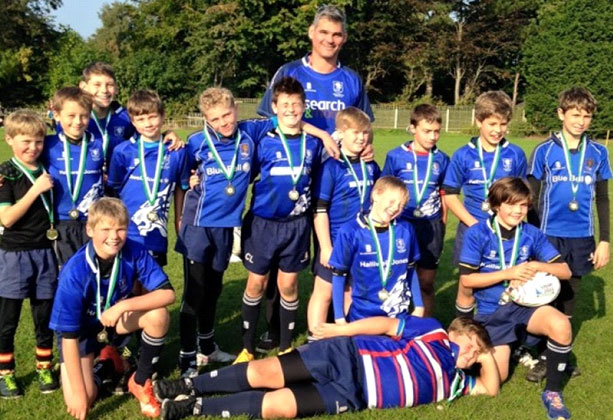