It`s that time of year when we ask all our members to sell 3 – yes, only 3! – books of raffle tickets. All money raised will be used directly for the following projects;

I can assure you no money will go to paying any players.

To raise this kind of total, EVERY member has to sell their 3 book allocation, so please do your bit.  We simply can`t get near that total unless EVERYONE pulls their fingers out and gets selling.

The Blues made it 8 bonus point wins from 8 games with No. 8 Ryan Parkinson scoring the bonus point try with the last play of the game on Saturday against a difficult and well organised Sandal side.  It was the highest points scorers (Macc) against the tightest defence in a game Macc never looked like losing, and a fantastic defensive effort ensured the visitors were limited to 3 points and not even a sniff at scoring a try. The Blues showed some great control and their patience was rewarded right at the death and they fully deserved their win and another 5 pointer. 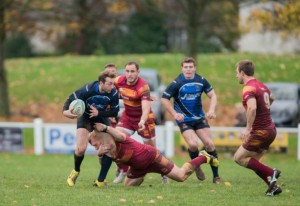 In a game of limited scoring opportunities for both sides, there was a unique moment in the first half, when Lewis Barker kicked the one and only 3 pointer of the season so far. Once the shock of a kick at goal had subsided, The Blues settled into their stride and the forwards dominated both scrum (against the largest tight head prop I`ve seen for a number of years) & line out, with Mazzer and Harrison Lewis (having his best game so far) ruling the air.  Following a torrid time in the scrum, the Sandal props must have sighed in relief at the start of the 2nd half when the Macc. props Marshall Gadd & Martin Kent didn`t re appear, only to have to face Tom Mantell & Elliot Millar-Mills who caused even more damage, continually wreaking havoc to the visitors scrum (now comprising 3 brothers in the front row).  A satisfying win for The Blues which sees them still head the table by 3 points.

Max Smith was awarded the Claphams Landscapes Man Of The Match award, but there were several serious contenders in a great team performance.

Saturday saw Terry Robson`s inaugural match as 4th Official, guided by his mentor, Derek Laidlaw.  Gents, Thanks to both of you for your efforts.

Next up for The Blues is a visit to Harrogate, where Giles will be hoping to keep the winning streak alive against the Yorkshiremen, who currently sit in 8th place, having won 3 from their last 4 matches. Please note the early kick off at 2.00 pm and the new ground is at;

The Blues will be hunting Lions & Tigers at the next 2 home matches when Leicester Lions visit Macc on November 21st followed by arch rivals, Sedgley Tigers on December the 5th – both could be defining games in the Blues season so put the dates in your diary and make sure you`re there to see The Blues challenge for top spot come the Christmas break.  Why not book a pre match lunch prior to watching the Big Game!

Last weekend saw the Lions defeated for only the 2nd time this season away at Caldy by 15-8, the 3rds also lost to Broughton Park 2nds and the 4ths had a good win against Oswestry by 23 – 17.  On Sunday, Sandbach Colts exacted revenge for their 1st teams defeat at the hands of Macclesfield last week, with a close 9-3 win.

This weekend sees the Lions away at Fylde in the Cup Competition, the 3rds are also on their travels in the Cup at Bolton 2nds, whilst the 4ths have a much needed rest.  On Sunday the Colts have a long trip up to Penrith. 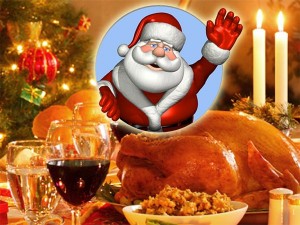 As you may be aware, we host local rivals Sale FC on Saturday 19th December and the match will be preceded by our ever popular Christmas Lunch.  As the Christmas lunch is always oversubscribed, with several members being disappointed, we have given some thought as to how we can try to ensure loyal supporters of the lunches are given priority.

THESE LUNCHES ARE RUNNING OUT NOW SO TAKE THE OPPURTUNITY TO BOOK ONE OF THESE DATES TODAY! 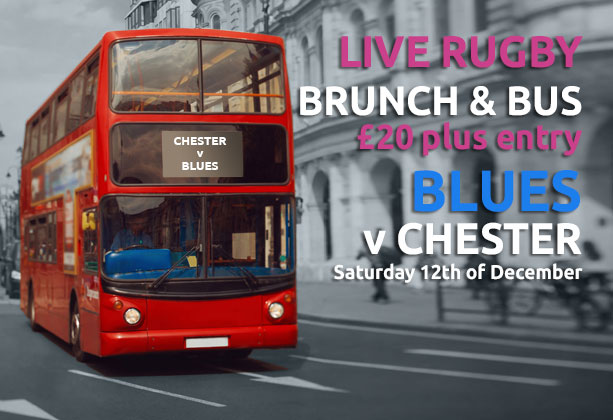 We are trying a coach trip to the Chester game on 12th December with brunch at the club – Buffet style cooked breakfast including tea, coffee, fresh juice etc. –  and return coach included in the cost.  We need a minimum of 25 to make this work, so please make the effort to join us for what is always a fiercely contested game  against our rivals from the west of the county.  Cost is £20 p.p. including the brunch or £15 for coach only.  If you are planning on going, please contact Bev ASAP in order that we can assess the uptake.