BLUES OPEN UP A 15 POINT LEAD

Macclesfield Blues returned to action at Priory Park on Saturday, for the first time since December 19th, and in front of an expectant home crowd, saw off a determined and spirited Tynedale side.  The bonus point victory, alongside the postponed Sedgley Park game, sees the Macc Lads 15 points clear at the top of National League 2 North, albeit, Sedge have a game in hand.

A hat tick from no. 8 Ryan Parkinson (back to his imperious best) and 1 each for the prolific Dave Marwick and Elliott Brierley ensured the win, but Tynedale fought all the way and deservedly came away with 2 bonus points.    Coaches Giles & C.J. will be pleased with the 5 points, but bitterly disappointed to concede 4 tries for the first time this season.  Apart from the defensive lapses (which I`m sure will be worked on during the week) The Blues played some great rugby in difficult conditions, with young Max Smith putting in an outstanding shift at openside flanker.  Good to see Lewis Barker back in the squad following some warm weather training in Abu Dhabi, meaning only Frankie Barker was unavailable for selection on Saturday (shoulder injury).

This Saturday sees The Blues travel to 6th place Otley, kick off 2.15.

Next game at Priory Park is on the 13th February against Luctonians, 3.00 k.o.  Book now for the pre match lunch – £10 plus entry for Fantastic Food, Brilliant Banter, Cracking Craic & Running Rugby…………..what more could you want?  A Barrel of Beers?

Saturday saw The Lions visit Preston Grasshoppers and come away with a 21-15 victory, the 3rds had a thrilling 33-33 draw at Rossendale, the 4ths won at home v. Linley, whilst the Colts lost 3- 33 to Sandbach.

This weekend sees the Lions host Fylde, the 3rds entertain Wirral 2nds (k.o. 2.15) and the 4ths have a well earned rest. On Sunday The Colts are at home in the Cheshire Cup (opposition unknown at this time).

Macclesfield entertained a strong Wilmslow side in a repeat of last year’s Cheshire Cup final, the result was the same however the margin of victory was hugely different. Macclesfield outscored their opponents 7 tries to nil. The game was played in difficult conditions both under foot and with driving rain and wind. Macc won the toss and Harry Harding chose to play into the elements in the first half. A deep kick off by James Oliver immediately put the Wilmslow team under pressure in their own 22. They tried to run the ball from defence through their big forward but strong tackling continually pushed them back. Wilmslow were playing some good, tight rugby but they just couldn’t get out of their own half. Superb tackling by the front five of Macclesfield, Wheelton, Walton, Chalcorft, Harding & Meredith continually stopped any forward momentum.

Macclesfield scored first after sustained pressure, from a 5m scrum Lewis Haliday forced his way past several players to score a try wide out. Whilst the Macclesfield pack was on top with Sean, James Oliver and Lewis making headway with some great runs it was the backs who created and scored the next try. The ball was swiftly moved from the breakdown by Harry King, a set training ground move was perfectly executed by Will Davies, Ross McGlone and Harry Oliver. This allowed Toby Moule to run at pace forcing his way over in the corner.

Whilst scoring a try Oliver Whitham, the excellent Wilmslow back row player was injured, we hope it’s not too serious and he makes a full recovery.

Macclesfield were 10-0 at half time playing against the wind, rain and up the slop. The game was nowhere near won because of the elements however we had to consider our game plan in the second period. Wilmslow kicked off and we immediately exited our own half through a great kick by Harry King. This was the game plan for the second half – play the game in the Wilmslow half !! this was executed well by Macc and Wilmslow never played in the Macc half for the whole period, superb game management that many senior teams could learn from.

Special mention must go to the 7 subs came on in the second half and immediately played to the game plan. The score was a reflection of the dominance of Macclesfield, however finishing was a problem with 3 potential tries dropped over the line.

All the players from both sides gave 100%, the Wilmslow supporters were incredibly complimentary about Rob’s refereeing, which was nice to see. Overall a good hard fought derby which we won.

THE ELEPHANT IN THE ROOM 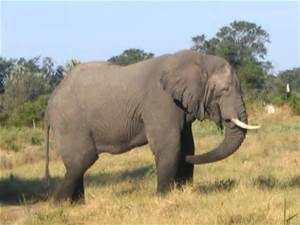 Well, not actually in the room, but on the mound!!  Look out for a full sized Elephant arriving shortly and making it`s home on the mound behind the posts!

April 30th – the last game of the season – has been set as 2016 ladies Lunch date……….Bigger & Better than before.  This time, the Ladies will be dining in a 300 seater Marque so there will be room for everyone.  Even so, we expect the event to be as popular as ever, so to ensure your place, put the date in your diary and contact Sarah Davies NOW!

As ever, ALL profits will are shared between the Breast Cancer Unit at Macclesfield Hospital & East Cheshire Hospice.  Can`t promise yet, but we hope to have a `guest or 2` present.  Let`s smash all records this year and fill the place….book a table, tell your friends, book 2 tables!