Notice is hereby given of a Public Consultation event at Priory Park, on February 23rd from 3.30 to 7.30. Please find the relevant document on the Club Website and we would encourage your support of the proposed development by going to the Emery planning website and registering your support.

UNLUCKY FOR LUCS AS LEWIS SLOTS THE WINNER!

Macclesfield Blues scraped home with a very late penalty from the coolest head on the pitch, Macc Fly Half Lewis Barker, to take 4 valuable points from a game against a very plucky Luctonians side who made a mockery of their lowly league position.

With the sides locked at 19 points and 3 tries each,  the Macc pack forced a penalty near the far touchline with 1 minute showing on the clock, and whilst the nervous home supporters wondered if skipper Mike Finniemore would go for the bonus point with a kick to touch, or risk a very difficult 3 pointer, up stepped Lewis Barker to take on the responsibility .  The relief around Priory Park, was palpable as the ball sailed between the uprights to take the Blues 3 points clear. However, the drama wasn`t over as the re start resulted in a penalty attempt by Lucs from the half way line to seal a draw.  Unluckily for Lucs, they didn`t have a kicker of Lewis Barkers quality or coolness under pressure, and the ball fell well short to ensure victory for the Macc Lads.

The Blues game plan was in need of a rethink as the home side lost influential centre Elliot Brierley with a nasty looking back injury in the first minute of the game, resulting in Greg Mellor coming on and Matt King switching to centre.  The Blues responded well and took the lead through Try Machine Mazzer, but were never able to shake off plucky Lucs who took the lead with 20 minutes left, before a Parky special saw the 2 sides draw level, before the dramatic final 60 seconds unfolded. Best wishes to Elliot for a speedy recovery.

Next up for The Blues is Sandal away this Saturday, followed by 2 Home games for you to enjoy.

Please Note; We now have 2 Home games on successive Saturdays (Feb 27th & March 5th) followed by 3 away games on the trot.  Please try to make it to the home games (in bold type) to see The Blues in action.

* Book your seat with jonathan@maccrugby.co.uk

Last Saturday saw the Lions having a rest, the 3rds enjoyed a great result away at Blackburn, by 27-17 and the 4ths made it a clean sweep for the Macc Lads with a comprehensive 45-10 win over Broughton Park.

This weekend sees The Lions host bitter rivals Sedgley Park, the 3rds entertain Preston @ Priory Park and the 4ths travel to Holmes Chapel. All 2.15 kick offs.  On Sunday the Colts are at home 2.00 ko. (don`t know opposition at this stage)

Result from the the Cheshire U15’s Plate competition

Macclesfield progressed into the Semi final of the Cheshire Plate competition with a 15 try demolition of Octon Parkionians. Macclesfield outscored their opponents by 15 tries to nil

This was without 9 first choice players, James Oliver managed to score 5 on his own. A great display and shows the depth of the squad of the players

CHESHIRE RECOGNITION FOR MACC UNDER 15`S 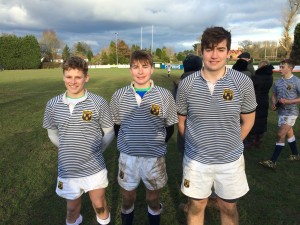 As a direct result of a new initiative between the Town`s top 2 sporting clubs, all members of Macclesfield RUFC are invited to attend the match between Macclesfield Town FC and Dover FC on Saturday 20th February at 3.00pm.

Club members can buy tickets at half price on production of a valid membership card at the ticket office located in the reception area, Moss Lane stand before 5.00pm Friday.

England U18 trial comes to Macc

On 21st February, the club has the honour of hosting the England U18 schools and counties trial. This will be a match between North and Midlands division (kick off 2pm) and there will be cracking rugby on display. The club has an extra connection with this team as it is run by Giles Heagerty, our first team coach, and an alumnus of Macclesfield is in the North squad – Matt Peakman.  Matt played in the minis and junior section with the team that dominated county and national competitions for several years. 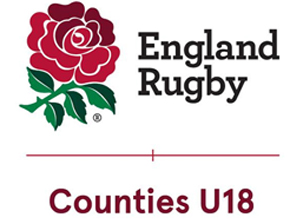 So if you want to come and see some of the stars of the future, please come and lend your support – entrance is free, bar is open, food available! 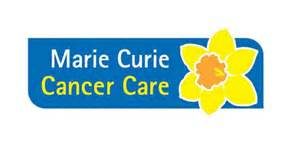 WHEN? Friday May 13th