A Blues lineup without a couple of key members looked to be struggling with the intensity, but drew level on half hour. Ryan Parkinson touching down from the back of a strong driving maul, Lewis Barker added the extras.

Sale took the lead back immediately though, a fine score from the recalled Elliot Fletcher as he danced in an out of tackles on his way to the line, 15-12.

McGovern added a penalty on the stroke of half time to give the hosts a five point lead at the break.

Sale came out after the break much the stronger side, and on 50 minutes, Jack Moorhouse finished a Sale move in the corner, 12-12.

A scrappy second half from both sides saw many mistakes, but Sale managed the bonus point clinching score on 78 minutes, former Macclesfield man Adam Greendale sneaking into the corner to secure the five points, McGovern added a fine conversion, 26-12. 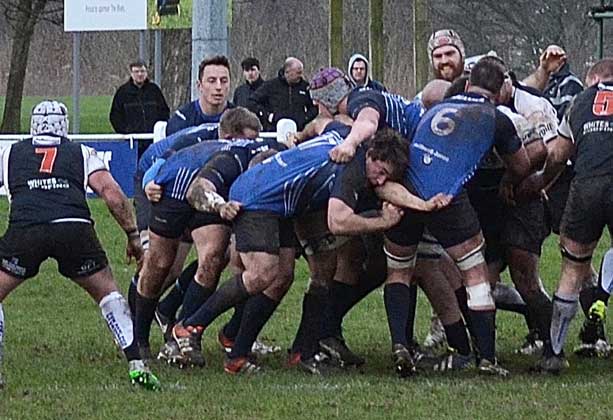