It was ours for the taking but considering that most expected us to lose against a team that were in the Championship last season, 1 point against Moseley is really not too bad. 15 – 17

The Lions won comfortably at Stockport who are struggling to get a 2nd team together. 0 – 123

The 4th team only managed to draw at Winnington Park which has allowed Crewe & Nantwich to get within one point of the league leaders. 34 – 34

The coach leaves at 6.00am on Saturday to transport the Blues the 266 miles to the far reaches of Devon. Plymouth have not lost at home this season but our lads will want to change that. It’s been said before – anything can happen in this league.

In contrast, local rivals Wilmslow will travel 7.5 miles on Saturday to take on the table topping Lions. 2.15 KO

The 3rd team will hope to take some points at Fylde. 2.15 KO

Bowdon visit Priory Park on Saturday and will put up a fight as the try to push for the top slot. 2.15 KO 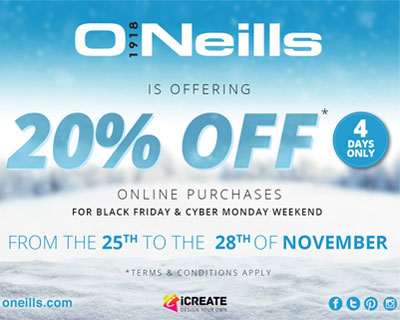 Once again, nearly everyone plumped for an away win last weekend and most went for a big away win! £50 goes to the closest score 9 – 25. We are yet to find out who the winner is as he didn’t leave his name, just a telephone number!

I am trying to get some information out to all local rugby clubs about a Book signing by England Player, James Haskell.  The event is taking place at Crewe Vagrants Sports Club on Wednesday 30 November.  Tickets are £15 per person and will include his book ‘Introduction to Becoming and Remaining Rugbyfit’.  Tickets available from Nantwich Bookshop or Crewe Vagrants.  See Nantwich Bookshop website or Facebook (http://nantwichbooks.tbpcontrol.co.uk/tbp.direct/customeraccesscontrol/home.aspx?d=nantwichbooks&s=C&r=10000149&ui=0&bc=0).

All proceeds to Just Drop In and Live at Home

Contact the Civic Officer on 01625 374142 or civic@macclesfield-tc.gov.uk for tickets 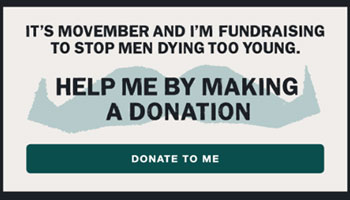 I NEED YOUR SUPPORT

Men’s health is in crisis. Prostate cancer rates are on the rise, and testicular cancer rates have doubled in the last 50 years. Three quarters of suicides are men. Around the world, 510,000 men take their life every year. That’s one every minute. Too many men die too young, and that has to stop.

That’s why I’ve joined Mo Bros and Mo Sistas all around the world fundraising this Movember, to tackle some of the most significant health issues faced by men.

Movember is all about having fun and doing good, but it’s also deadly serious. The funds raised have already advanced research into prostate cancer by 50 years, in just the last five. There’s still so much more to do. The goal: by 2030, reduce the number of men who die prematurely by 25%.

I need your support. Help me reach my target this Movember, and your donations will help men live happier, healthier and longer lives.

This is Geoff, normally seen behind the counter in Scrumdown, now in The Dominican Republic 😎. The glass appears to be empty, Geoff will lose points for that schoolboy error. 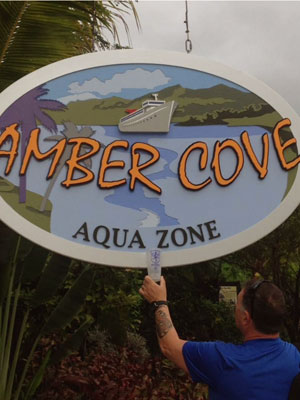 Bearded gentleman of generous nature (and proportions) to wear a red suit and hand out presents at the Mini & Junior Xmas parties – 13th December & 22nd December. A beard can be supplied. Applications to the office please.

Pete Harper has 6 tickets available for the Australia match At Twickenham on 3rd December. He is happy to sell them at the face value of £75. First come first served. pete@maccrugby.co.uk. 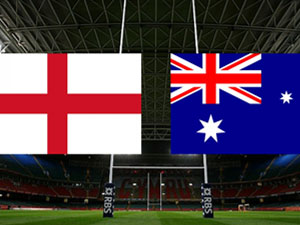