The Blues were overpowered by a strong second half performance from Mowden Park.  48-12

The Lions claim top spot in the league after a home win against Sale. 43-21

Loughborough visit us on Saturday. The students enjoy playing on their artificial pitch, they should have fun in the Macc Mud. KO 2.00pm

The Lions can stretch their legs on the artificial pitch at Preston GH. They need as many points as possible to maintain the pressure at the top of Conference A.

The 3rd team have an early kick off against top of the table Wirral. A win would be nice and a loss for 2nd place Rossendale would be nicer still. KO 2.00pm

A win for the 4th team against struggling Linley will put them in 2nd place in the league.

Where would Cheshire RU be with out Macclesfield?

With the County season creeping up and ever more Macclesfield players young and older appearing in the colours this question is not quite as parochial as you might think. In 1875 JWH Thorp, captain of the Macclesfield football team tried drum up support for a Union representing football clubs based in Cheshire. Although he did not succeed at first he obtains much credit for the eventual formation of the County Union in 1877, and their first representative match played against Lancashire at Sale.

Thorp played in this game but couldn’t save Cheshire from a beating (a goal and two tries to a try). The team that day contained the usual heavy representation from Sale and Birkenhead Park but interestingly also contained two players (G Andrews and P Swanick) noted as playing for Alderley! And the records for Cheshire RU list Alderley and Macclesfield as being constituent clubs of the Union represented on the Committee by Thorp.

In the meantime J. W. H. Thorp, besides playing for Macclesfield, often assisted the Manchester Club and continued to play for the County, being one of Cheshire’s leading forwards. He had the distinction of playing in the first eight County games against Lancashire, and, in 1883, he became the second President of the Cheshire Rugby Union, a position that he held for over 20 years. In 1898 he was elected as President of the RFU and re-elected the following season. He was the first and to this date only Cheshire representative to be elected as President of the RFU and a unique honour and today his photo Thorp hangs in the Committee Room at Twickenham.

So where would Cheshire be without Macclesfield?

The 1st team and the 3rd team both kick off at 2.00pm this Saturday to allow us all to watch the Calcutta Cup on the big screen, this kicks off at 4.00pm.

There will be free sandwiches at half time. 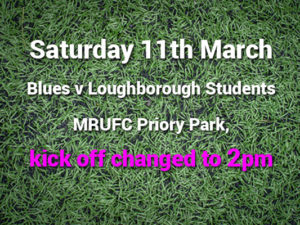 This could be anywhere in Asia as Mr Mair is enjoying an extended trekking holiday. Good effort Dave, put a shirt on next time please. 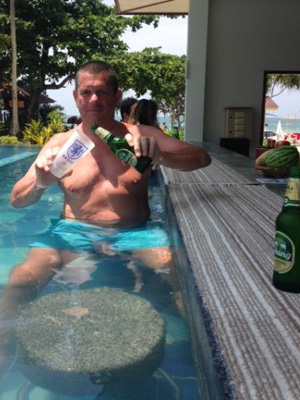 We still have a few tables left for the event of the year. To book a table just send an email to Jonathan – jonathan@maccrugby.co.uk or book online here. 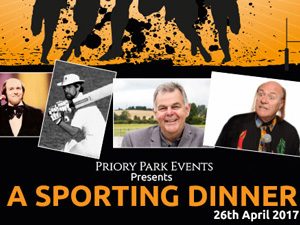 Mold Under 12’s travelled to a wet and muddy Macclesfield today (Sunday 5th March) to play a new fixture.  It was a pleasure to host the touring side, noting they arrived in shirt and tie and took on the games in the true spirit of Rugby.  Half the game was played under English RFU rules, and half Welsh RFU with the main difference being around the team sizes, and the line out).  The game was played in a competitive, but fair spirit recognising the differences between the two teams.

Macclesfield U12’s head coach (Steve Hartley) said “Mold demonstrated the epitome of the spirit of rugby and we look forward to forging relationships with our cross-border friends. We promise to book warmer conditions and less mud next season.  Macclesfield RUFC would welcome Mold RFC any time & hope a reverse fixture can be arranged before the season’s end.” 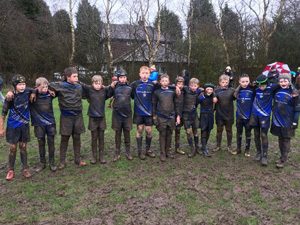 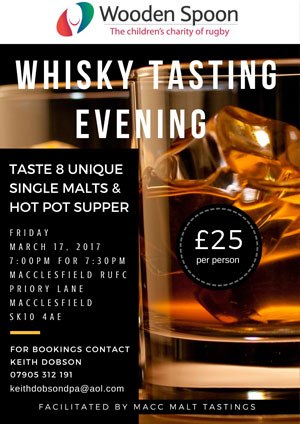