This is formal advice, that in accordance with the current Rules of Macclesfield R.U.F.C. Ltd, the Annual General Meeting of the Club will take place at the Clubhouse, Priory Park, on Thursday 25th May at 7.00 p.m. – read more >>

Join us for the 5th Boobs vs Balls Event on Sunday 28th May at MRUFC, Priory Park. Events start at 1pm with the final match at 4pm.

All proceeds for the day split equally between:

If you don’t fancy playing please come along to support the day and enjoy a great funfilled day. – read more >> 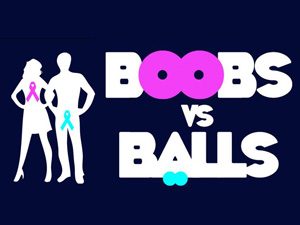 The Macc U13’s assembled on a dry and bright morning at Anselmians RUFC, full of hope and expectation for the Cheshire Shield Final. The opposition were the hosts themselves, as a partisan and pleasant crowd assembled, as the sun peeked through the Wirral Peninsula clouds.

From the warm up it was clear the Macc Lads were calm, determined and focussed. Pre match preparation went well, with the lads working on their quick hands, rucking, mauling, tackling and scrummaging.

The boys were called into the changing rooms for a stud check, and final words from the referee, and then emerged through a tunnel of parents / supporters to the AC-DC tune over the PA system of “Back in Black” which got the lads and supporters pumped up.

The first half was tight and it was clear there was a very competitive match on. Macc squandered a few chances, with the odd mistake and missing over-laps out wide. It was clear nerves were playing their part.

Macc got the early scores, with one particular try involving a beautiful chip through from Will Plant when he spotted space out wide, which was duly collected on the wing by Ryan Newbigging who went over for the score. This quietened the local crowd, and the lads started going through the phases and placing more structure and control on the game.

Half time arrived and Macc were up 0-2. After a good team talk from the coaches, urging more control and composure, the second half started. St Anselmians quickly replied with a good try of their own, which once again fired up the local crowd. Macc had to quickly gain control, which they duly did and started running through the phases, which led to more tries out wide from Ryan and Conall. One particular try was a lovely flowing move down the back line, with Ryan selflessly handing it to Suddy to dot down in the corner. A lovely display of team ethics.

St Anselmians got a consolation try, and the final score line flattered Macc, as the hosts played valiantly and fairly at all times. The final whistle blew with a 2-7 victory to Macc.

The silverware capped off a great season, and the lads were buzzing in the changing rooms afterwards singing and joking. The first part of the season saw Macc take a few drummings, as a lot of sides have a few dominant players physically and Macc struggled to deal with this. The skills development and attitude worked on during training has started to pay off.

The lads were all given a British and Irish Lions cap as an end of season gift, with trophies going to Ryan for Players Player, Stotty for Coaches Player, and Ed Ford for Most Improved Player.

The parents and players left after the food, all looking forward to next season with 15 a side.

Thanks go to the hosts at Anselmians, who put of a great day.

The 2017 Bill Beaumont Senior Men’s County Championship is underway with 27 county sides from across the country trying to seal a place at Twickenham on Sunday, 28 May.

This year marks the first year of the newly renamed and restructured competition. The teams have been divided into three tiers with 12 in Division One, eight in Division Two, and seven in Division Three.

The top team in each pool will progress into their respective finals which will take place on the same day as England’s match against Barbarians at Twickenham.

2016 finalists Cheshire had a tricky start to their campaign, losing 26-17 to Yorkshire.

A tense opening half saw Yorkshire pull ahead through two penalties before four second half tries sealed the win for a side searching for their first championship since 2008.

Good luck to all our lads that are playing for Cheshire this Saturday against East Midlands. Kick off is at 3.00pm and the venue is Caldy RFC. It’s only a short trip to watch some quality rugby.

A great day was had by all in the Macclesfield sunshine last Sunday as Matt Bowden’s U14 hosted the 7s festival.

Cal Grieves (Full Back, Lymm High School) and Will Davies (Fly Half, Kings Macclesfield) represented Sales Sharks U16 Academy at the prestigious RFU Academies Festival at Wellington College. This is the best 500 players in the country, selected by the 14 Academies (all Premiership clubs plus Leeds Carnegie and London Irish from the Championship).

Cal and Will competed against Saracens, whom they lost narrowly, beat Northampton Saints and Bristol in high scoring games and finished off with a win against Exeter Chiefs in a last play of the game.

Both players represented Macclesfield RUFC superbly well in the games  and training sessions, led by England RFU Coaches. Will Davies and Cal are members of the talented Macclesfield U16 side, Will has been a member since joining the club at Under 6’s.

Glorious sunshine, a quick dry playing surface, accompanied by fabulous vocal travelling Cestrian support ringing out from the Moseley Terraces and a capable challenging opposition, set the scene for what was to be an enthralling final battle in this National competition final hosted by The RFU at Moseley.

Four Cheshire Tries to three from the opposition, in a thrilling encounter, tallied alongside conversions and penalty points saw the final whistle blow at 29 to 20. The true competitive spirit in which this final 80 minutes was played was a credit to both camps.

Every success is wished to them for their forthcoming fixtures!