Outstanding performance from the Blues to overpower Blaydon – 41-15

A walkover for the Colts

A few intrepid Macclesfield supporters will be taking the ‘Ale Train’ to Huddersfield this Saturday. Huddersfield have lost all three of their games this season but the Blues will not be taking any risks. Kick off 3.00pm.

The Lions are still finding their feet as they face Caldy at home. Kick off 3.00pm

The 3rd team challenge Rossendale. This is a home game, contrary to what was advertised. Kick off 3.00pm

It’s only September and the 4th team are having a rest.

On Sunday the Colts travel to sunny Bolton. Kick off 2.00pm

If you are a voting member, please don’t forget the Financial AGM on Thursday 28th September – 7.30pm.  – read more >>

Attached is a picture of the Macclesfield RUFC U7’s Match Day Mascot – Harry Woods – taken with Macclesfield Blues hooker Sam Moss on the occasion of his 250th appearance for the Blues!!!

A convincing 41 – 15 win for the Blues against Blaydon.  Both teams were relegated from National 1 last season and fancied their chances – a great day out for the Mini and Junior team the U7’s. 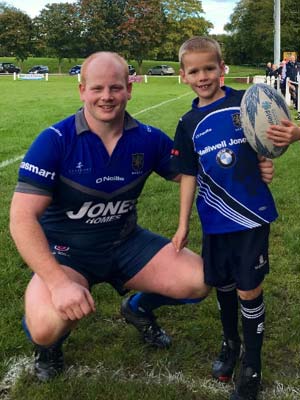 Man of the Match

Well done Lewis, you have the second highest tally of points in the national leagues and the most tries scored in the league 2N. And that is after missing the Chester match! 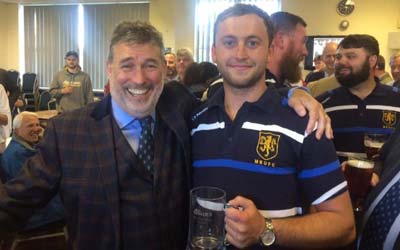 There are still a couple of tables left before the Leicester Lions match on 30th September. The rest of the formal lunches are filling up quickly, so make sure you don’t miss out on the fun.

All these formal lunches cost £15 per head plus your normal entry fee. Exceptional value! – read more >>

This may seem a little premature to ask you to book in for the Xmas lunch but, we only have three tables left!! So if you want some festive fun, you had better contact Jonathan quickly.

Christmas lunch this year is on the 23rd December before the Chester match, it will cost you just £25 plus your normal entry fee. 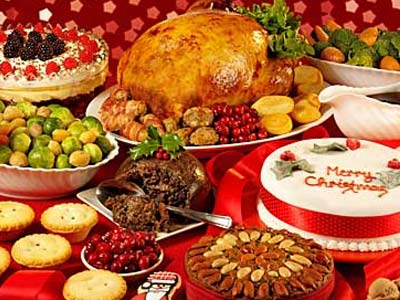