Another tough day at the Mill with the short trip to Whitefield being unproductive as the physical Sedgley Park side took the points against a Macclesfield side which seems to be low in confidence on the road but hopefully with injury concerns on the wane the side can look forward to a home game on Saturday when fellow strugglers Sheffield Tigers make the short journey to Priory Park from their Dore Moor HQ in what will be a battle to get away from the bottom third of National Two North.  Both clubs have similar records P6 W2 L4 but the Blues just hold the sway with those all important ‘bonus points’ and hopefully home advantage in front of what I hope will be a large and vociferous crowd come 3.pm. Saturday should pave the way to success. – read more >>

A message from Sandbach Head Coach

A message from Sandbach Head Coach (following the Stockport Festival last weekend – 1st October) which shows that not only the U12’s but I believe ALL the Mini and Juniors play in the true spirit of the game….

Just wanted to say how impressed I was with Billy Birkett and his sportsmanship last weekend.  In the final, Jack Busby got stuck under a ruck and was still down as he ran through to score your third try and yet rather than run up and celebrate as no doubt he wanted to, he went over and made sure Jack was OK and helped him to his feet.  That says an awful lot about the young chap and I was really impressed as a parent and coach.

I think the fact that he did this is a huge credit to him and is completely in keeping with the way rugby should be played.

Additionally, as other Macclesfield players came back to get ready for the restart, they too checked Jack was OK which shows just how well both clubs have done to foster a sporting respect and friendship, regardless of the occasion, and one I’m very proud to be part of.

Just wanted to pass on the feedback. This, for me was the standout moment of the day.

It is with great sadness that we announce the passing of long standing member John Fielden. John passed away following a short illness on Sunday night.

John re-joined Macc Rugby Club two years ago when he returned to the area after living in France for eighteen years.  As a player he played for Wilmslow, Royal Corps of Signals, Macclesfield and Manchester.  He leaves a son Giles, his partner of thirty five years Barbara Welch and step son James Welch.

Our thoughts are with his family and friends.

The funeral will be at Macclesfield Crematorium on Thursday 19th October 3:20pm followed by a casual get-together at Sutton Ex Servicemen’s Club.  The family would like to request anyone wishing to make a donation, please do so to the East Cheshire Hospice.

For details about of the funeral arrangements please contact Jim Welch jmswelch@gmail.com.

The Lions are hoping to hold a pre-match lunch prior to their match against Sedgley Park. This will be a fund raising event for the forthcoming end of season tour. The cost will be £15 and the food and rugby will be up to the normal high standard. 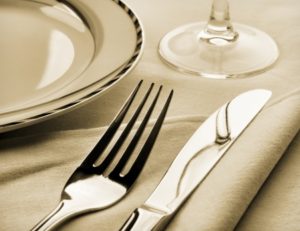 Macclesfield Tigers competing at Manchester won all 4 of their games vs Sandbach, Didsbury, Wilmslow and Altrincham.

They showed some fantastic attacking play backed up by strong defence.

Our player of the Festival was Tyler Mistry (photograph attached). 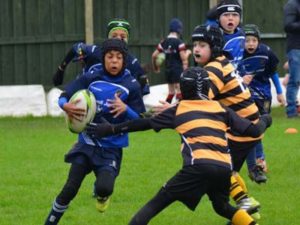 Cheshire’s Silk 106.9 are holding a golf day at Mottram Hall and have asked us if we want to put a team or two together.

The Golf day will be on 27th October and it will cost £250 per team per team of four. The cost includes a three course meal.

If you can form a team please contact David at Silk FM – sales@silk1069.com 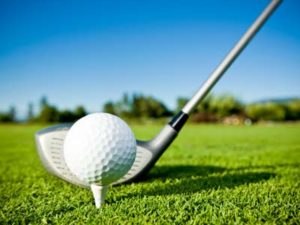 We are attempting to form a supporters club, the idea being that a gang of former players – “The Faded Blues” get together for away matches and home matches, lunches etc. Discounted rates for the minibus and season tickets would be available and away match prices will be negotiated. There will be a little bit of embroidery involved and maybe a funny handshake.

If you are interested, please contact Stephen Branch who is just about to volunteer to be the organiser –  stephen15branch@gmail.com

Our current Secretary, Tim Peakman, is standing down from the role because of new job commitments. We are therefore urgently seeking a replacement for this position.  If you feel you have the skills, dedication and time for this very important role, please contact peter@maccrugby.co.uk in the first instance.

At this point, I’d like to offer my sincere thanks to Tim for his contributions to the role over the past 5 ½ years.  Tim’s input to the Executive and his commitment to the Club have been invaluable and his support for the Chairman has been most appreciated.

As winners of the Land Rover Cup at the recent Manchester Festival, the U12s have earned themselves a place at Twickenham, well done to all. 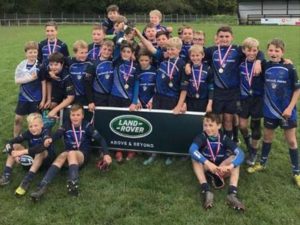