The Blues made the journey into the Midlands and in the end after a battling display came out on the wrong side of a 39-25 score line but at least left for home with a bonus point which, come the reckoning at the end of April, could be all important in the final countdown with the National Two North table looking tight at both ends as I pen these notes and despite Macclesfield losing two games to the weather which will be fitted in next year the season has now reached the ‘half-way’ stage and this Saturday with the Christmas Dinner – I believe virtually sold out – before the game when we entertain a Chester side seemingly in good shape following Saturday’s tight 12-8 victory over table toppers  Hinckley at Vicars Cross.

This Saturday we will be having a raffle to give away two tickets to the biggest international match of 2018 – England v New Zealand.

Just pop £5 into an envelope, write your name and number on the front and put in the draw box that is in the main bar. The draw will be after this Saturday’s match.

Club Member Louise Jennings is taking part in the London marathon on behalf of The East Cheshire Hospice. On Saturday 23rd December she will be holding a raffle at the Rugby Club, prizes include a hamper form Moulina, Champagne, chocolates and a voucher for the Flowerhouse Cheshire along with a few others.

She is hoping to raise £3000 for the Hospice and would really appreciate your support. If you would like to sponsor her please go to ukvirginmoneygiving.com and search Louise Jennings to find her fund raising page. Thank you in advance.

The Inaugural “Mini and Junior Christmas Carvery” was a sell-out success with over 120 attendees over the two services.  A fantastic atmosphere with Mike Ransom not getting the memo to NOT dress up – but he’s a good sport (or so they say).  Kids as always impeccably behaved and respectful of our club, simply enjoying the food and drinks on offer (soft ones for the kids obviously”.

We will be repeating the event next year and hopefully making it grow even more!!! 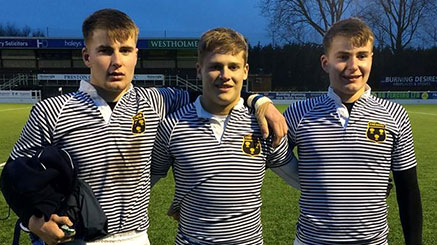 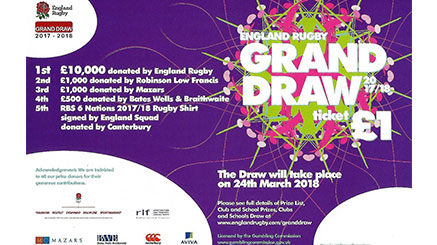 We hope everyone has a great time over the festive period. 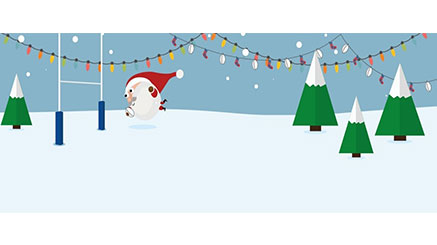