Another good afternoon for Macclesfield on the playing fields of Blaby where they returned with a close fought 14-7 victory over a Leicester Lions side that won convincingly at Priory Park back in late September by 25-12 and in the process made it four wins in succession to further stabilise their position in National Two North and with seriously tough games coming up it will do their confidence nothing but good with high flying Sedgley Park providing the opposition on Saturday for the next important encounter following their own close fought victory by 23-22 over Tynedale as we were winning at Leicester. This is another game in which The Blues will endeavour to reverse the result of the first encounter between the sides last October when Sedge won by 35-15 at their Whitefield home and with it virtually being a ‘local derby’ together with the recent improvement in results I expect to see a bumper crowd at Priory Park come 3.pm. Saturday. Be there. Read more >>>

We are near the pointy end of the application now, and we need your support.  The hearing is next Wednesday at 9.45 for 10.00 am. The Capesthorne Room – Town Hall, Macclesfield SK10 1EA

In her update she will have to report how many reps were received to the re-consultation that took place in January and will summarise `X` in support and `Y` number objecting. At the moment there are more objecting the changes so we need your support!

All you have to say is that you support the investment in this valued community asset and the loss of the small amount of greenbelt land is far outweighed by the benefit to the community. You could also mention some of the following; (or anything else you think is relevant, but DO SOMETHING!)

Please whatever you do, don’t ignore this as this will have a huge bearing on the future of Macclesfield Rugby Club.  I’d be extremely grateful if you would forward this to everyone you know who has an interest in this important community club, be it your wife, husband, neighbour, child, parent, aunties, uncles…

THE IMPORTANCE OF THIS CAN’T BE UNDERESTIMATED, SO PLEASE ACT NOW, DON’T LEAVE IT UNTIL IT’S TOO LATE!

PLEASE SUPPORT THE CLUB IF YOU CAN 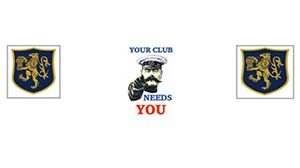 If the 3rd XV concede just ONE more game BOTH the 3rd XV AND the 4th XV will be removed from the league for the rest of the season and will have to apply to re-join next season at a cost of £100 for each team and with no guarantee that the application would be accepted!

If the 4th XV concede ONE more game they will be removed from the league in their own right with the same rules applying to re-join next season.

To avoid this happening and to make sure that ALL teams remain in the leagues next season the Club is asking for the support from ALL players from all teams, including the 1st XV and 2nd XV to make themselves available whenever possible to play across ALL teams where the need is most urgent until the end of the season.

Please support the club as best you can and encourage any rugby playing friends and family to join us.

To risk of losing up to two teams is serious and the consequences for the rest of the club would be damaging now and for the future. 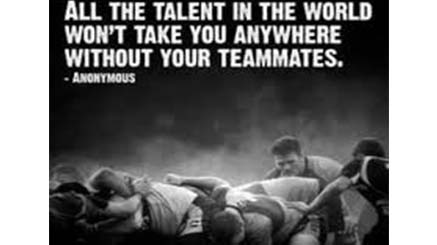