Good weeks for Macclesfield with a five point haul from the long away trip up to the North East at the Crow Trees ground of Blaydon where in a high scoring and entertaining encounter the Blues came home on the back of a 52-34 victory scoring seven tries to the home sides six with the difference being the accurate place kicking of Tom Morton who converted all the Blues scores and added a penalty for good measure as the visitors secured their first ‘Double’ of the campaign having already defeated Blaydon back in September at Priory Park by 41-15 all of which augers well for Marshall Gadd’s stewardship of the squad.

The news that one of our number has passed on is always sad, the more so when that person holds a unique place in our Club’s history but was not known to many younger club members. Alan McInnes was that man, and the Club will rightly observe a minutes reflection before the kick off on Saturday. This is not meant to be an obituary but just an observation of the significance of Alan’s contribution to MRUFC and rugby in Macclesfield. At Kings Alan capatained the 1st XV and then returned to teach and coach rugby directly inspiring a generation of Macclesfield rugby players. Alan made his club first team debut at Bowden, on the 4th November 1961 whilst still studying at Loughborough for his teaching qualifications. That season Alan returned home a number of times to bolster a team starting to make their way in the brave new world of a new ground and clubhouse at Tytherington.

It was at the seasons end that Alans stocky, sidestepping style of play came to a fore in the annual round of sevens tournaments. With support from Clive Barker, David Miller and Peter Holland the club’s sevens finished runners up in Stoke and won their own tournament at Tytherington. In October 1962 Alan became the first player from Macclesfield to be invited to a Cheshire County trial. McInnes darting style was again to the fore as the sevens team won through to the semi-finals of the Manchester Sevens, beating several senior clubs on the way, then won the Stoke trophy.

Alan was a key member of the MRUFC team that through the club’s best ever season, 1963-4, losing only 4 games and conceding only 140 points over 32 games. That season culminated in a sevens prowess not seen since. With Alan freely dropping goals Macclesfield retained the Stoke trophy and then went on to lose to a strong Sale team, 13-5, in the final of the Manchester Sevens.

In October 1966 Alan, now playing for Sale, partnered Peter Holland at half back for Cheshire, another first for Macclesfield albeit that Alan was no longer a club member. The following day Alan announced that he had signed for Salford Rugby League. As was the way in that day he was immediately written out of rugby union history…..well no actually because today he is written back in and we choose to remember the significant contribution Alan McInnes made to rugby in Macclesfield and Macclesfield RUFC.

Don’t forget that hiring the club for parties, functions or meetings is free of charge to all members.

Dates for your Diary

Happy New Year from Macc Ladies! It’s now time to try something new and give rugby a
go…so we’re hosting our very own inner warrior camp to give everyone a chance to

After our successful start before Christmas we’re hoping to recruit more ladies and
expand our ever-growing team! If you’re looking to get fit and try something new then
this is the thing for you. 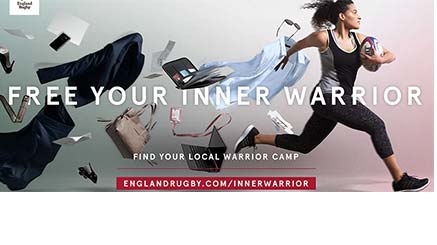 We have not seen many Mug Shots recently. There must be some festive photos out there somewhere – Grandma sipping mulled wine from her treasured MRUFC plastic mug or Santa knocking back sherry after dropping the presents off. 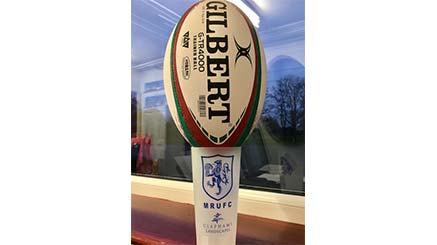 Send all contributions to jonathan@maccrugby.co.uk

Pies will be served this Saturday from 1.30pm onwards before the Huddersfield match. Two courses
for £10. Sit down, pay, eat, drink, rugby!

There have been minor alterations to the plans which are due to be submitted to the Planning
Committee on 31 st January.

Please take this opportunity to air your views here, it only takes a few minutes but could make a huge
difference to the future of the rugby club.

Macclesfield Rugby Colt William Spendlove has been selected at prop for the National under 18 Independent Schools Squad.

After going through local, regional and national selection rounds the representative squad will now play a series of games around the country before an international tour playing international teams in Croatia and Italy.

The Independent Schools RFC was set up to promote traditional rugby values and a ‘Corinthian’ spirit playing unreserved ‘heads up’ running rugby in a fast expansive style. 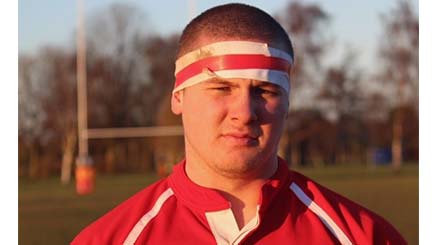 On Tuesday, August 20, 1895, at a meeting at the Mitre Hotel, Leeds, the 12 clubs agreed they should form a Northern Union, but at the same time made it clear they wished to retain their links with the Yorkshire Union. It was decided that a five-man panel would meet a sub-committee of the Yorkshire Union to place before them a scheme for the settlement of the dispute.’ The Union, however, immediately rejected the proposal.

The clubs decided to break all links with the union and to form the Northern Rugby Football Union NRFU (on amateur lines, but with the acceptance of the principle of payment for broken time). It was also agreed to hold a joint meeting of Yorkshire and Lancashire clubs at the George Hotel, Huddersfield on Thursday, August 29, when the formation of the NRFU could be officially announced. 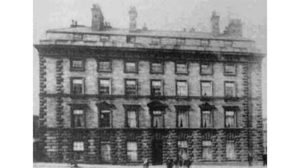 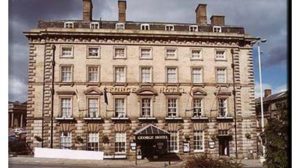 The Huddersfield Examiner the following day stated: “On Thursday night, a meeting of the representatives of the Senior Clubs of Lancashire and Yorkshire was held at the George Hotel, Huddersfield, to consider the question of the formation of a northern Football Union. The meeting was held in private and lasted close on three hours. The first resolution adopted was: “The clubs here represented decide to form a Northern Rugby Football Union, and pledge themselves to push forward without delay its establishment on the principle of payment for bona fide broken time only.” So 22 of the leading clubs in Yorkshire and Lancashire met and formed the Northern Rugby Union (later to become known as Rugby League in 1922).

On September 19. 1895 at a general meeting of the RFU held at the Cannon Street hotel, further by-law changes were made to guard against professionalism which had been growing fast in the leagues of North England. Union clubs were forbidden to play Northern Union clubs and stricter rules against player payments were introduced:

Mr. Roland Hill stated that the committee had declared that the members of the Northern Union were under the Rugby Union rules, professionals. This ruling did not include members of clubs which belonged to the Northern union who by November 1st 1895 had resigned their membership of their club and reported same to their respective county committee.

It was a very bitter severance of rugby into two rival camps and acrimony continued for close to a century.

The Northern Union was a run-away success with 59 teams being present at the first AGM on August 27th, 1876 and many more applications flooding in.

In the 1896/7 season the Northern Union introduced a challenge cup with all teams allowed to enter which caused great excitement and the final was held on May 1st 1897 between Batley and St. Helens at Headingley. Batley won 10 – 3 watched by between 13,000 to 14,000 fans who paid 620 pounds between them.

From 1895 to 1908 the most significant changes to the rules were made and Rugby League was transformed into an entirely different and unique game.

Read the latest here on the Rules of Rugby and also the new laws here that are being referenced in 2018!