The recent run of victories was put on hold by a competent Sedgley Park side at Priory Park on Saturday when they travelled back to Whitefield with a 28-18 victory following an entertaining game on a muddy surface and whilst they were value for the ‘W’ I did feel that Macclesfield deserved at least a bonus point for their efforts on the park which initially saw them take an early 10-0 lead thanks to some enterprising running by the threes before the visitors got on the scoreboard. Read more >>>

“I’m disappointed to announce that the planning application for the development of Macclesfield Rugby Club was rejected by the planners on Wednesday. The Club and Jones Homes are currently reviewing our options, and we will keep the members updated on any decisions. In the meantime I would urge you to refrain from using social media to express your opinions regarding this matter”

So much for “Best Team Ever” or even “Best Season Ever” somethings are indisputable or are they? Club records e.g. most games played, most tries scored, longest goal kick, are facts except that in many cases unlike the Guiness Book of Records there is no record kept. I intend to develop that record by way of putting a couple of contentious markers out to start the debate.

Who has scored the most tries in a season of first team rugby? Recent seasons have not seen a proliferation of tries let alone a prolific try scorer. Ryan Parkinson might lay claim but I suspect his try scoring record stands up against other forwards rather than the team as a whole. Further back Charlie Mulchrone certainly scored more than his fair share but Charlie was injured a number of times so is unlikely to have had the opportunities.

Going back further John McCreery and Chris Miller vied for heavy scorers over a notably successful period in the nineties but they probably shared the scoring amongst themselves (when their captain, one Matthew Harding, wasn’t asking for a kick for goal!). And before them the inimitable and supremely talented Graham Jenion was a very very heavy scorer of points both tries and goals but were the team good enough to provide himn with the opportunities to claim “Most tries scored in a season”?

In seasons 1967-8 David Miller, father of Chris, was scoring tries for fun, illuminating many games with jinking runs, long distance sprints and his ability to ‘jink’ on a sixpence (sorry, 2.5p piece). Over the season David scored two or more tries on several occasions. But, unless anyone can tell me otherwise then the title is still held by Norman Hodgkinson from that same season. Against Kersal on Septemeber 30th a teenage Hodgkinson announced himself with 5 (yes thats FIVE) tries. That is probably a club record in its own right. Thereafter whilst Miller was scoring a try Hodgkinson was inevitably scoring two and sometimes three. What a season that must have been for the spectators.

On March 9th 1968 Hodgkinson broke Don Innes record of 27 tries in a season, with a brace against Ashton on Mersey. Despite breaking his nose Hodgkinson found time in the remaining weeks of the season to score another 4 tries setting the new record at 33 tries in a season. Does anyone know otherwise?

The most serious rugby injuries happen rarely, but when they do, the RFU IPF provides immediate and lifelong support for catastrophically injured rugby union players. This support takes many different forms, ranging from supporting family members during hospital visits, purchasing gym membership or computer equipment for rehabilitation, all the way through to adapting a rugby players home so that they can live with more independence following a catastrophic injury.

Not only does the RFU IPF focus on the immediate and ongoing support of our injured players, it also looks to the future, and undertakes research and training to protect our future players with a focus on reducing the risk of catastrophic injury.

When I joined my local Running Club 18 months ago, I was adamant that I had no desire to run a marathon!! However, that situation has now changed. As my 7 year old Son begins to enter the world of Contact Rugby, I am challenging myself to run The Virgin London Marathon to support our Rugby family, as none of us know when we may need their support.

If you would like to sponsor me to reach my fundraising target for the RFU IPF, you can do so through Virgin Money Giving. My page can be found at: 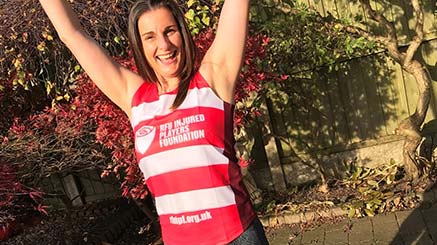 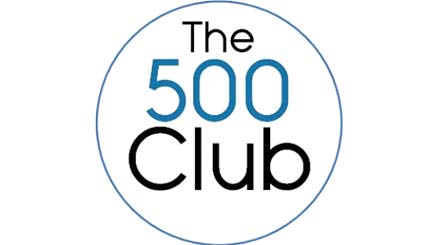 If you want to be part of the 500 club, and get in with a chance of winning, download an application form and post to the office FAO Robert Oliver –

New members needed to ensure the 500 club continues providing vital equipment and facilities to our lads playing Rugby.  The fund is entirely separate to the  clubs funds and used to purchase things such as kit bags for all teams, training equipment (we have a sled, resistance training kit), coaches jackets (50/50 with the club) so all coaches are identifiable (safeguarding), the sign on the clubhouse and the container to name just a-few things!

Our Colts enjoyed a well deserved win against second place Penrith last Sunday. 54 – 7. They are now comfortably sat at the top of Conference League B having won five games from five. 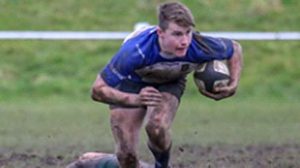 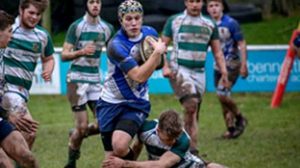 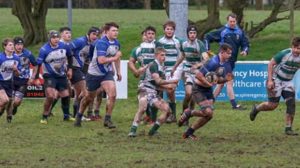 Well done to all!

Success for the Davies brothers

Will Davies had his trial on Wednesday and on Thursday it was announced that he was for the Northern Counties U18 squad 2018 as a Fly-Half.  He is still a member of Sale Academy U18 squad and is still 16 (17 in August). There are a number of training sessions before building to a national tournament in February at Stourbridge RUFC versus other English County Regions. From this an U18 England team will be selected to play Ireland. Will has good experience of the Irish having played against Munster and Leinster last summer for Sales Sharks U18’s. Will is pictured on the left in his Macclesfield RUFC Kit

Younger brother – Alex has been invited into the Sales Sharks U15 training Squad where they will play against other Premiership U15 Teams in the coming months. Alex has also been selected as Scrum Half for Cheshire U15. Pictured attached in Sales Sharks DPP Kit. 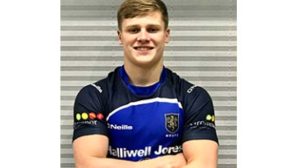 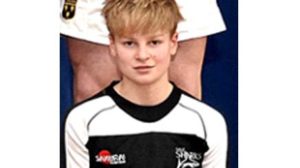 We wish them all the best for the future.

Download Hully’s Gym PDF and grab your one off, exclusive offer today!