Will Davies had his trial yesterday and today it was announced that he was in the Northern Counties U18 squad 2018 as a Fly-Half.  He is still a member of Sale Academy U18 squad and is still 16 (17 in August).

There are a number of training sessions before building to a national tournament in February at Stourbridge RUFC versus other English County Regions. From this an U18 England team will be selected to play Ireland.

Will has good experience of the Irish having played against Munster and Leinster last Summer for Sales Sharks U18’s. (Pictured attached in Macc Kit)

Alex, Will’s younger brother, has been invited into the Sales Sharks U15 training Squad where they will play against other Premiership U15 Teams in the coming months. Alex has also been selected as Scrum Half for Cheshire U15. 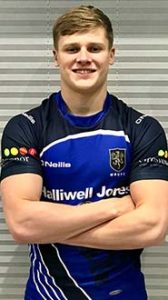 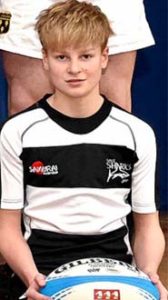