This was a big game for the Blues if they were to put some distance between them and the drop while. Although Luctonians are bottom they have accumulated a high number of losing bonus points so clearly are a competitive team.

The visitors started the quicker, but spurned an early shot at goal and then an opportunity to maul inside the Blues’ ’22 after the home side gave away a few soft penalties. In fact they hadn’t actually touched the ball when, in the 8th minute, Myles Hall managed to make a break from his own half following a handling error turnover, taking the Blues up field, a penalty was yielded by the defence and from the resulting maul Charlie Reed ran a nice hard line off Lewis’ Barker offload, to go under posts on 10 minutes.

Macc appeared to have found a foot hold in the game, and managed possession and territory well, for the next 6 minutes when the lead was increased through Moss who picked over from close range, after Barker and Parfitt combined to break in midfield.

The weather was a major factor in the remainder of the half as waves of blizzards pounded Priory Park and it was hard to see the other side of the pitch. With the Six Nations reaching its climax and the ‘Mini Beast from the East’ having its say, the fans who came out really do deserve a mention.

Macclesfield wasted couple of chances but under the circumstances it was forgivable, but at times were not allowed to make the gainline carries they sought by a tough set of forwards. Luctonians were restricted to kick chasing their box kicks a lot by a resolute Blues’ defence but did run into space when the chances were there, they just lacked a bit of cutting edge behind their big pack. The Blues looked more likely as the weather improved and the sunshine returned just in time for the half time interval.

The Cheshire side started the better after the restart, showing intent and put together some good phases gaining ground, and 6 minutes into the second half, after the chase of Davenports’ kick through (following his own break) forced a mistake by the defence, the Cheshire side scored of the resulting scrum through Lewis Barker who converted himself (21-0).

Moments later, Macclesfield showed the kind of clinical finishing they have sought all season, and put their best attacking set of the day together, starting from the edge of their own 22 and filled high tempo and over the gainline carries from the likes of Big Billy Robinson and Franky Barker before Broster broke down the left then combined with Parkinson to put Myles Hall under the posts and secure the 5 pointer (28-0 on 48 minutes).

The Blues rang the changes, brining in the likes of Toby Twigg, Phil Laing, Tom Poole on to up the forward energy, and it was a good thing they did as the remainder of the game was pretty much played in the Blues’ ’22 where they were made to withstand a lot of pressure from Luctionians. James Hampson came on at 15 and Lomax moved to 10 to wrap Lewis Barker in cotton wool, a player who again was at the heart of everything. But the visitors’ pressure paid off as they picked up 2 hard fought late consolation tries, both from Centre Kelly.

Luctonians appeared better than some of the sides that have come to Priory Park, while the Blues played well in attack, knocking the stuffing out of their visitors early in the second half with some classy play.

Next week is another big game as it presents an opportunity to pick up much needed points, away against Sheffield who they only beat 2 weeks ago. It is likely to be tougher at their place!

“It was always going to be a tough game, when you play teams’ around you, they are certainly bottom of the league and are fighting for their position, a bit like we were back end of last season, and every points counts when you are fighting to play National 2 Rugby. Thankfully the boys won, it wasn’t the greatest of performances but got over the line in the end and that’s all that matters, 5 points. It was a big win for us today in very testing conditions.”

When the coach brings the passion! 😤 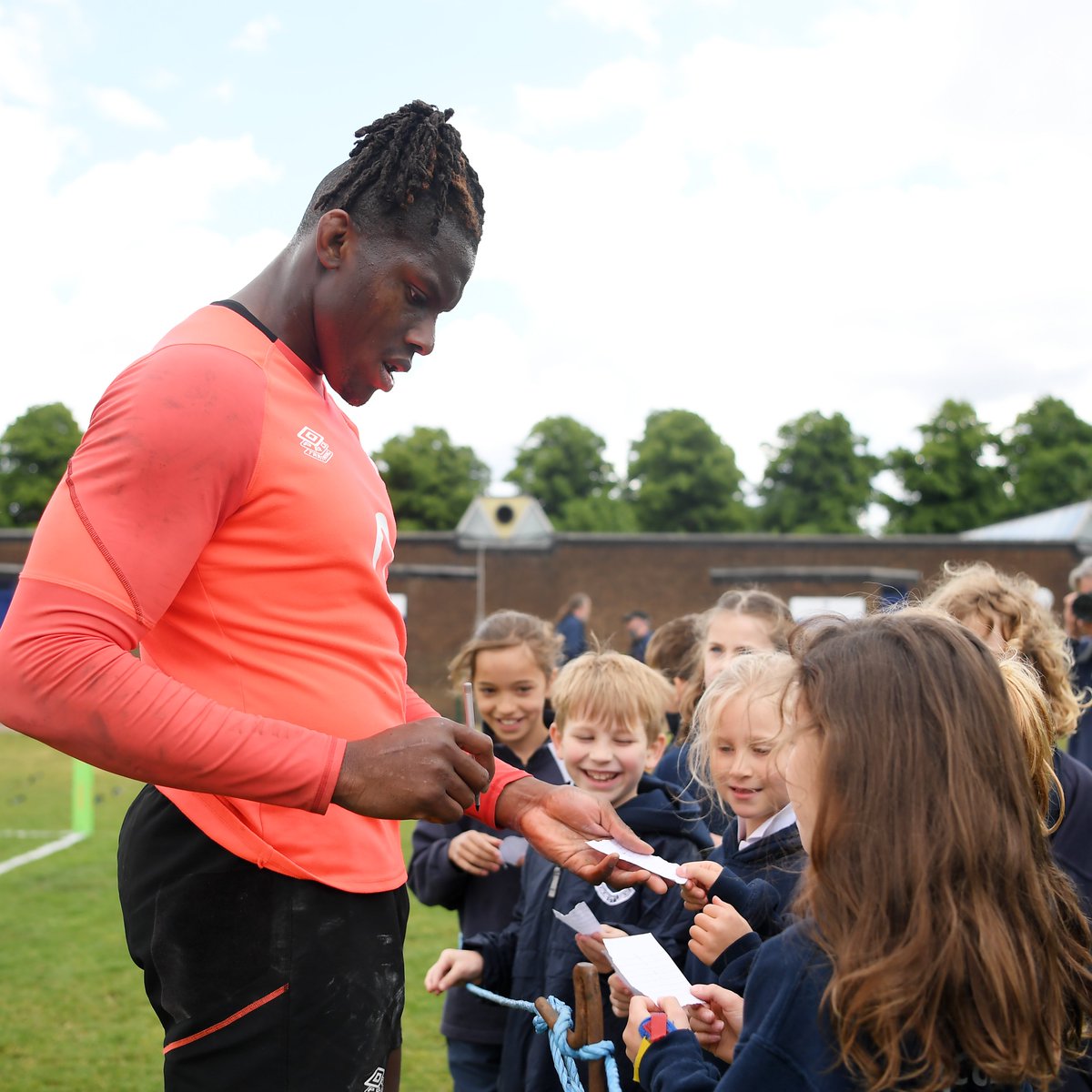