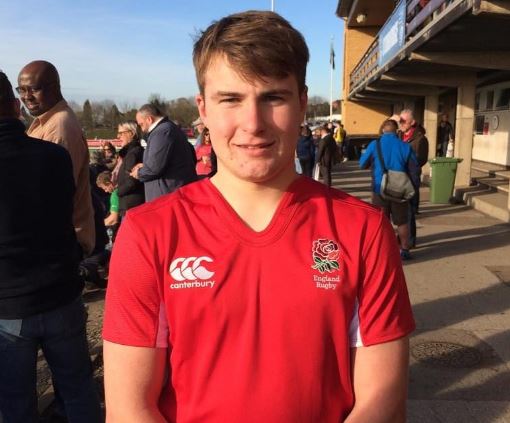 Macclesfield u12s were invited to a friendly against Stockport.  The game was to be played under floodlights, a first for all our lads.

Once there we realised it wasn’t going to be a nice runabout, Stockport had pulled out all the stops to beat us.   We were shown our changing rooms to which all the lads loved, only to hear thumping music coming out of the Stockport changing room.

If intimidation was on the cards, it was working with our lads not knowing what to expect.

A quick assessment by coaches and we knew this was going to be no ordinary game.  The pitches were all marked out professionally and there was a tunnel leading out onto the pitch with a trophy at the entrance.

Now was the time for our lads to start concentrating and they did just that.

Every coach had both teams pumped and raring to get on the pitch.  The Stockport lads had the upper hand in size on both of their teams with their tallest lad looking more like a 16-year-old!!

I wish to thank all a lads for a great game in the true spirit of rugby and thank all the coaches and parents for what was a great occasion, that we hope to continue next season at Macclesfield.  Also, I would like to thank Stockport for their hospitality and making this a truly enjoyable experience.

Our U14’s team have come so far in the last season, and they booked their place in the Cheshire cup final with a win against Sandbach. The boys were focused from the off and dominated in every area. Strong gritty work from the forwards, silky handling and line breaks from the backs was a pleasure to watch for all in attendance.
Sandbach battled until the end and got a well-deserved try. It was smiles all round at full time for the Macc boys who have worked so hard this season. 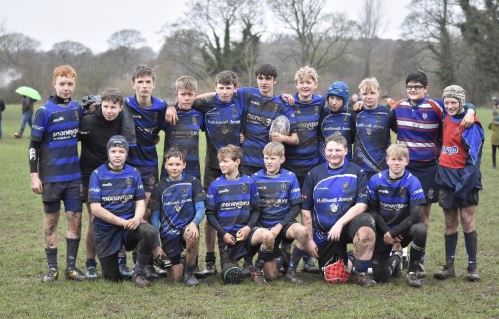 A game of two halves!!

We struggled in the first half to get our game flowing despite Carl setting up the first try in the first minute of the game with a barnstorming run; great support from Jack C saw him go over and we go 5 nil up early on. That was probably the highlight of a first half that saw us rush things leading to indecision and poor execution of our skills. We went in at half time 5-8 down staring down the barrel of a cup exit!!!

Some “calming” words by the coaches and some mature talking from the players in the leadership group, namely Louis Grey saw us start the second half camped in the Birkenhead 22m zone. This is where we wanted to play rugby, and this is where we stayed for the majority of the half. Two well-worked tries saw us pull away from Birkenhead who was tough to break down. Birkenhead managed a consolation try in the 6th minute of overtime due to a number of infringements from Macc.

Although we are through to the Bowl Final (2nd tier of the competition), we will have to work on our discipline as the basic errors at the offside line are really hurting us as a team. Anyway, plenty of time to correct that. Well done lads and congratulations on reaching yet another final to be played on Sunday 5th May at Crewe & Nantwich RUFC against Bowdon RUFC!!!!

You really do make us proud coaches, every one of you who have helped the squad throughout the season to get to this stage!!! 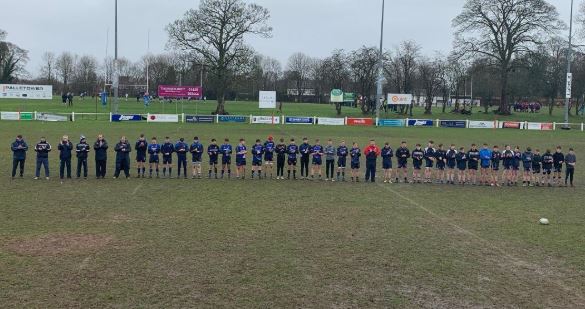