Macclesfield’s season closed with the usual gathering of former players for their annual pre-match buffet lunch where many memories were swapped before, on the field, a convincing victory for the home side against a game South Leicester outfit that sadly join us in relegation for next seasons campaign and the team building must start now in readiness for September when we will be playing in the North Premier League and where we  will renew acquaintance with many former rugby friends both on and off the park.  Rest assured it will not be easy…

In National Two North for the final weekend Champions Hull Ionians won a close Yorkshire ‘Derby’ at Sheffield Tigers before they move up to the dizzy heights of National One and Chester in 2nd place now look to a ‘playoff’ at Canterbury to see if they can join them.  Sadly for Macclesfield it is now time to regroup and renew acquaintance with the likes of Harrogate, Sandal, Lymm, Wirral etc., in the North Premier League where make no mistake, life will not be easy for any relegated side and it will be interesting to see who stays and who goes along with any newcomers for that important campaign as all clubs at that level will use us as a ‘marker’ for their progress.  Watch this space from whoever takes over this weekly article.

Away from the 1st XV the second team closed their season with a good win over local rivals Sedgley Park (22-12) to finish 2nd in the table behind Caldy who only lost one game in the late season period and are deserved winners of the Cotton Traders Conference ‘A’ League. Sadly the 3rd XV allowed Rochdale Seconds a ‘Home Walkover’ – not, in my view, a particularly good end to the season but hopefully better things next season.  The only results I am not aware of and no doubt there will be a comprehensive report on their return is that of the 4th XV who have been on a trip to Gibraltar and my thanks to Terry Robson who has kept this team in the spotlight with his regular reports throughout the season and has made my life easy in that respect.  Hopefully next season we will see similar efforts in the press from the 2nd & 3rd teams to publicise their status, as well as regular mentions in this column from whosoever, takes it on.

Following the game on Saturday it was my pleasure, along with many others, to go just down the road from the club to Fallibroome Academy, where the always excellent Macclesfield Male Voice Choir put on their Annual Gala Concert.  One or two of my former rugby and cricket colleagues are in this group and it was a lovely way to end Saturday and the Rugby season.

I cannot close my stint without my regular brief mention of that ‘other’ rugby game I was privileged to play and watch as a teenager back in Warrington back in the 1950s as my team had another good ‘W’ over Huddersfield on Sunday.  Huddersfield and the George Hotel, in particular, has a great bearing on the history of both codes of our great game as any historian out there will know after that famous meeting way back in  1895 when the ‘breakaway’ took place and Rugby Football League was born.

However enough of that and although it is time consuming each Sunday I must say I have enjoyed all the research I have done over the years to get this column out to you and hopefully come August/September there will be another ‘Clubman’ to continue this role on behalf of Macclesfield RUFC – watch this space… I will be but on the other side of the fence!!

Thanks for reading my ramblings over the years – I now put my pen to rest,

Enjoy your Rugby – I do.

Macclesfield Rugby took 44 players and supporters to Gibraltar where we played against the Royal Navy and won!

Join us as the women and men’s teams go head to head in a charity match in aid of East Cheshire Hospice! 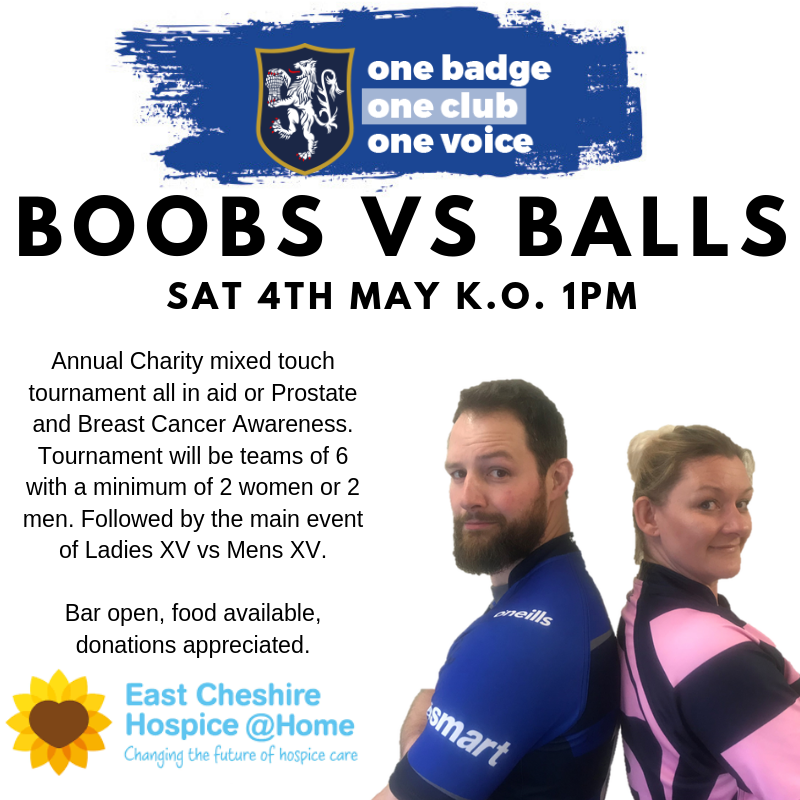 Following his big game representing England last week, we briefly spoke with Harry Oliver to get his thoughts on the game!

Click here to catch up on last week’s game against South Leicester!

The next season for MRUFC

Check out the video below to hear a few words from coach Andy Appleyard regarding next season!