Taking the lead this year will be Lead Coach, Andy Appleyard (Apps)

Apps joined MRUFC last summer as the Attack Coach and has implemented his unique style of coaching over the past season, influencing a culture shift. Stepping in as head coach at the end of last season, he is now ready to guide the staff and the team to success.

“I’m excited to get the season underway, we have assembled a great management team who all carry specialist skills. We are super keen to get started with the boys and things are stepping up; pre-season will be tough, hell for some.  If they have the minerals to get through it they will be a part of something special, share a great journey and create some quality memories”

Rick Jones (Jonah) joins us form Wilmslow RUFC. Rick, who is an ex MRUFC 1st XV Captain with over 500 games, left 7 years ago to learn his coaching trade.  He became head coach at Wilmslow and coached for 8 years at Kings School Macclesfield, where he is now forwards coach for the first team.

“Really excited about being back at Macc & working with all the staff and players & getting us back to the national league where we should be. The club means everything to me & my family. Cut me in half I bleed blue”
– Jonah

“Rick will bring new ideas to our pack but more importantly is keen for the boys to show leadership as well, he will help us build on the strong foundations we laid last year. Great to have him aboard”
– Apps

“It’s an absolute pleasure to be on board with the 2nd XV next season. I owe the club and community a lot since moving to Macclesfield in 2016, many of the players and members helped me settle in.  The guys showed what they were about at the end of last season, and this time I believe we can go one better”
– Langers

“Langers is a great guy and a good coach, I’m really pleased he is on board this season. The 2nd XV is an extension of our whole squad, we need the 2nd XV set up to be a professional and challenging environment so lads are playing quality rugby”
– Apps

Matt, a master in statistics and video analysis, starts his 5th season at Macc.

“I had said my goodbyes at the end of last year but a change in circumstances has happily allowed me a 5th year at Macclesfield, in which I’m looking forward to progressing the lads I know, and some new ones.  I am excited to be part of a new coaching team, and between us I hope we can be in the mix for promotion back to National 2 in April 2020”
– Matt

“It’s great to have Matt this season, I was a little worried at first as the quality of his work is immense. It would be a hard task to find someone of his calibre so it’s great for the club he is able to continue for another season”
– Apps

Mike Carolan returns, previously at the club for 5 years in National 1 and  2, Mike will now head up the sports science and medicine.

“I’ve come back to help rebuild the great success and culture of the club with a new team made up of both old and new faces, I look forwards to the challenges ahead”
– Mike

“Mike will be a fantastic addition to the team, some of the boys know him and know his skill set, so it will be great for that to develop with them and our new players. Mike’s CV is class and I will be encouraging him to bring anything to the table to help take this squad to the next level”
– Apps

Megan has been at Macc a year now.  She graduated university with her degree and is currently studying a masters in Strength & Conditioning.  Meg has also been working with Lancashire RFU.

“I’m really excited for Meg, she did a great job for us last season stepping in when Ollie (former head of Sports Science and Medicine) left, but now she will be surrounded by some real experience to help her develop her skills further and grow her career ambitions to work in Rugby Union”
– Apps

Jason is the Founder of 5S Fitness Ltd. He is a highly experienced Strength & Conditioning Coach who has worked with professional athletes from countless sports, specialising in both the development of elite level performance and reconditioning after injury. 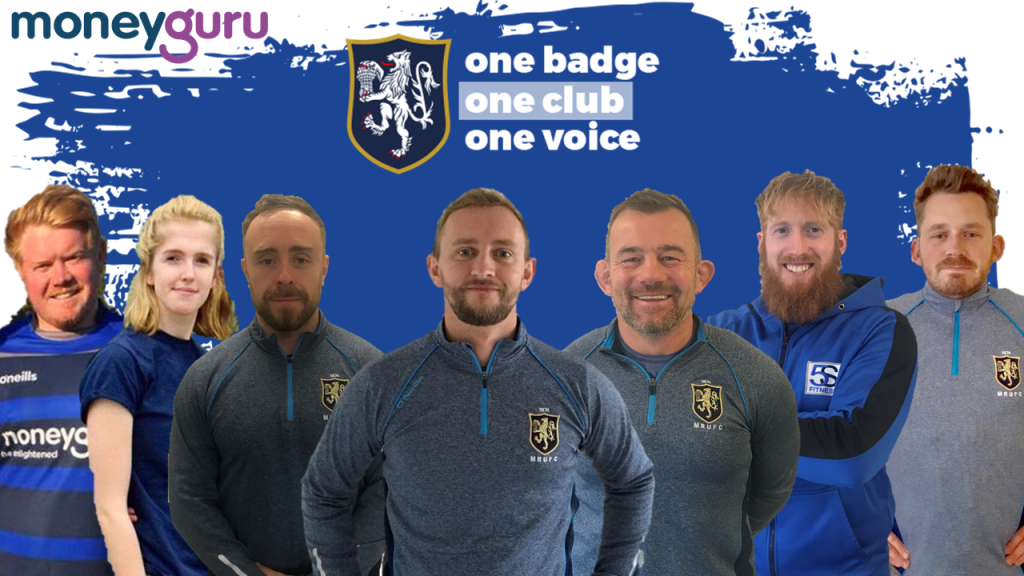