With so much to look forward to, be sure to stay up to date with the latest from MRUFC!

Everyone interested in rugby has their attention shared between the Rugby World Cup and the fortunes of Macclesfield RUFC.

There is lots of drama over in Japan. Fortunately for England supporters, all England’s remaining fixtures will now be played at the weekend. At the rugby club, The Spiral Lounge and bar will be open and breakfast will be available for those who want to come along and watch the world cup on the large screen TV.

This was the biggest win Macclesfield Fourth team has ever recorded in its history. In so doing they scored 12 tries, including hat tricks by Kieran Merriman and Matt Price.

The fourth team was created when Peter Harper, the father of the current Club President, took over the captaincy in the 1970s before the side eventually morphed into the Veterans Team. Searching through club records there is no recorded victory of this magnitude.

Join us on Saturday 5th October for England v Argentina starting at 09:00 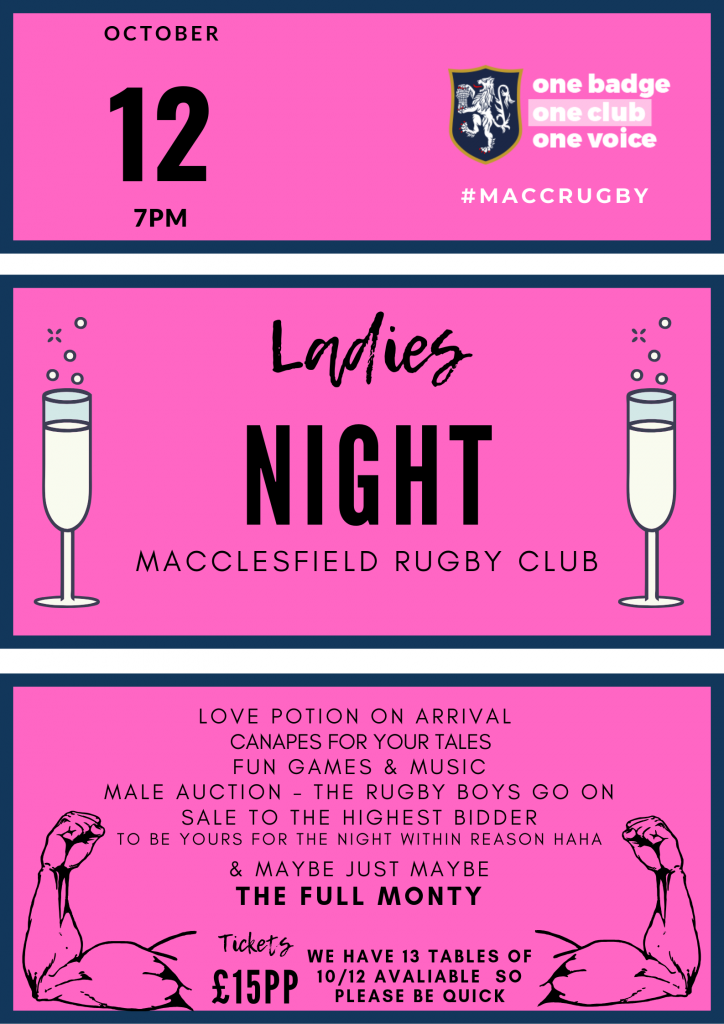 Tickets are still available for our MRUFC Ladies Night, so book now if you haven’t already!