Catch up with the latest news each week with our In Touch newsletter!

It seems that the atmosphere at Priory Park improves with every home game. Possibly as Christmas is coming all the spectators were in jovial pre-festive holiday mood. As Lymm, our opponents, hadn’t submitted their team sheet, in time for printing, Andy Appleyard named their players after Santa’s reindeer, so we had Dancer and Prancer in the second row, Donner and Blitzen at half back etc, and on the bench the replacements were Sleepy, Sneezy and Snow White.

Macclesfield gave their supporters an early Christmas present with a win over local rivals Lymm, after 2 defeats including the last minute sickener away to Rossendale and the plucky but narrow loss at home to table-toppers Billingham.

There’s nothing like a comprehensive win to generate euphoria in the changing room and the bar after the game – and the atmosphere around the boys was of happiness and ecstasy. Team Captain Jeremy Bostock and skipper on the pitch Nick Smith communicated this passion and radiated their pride in the team. After dispatching Bedians it was their Christmas Party in Macclesfield with the players sporting their Xmas jumpers in preparation for painting the town blue!

Harry Harding, at 19, is one of the young-guns in the first team; straight up from the Colts with Will Davies and twins Harry and James Oliver. He speaks volumes for the set up of our Colts Section, praising the efforts of Chairman of the Mini and Junior section, Phil Mason. 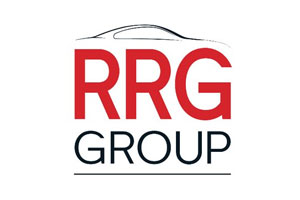 The North’s leading car dealer group From humble beginnings in 1967, the RRG Group has grown to become one of the biggest and most successful Dealer Groups in the North representing numerous brands across 23 centres in the North West and West Yorkshire. We would like to thank RRG Group for their sponsorship over the years!

Friendship. Family. Strength.💪 That's what rugby has given Patience. Listen to her story now at women.rugby in partnership with @Mastercard #YouthUnstoppables | #WomenInRugby