Macclesfield RUFC is delighted to confirm that the majority of our current squad have signed for the 2020-21 season. 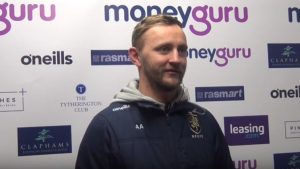 Lead Coach Andy Appleyard explained how important this is for the Club and the players: “The current crop of players have been on a true journey of discovery for the past 10 months. The season has provided plenty of ups for the boys but also given us some good, but challenging, learning opportunities. Despite our quality we have still lots to learn, but the boys are the first to say this, which shows how honest and strong our culture is. The senior players continue to develop as quality leaders, and link well with the youth in the team. The younger players have adjusted well to the changes that senior rugby forces them to make from their junior careers. It’s a big step-up but all our younger boys have shone and improved week-on-week during the season.

The news that most of the squad has signed for the new season is great for the Club; it again shows the brotherhood we have. This consistency will provide a solid foundation through pre season where most squads see players come and go, our boys will be committed with their eyes on the prize. I know the boys will be itching to get back to training to further develop our identity and take what they all deserve.” 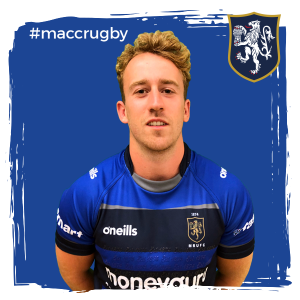 Tom Morton will again lead Macclesfield as Captain, and had a little to say looking towards next season: “This year obviously hasn’t finished the way we would have wanted, while still being in the hunt for promotion, but much more important are the other things going on in the world at the minute. I would like to send my best wishes to everyone who has been affected in these challenging times and I hope that as a community we can all stay safe in the coming weeks ahead. Please do shout out if there is anything that anyone can do to help.

Looking ahead, we have been through a number of experiences, during this season, which has been great for the development of the team. This was the first senior season for several of our current first team players and will hopefully mean we can push on next year.

We have developed a culture that makes boys want to play for the Club, and more importantly, build some lasting relationships. I’m sure all will turn up to the new season wanting to stamp their mark on this league more than ever. With some strong teams dropping down from Nat 2 it will be a tough league, but one we are looking forward to.”

After his first season back in the blue, Forwards Coach, Rick Jones talked about how the forwards have performed and the importance of retention: “As Forwards Coach I was really pleased with the way the pack performed throughout the season. Dominating most of the sides at the scrum, and with the lineout running smoothly it gave us a good platform to play off. Finding out that over 95% of the forwards have signed again for next season gives me great pleasure to be able to work with them again and push them to get even better than we were last season. We do have a very good, but young side; and thankfully it’s great to have the support of two of the stalwarts signing again. Billy Robinson destroyed anyone he came up against, in the front row, until his extremely unfortunate injury in January; and his partner-in-crime and our Vice Captain Sam Moss, was pretty much ever present in all the games he played in, and also top try scorer in the forwards. Their return for yet another season is probably the most pleasing, as their experience will be crucial to our challenge to win the league.

The re-signing of Jordan Simpson, Dafydd Rees and James Oliver, in the back row, gives us some continuity and allows us to develop them into even better players than they already are.

It’s been a pleasure to work with all the forwards at the Club, most weeks we have 18 of them down training so it’s always very competitive!” 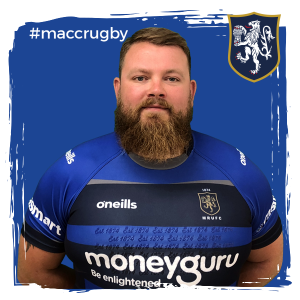 Other players in the squad have spoken out about the journey ahead. Fans favourite Big Billy Robinson looks ahead: “After a disappointing end to the season, I’m looking forward to get back out there and challenging for the title…. with retaining the majority of the squad, I believe we will be up there come May.” 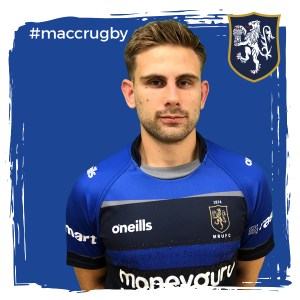 Fast feet (and get out of jail) winger Myles Hall commented: “I’m really looking forward to the season ahead. We have learnt lots as a collective and I feel we are in a very strong position to contend for promotion again.” 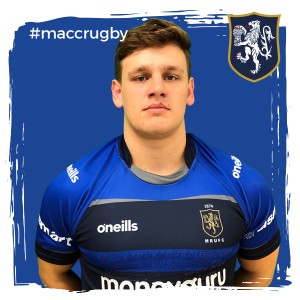 Dafydd Rees also looks forward to what will be his third season at Macc: “It’s been a great year so far and we are creating a real team ethos here at Macclesfield. It’s always disappointing not to get promoted and especially in such circumstances but I’m now focused and very excited to learn and develop as an individual and as a team in the North Premier. The attitude and belief are some of the main reasons I can’t wait to get back out there next season – and to right a few wrongs!” 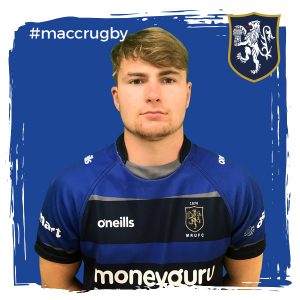 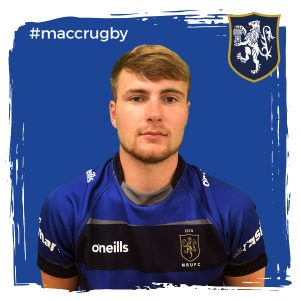 And the exciting young Oliver boys had this to say, Harry: “Looking forward to another successful season at Macc next year. We learnt a lot last season and feel even stronger going into the next season, and feel that this will be the season for promotion to National 2” James: “It was a great season last year, learnt a lot, massive season ahead, feel like if the season was fully completed we would have achieved promotion to Nat 2 and this is the goal for next season.” 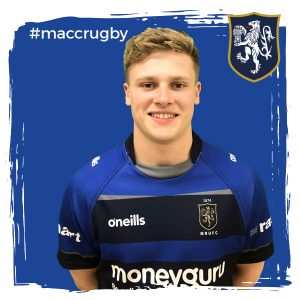 The Club does say goodbye, for now, to the outstanding Will Davies who has had a fantastic first full senior season at Macc; he leaves to study at the University of Northumbria. Will signed off with the following: “I have really enjoyed my first full season of 1st XV rugby at Macc, it has been extremely special being able to run out at Priory Park and represent my home club. Coming in as a young lad the boys made it incredibly easy to fit in to a great team that can boast a variety of young and experienced players, all talented and committed creating a great team spirit and ethos.

The coaching and professionalism is second to none and has really helped me continue to develop as a player. The season has ended early and didn’t quite finish the way we wanted it too, all the team were prepped and ready to finish the season strong. I’m sure next season everyone at Macc rugby will do what they can to gain promotion into National 2 North.

The team spirit and preparation reaches its peak each week after Thursdays training when the squad enjoy some food and socialising together, away from the rugby pitch. The atmosphere and culture at the Club is great both pre and post match and busier than I have seen in all my years of going down (from 4 years old). It’s sad to have to leave without the playing season fully completed but I’m positive I’ll be back in a few years time. I would just like to thank everyone at Macclesfield Rugby Club for making my short time here very special. I’ll see you all soon, cheers Will.”

Appleyard talked about Will Davies: “It’s always sad when you lose players, and Will is definitely one of those you want to keep hold of but we all do wish him all the best at university, it will be a great experience for him and I’m sure he will play some good rugby there too. Will has been amazing this year, as a young man he has a refreshingly mature attitude to his rugby and has always been able to deliver when needed on the pitch. I’ve enjoyed coaching Will and look forward to meeting his brothers on the training pitch and I’m sure we’ll see Will again in the future”.

It may go unnoticed by some, that the majority of this excellent squad is ‘home-grown’. It’s a reflection of the quality and standard of the coaching, at the younger age groups, that the pathway to the senior squad is proven and successful. A fantastic boost for all young players: “That could be me”. We continue to work on this pathway, the latter stage being from U14s/U15s and Colts; the Colts needing an influx next season to keep the ‘life-blood’ of the Club as successful as it has been in the past.

It has been a joy to watch this talented squad perform this season; they deserved more out of it, but look to be charged with a spirit and commitment to give it their all in the challenge ahead. The camaraderie built last season, is evident by the fact that none of the players wished to sign for other clubs, all involved should be applauded. No doubt Andy Appleyard will also be on the lookout to bolster the squad where needed.

🎭 The player who was different on and off the pitch? ❤️ Most memorable game to ref? 🎨 Favourite colour? 💬 @Nigelrefowens is always on hand to answer @emirates fan questions Got one for Nigel? Leave it below to feature on #WhistleWatch ⤵️

⚔️ One of the greatest RWC rivalries of all time Who else can't wait for @FranceRugby 🆚 @AllBlacks at #RWC2023?

British and Irish Lions series deciders: A look back 🏉 For the third tour in succession, a Lions 🦁 Test series comes down to a compelling final-match decider. As a result, we look at five of the most recent 🇿🇦🇦🇺🇳🇿 👇👇👇

🇦🇷 Switching handball for rugby 🤾‍♂️ Will @CAHandball have what it takes to win? 06.08.21, 8pm BST #UltimateRugbyChallenges