Since East Cheshire Planning voted out Macclesfield Rugby Club’s re development plans, eleven to one against, there has been a sea-change within the Club’s membership. Until that time, the Club found it difficult to get any jobs done by members, and to some extent there was little enthusiasm as the building would be pulled down should the development go ahead. But the bad news heralded a new era. It was time for some DIO – Do It Ourselves; and there was much to do!

Long overdue was the refurbishment of the Club’s facilities: The President’s Suite, Club Lounge, Ladies’ Toilets, and building a wheelchair access lift; would all improve Priory Park for both the membership and the community at large. Add to that the refurb of the changing rooms and there was a lot to be done. Up steps James Jennings along with John Brierly to spearhead the campaign, leading the charge, organising work parties etcetera – the rest is history. This activity along with the One Club mantra has been a massive change agent for the Club; and when the first lockdown hit and we were forced outside, volunteers swung into action creating a new outdoor facility. One of the new facilities was the Petanque Course, brainchild of President Peter Harper, and last Autumn he came up with yet another idea, ‘The Roustabouts’! 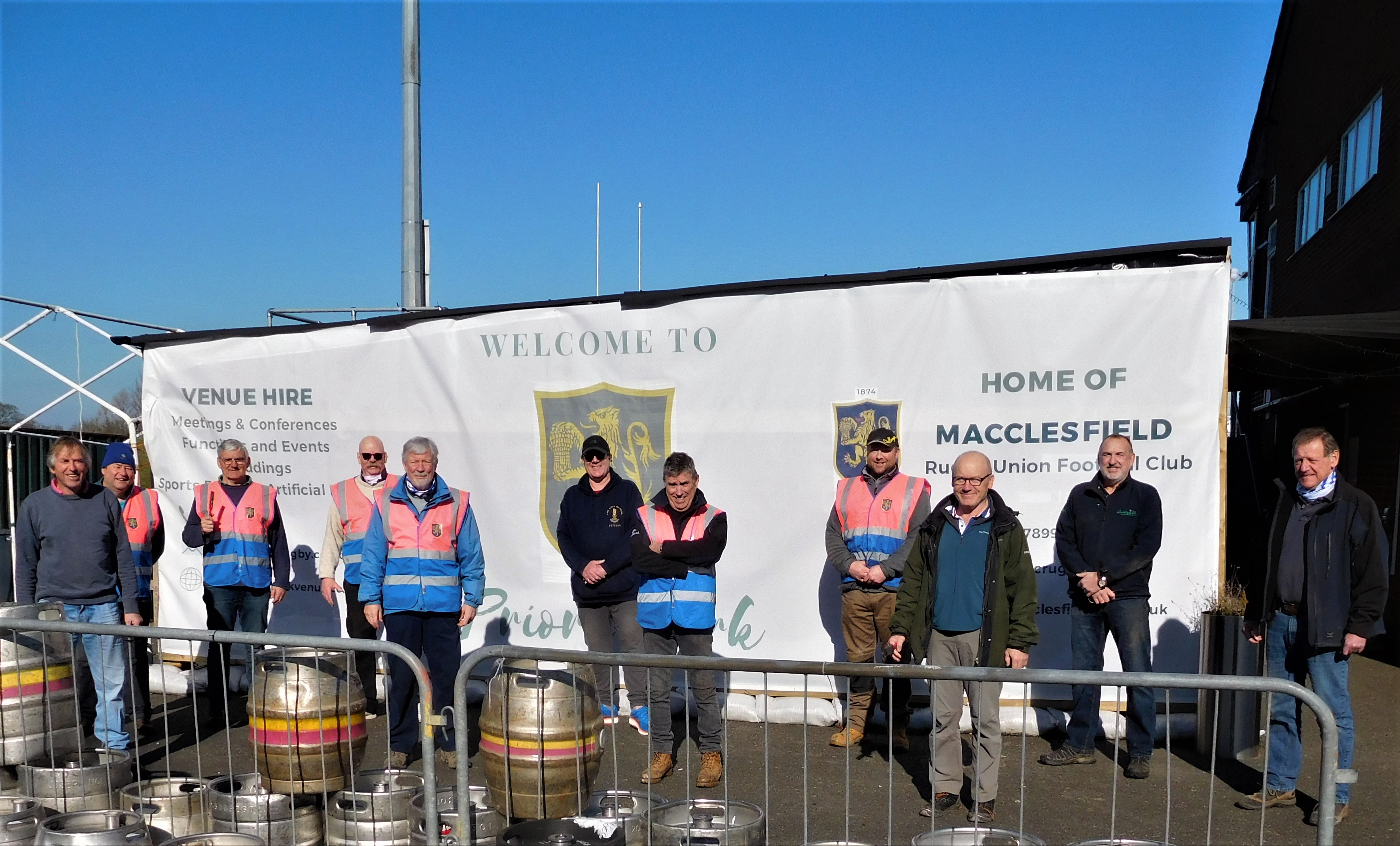 Peter realised that besides the work done by the Ground Maintenance Team every week, there was plenty of other work that was needed to be done around Priory Park. He mustered a group of the retired ex Vets along with Tristan Wood and Steve Sampson from the Walking Rugby group, to get involved. The first Tuesday morning saw a small group of volunteers start by cleaning-up the Priory Lane frontage, Clive Kirkham winning his badge as Chief Litter-Picker, whist others trimmed hedges. The local Upton Priory residents must have wondered what these senior gentlemen had done, to all be doing ‘Community Service’! The following weeks were spent dealing with the annual deluge of Autumn leaves. 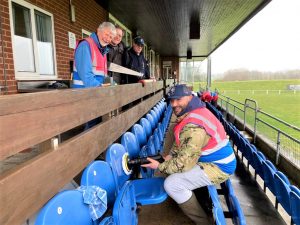 Since then. the Roustabout ranks have grown, month on month, as has their working party jobs-list; added to weekly by The Clerk of Works and General Manager Andy Appleyard (Soon to restart his active role as Head Coach).  Andy had this to say: “The main thing now is getting everything on track and ready for when we do come back. There’s a big focus now on the facility itself: one, that we’re safe and two, that we’re functional for when hopefully big crowds come back to Priory Park. There are waiting jobs that need to be done now, while we have the time; and then those jobs that will just improve the facility for the future”. Andy went on to say that many clubs have a make do attitude, but that at Macclesfield the new vision is to build a high-quality club and to do that you need high-quality facilities. He sighted The Sin Bin outdoor bar as an example: “Whilst this new facility is a fantastic improvement, we will continue to work on it, with new flooring and furnishings – making it as safe and as enjoyable as possible for the Summer”. Andy hopes that even more join the Roustabout ranks to get everything done for the Summer. 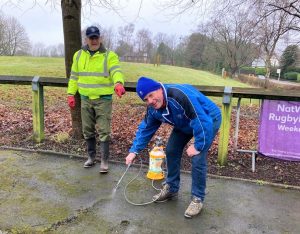 Blocking the Hall of Fame corridor were new recruits and ex First Team captains: Dave Worthington (Worthy) and Cheeky (Anthony) Walker. Worthy, like Harpo, had recently sold his Ground Maintenance company and subsequently found that he now had the time to put something back into the Club. Worthy told me that he got the rugby bug at a very early age: “As a toddler, my parents would drop me off at Tytherington, they had a free creche for kids to chuck a rugby ball about, I was four and my brother was only three. It was a bit of relief for them, and all the parents would go off to the Tythy Club for a drink. We would get plastered in mud and jump in the bath afterwards with the older lads; when we were old enough, we joined the Minis, and that was the start of it”. After school rugby Worthy would go on to play for the Army and the Police Force, becoming captain of Macclesfield. Worthy is well remembered for his explosive play from number 8 and being one of the toughest players ever to play rugby at Macclesfield, if you ever played against him you wouldn’t forget it in a hurry! I tried to interview him for our ‘Best Ever Games’ series; the two wins against Sale in the 90s but he declined saying that: “They all merged into one Wilkey”, referring me on to the oracle, that is Matt Harding. Besides bags of experience, Worthy brings some excellent big boys tools to the Roustabouts.

Cheeky Walker, paint brush in hand, which was thankfully socially distanced, had captained the 1st XV a few years before Worthy in the late 80s. He recalls: “It was when the North West Girobank League started, the forerunner to the game going open”. It all started on the 17th October against Cockermouth at Priory Park, the young team that day featuring many future stars at Macclesfield. Cheeky recalls: “In those first few years Wilmslow would yo-yo with us until we got our noses in front, and then we’ve stayed there ever since!”. A mere 31 years, but who’s counting! 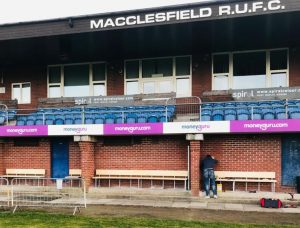 The list of jobs provides more than enough for the Tuesday morning sessions, with notably Steve and Tristan putting in extra shifts. However, The Clerk of Works has just published a new Jobs List and there’s a lot to be done; whilst the Roustabouts now number over a dozen guys they need to swell their number and possibly take on another morning. There’s work that can be done by anyone, whether you have skills or not. Besides general clean-up work, and painting, the team is in the last throws of refurbishing the stand. All of the seating has been refurbished, with new bench seating in the dugouts, including some classy woodwork from Pete Sampson (Scissorwood). As the weather improves there’s a list of outdoor jobs to be done including several paving projects and landscaping, also the continued development of The Sin Bin. Currently the major project in the Clubhouse is the design and build of a totally new bar. This, naturally. is being carried out by the professionals at the Club. If you have a few spare hours from 10.00am on a Tuesday come and do your bit and join in the craic.