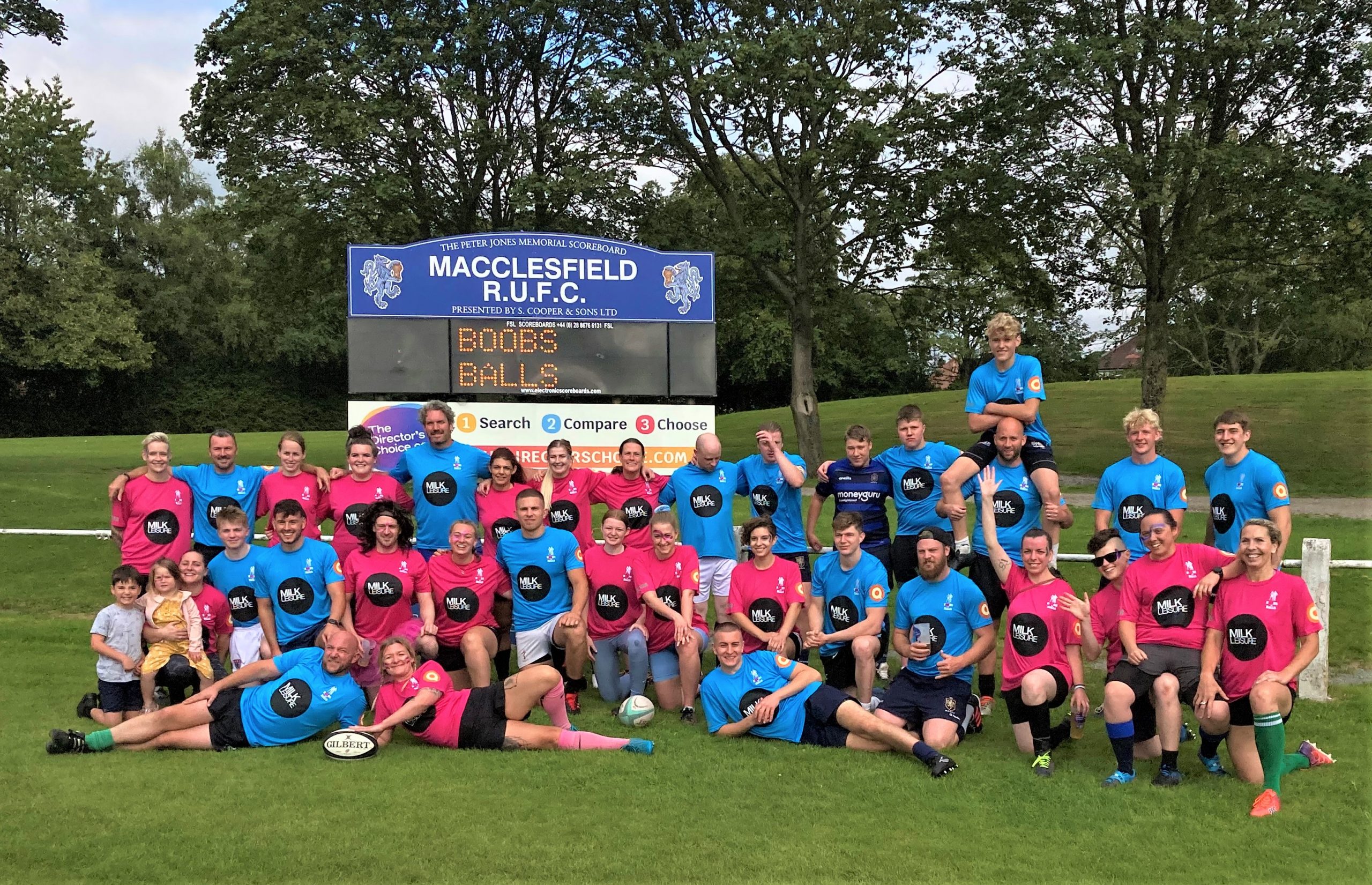 Organiser and player, Mandy Keogh, had brought together four mixed-gender teams to compete in an all-play-all, Touch Rugby tournament. U 16s, referee Tom Brierley officiated over the six pool games, and the Final to determine the eventual winners.

The Pool rounds saw the Ball Blacks and Help the Aged teams come out on top, to compete for glory.  A tense match resulted in a 5 – 5 tie; a drop goal contest then being selected as determining the ultimate mixed-team winner, which, after some decidedly dodgy kicks, the Ball Blacks managed to slot-one-over and come out on top! 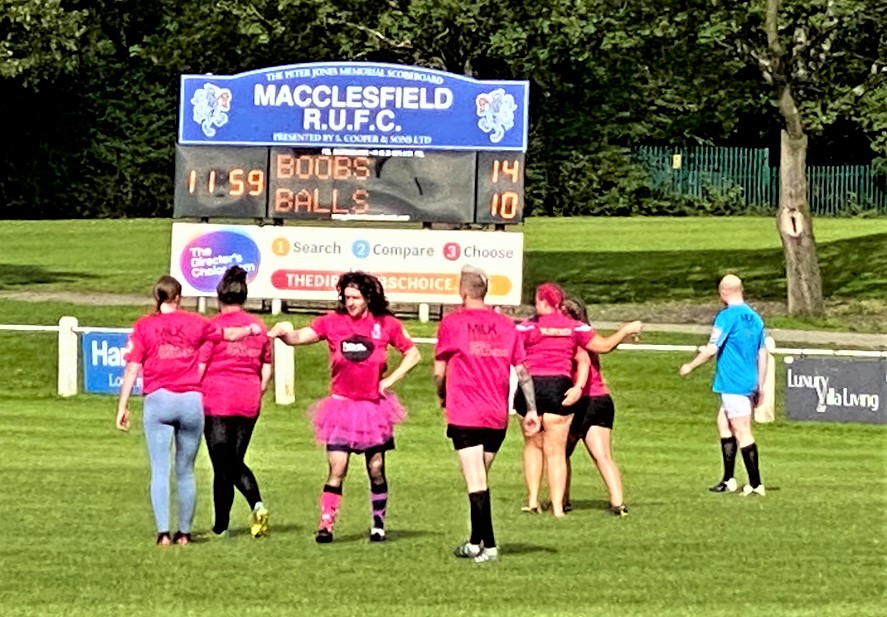 The Finale was to be BOOBS v BALLS/PINK v BLUE in a glory-takes-all 15-a-side, full-pitch final-fling – and it was! The ball was flung about, not always in the right direction, but the BOOBS new where the try-line was. The fellas were rightly flustered as the Ladies showed-off their silky handling skills. It would be wrong to single-out any particular Ladies (BOOBS) as they all played their part in battering the Boys (BALLS) 14-10! 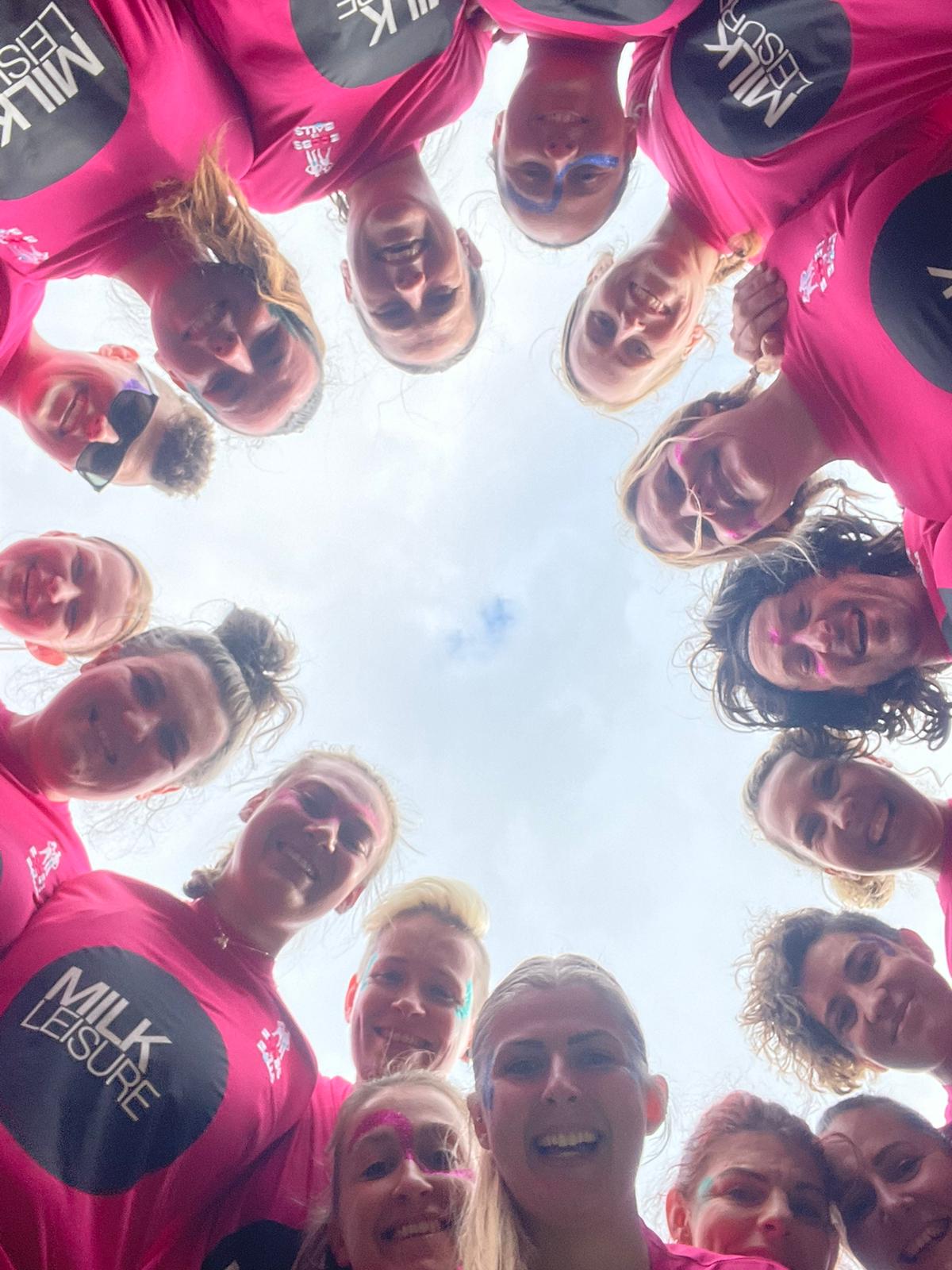 A fantastic day was had by all, with money raised for two fantastic causes, this year being:   Macmillan Cancer Support and East Cheshire Hospice, In memory of Nigel Rosser, Mandy’s Dad who had sadly passed away recently. A fantastic £1400 was raised with donations still coming in; anyone wishing to donate should contact Mandy at:  amanda2209@outlook.com.