There was plenty to laugh at, at Macclesfield Rugby Club on Saturday, but not at 7.00 pm in front of the TV screens, but more of that to follow.

Creating income streams, outside of weekend rugby, was something that the Club realised was essential to fund the continued development of Macclesfield Rugby and the Priory Park facilities. To that end the Priory Park Venue was born to facilitate events of all kinds, the Clubhouse has had a complete overhaul and is now in regular use for community events along with outdoor bar and eating facilities 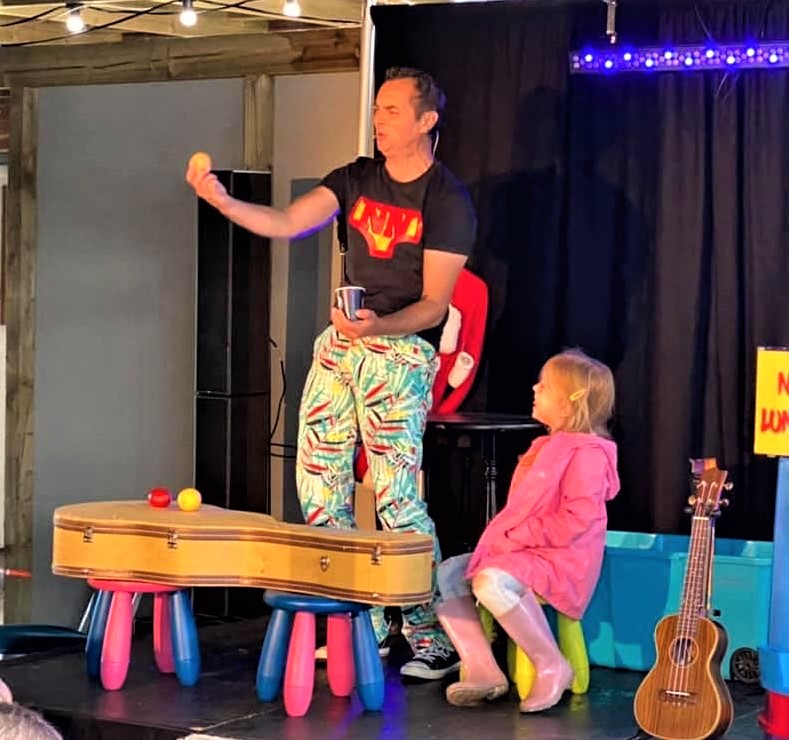 It’s a laugh a minute for the little ones

Outdoor events kicked off with the hugely successful 7s tournament, in July, and this Saturday saw the first Comedy Festival organised by Nodding Dog & Gag Reflex. Sadly, the weather put the festival undercover but this in no way dampened the affair. There were 3 hours of fun and games for kids and families with entertainment from TV and award-winning comedians. Saturday night was something special with some top-liners putting everyone in stitches! General Manager, Andy Appleyard, had this to say; “It was a class act, and they’ll be back next year even bigger. This Saturday it’s the Macclesfield Family Festival kicking of at 11.00 am with a full-on line up of entertainers and rides for the kids followed by the Adult sessions of Music and dance that will ramp up during the evening”. 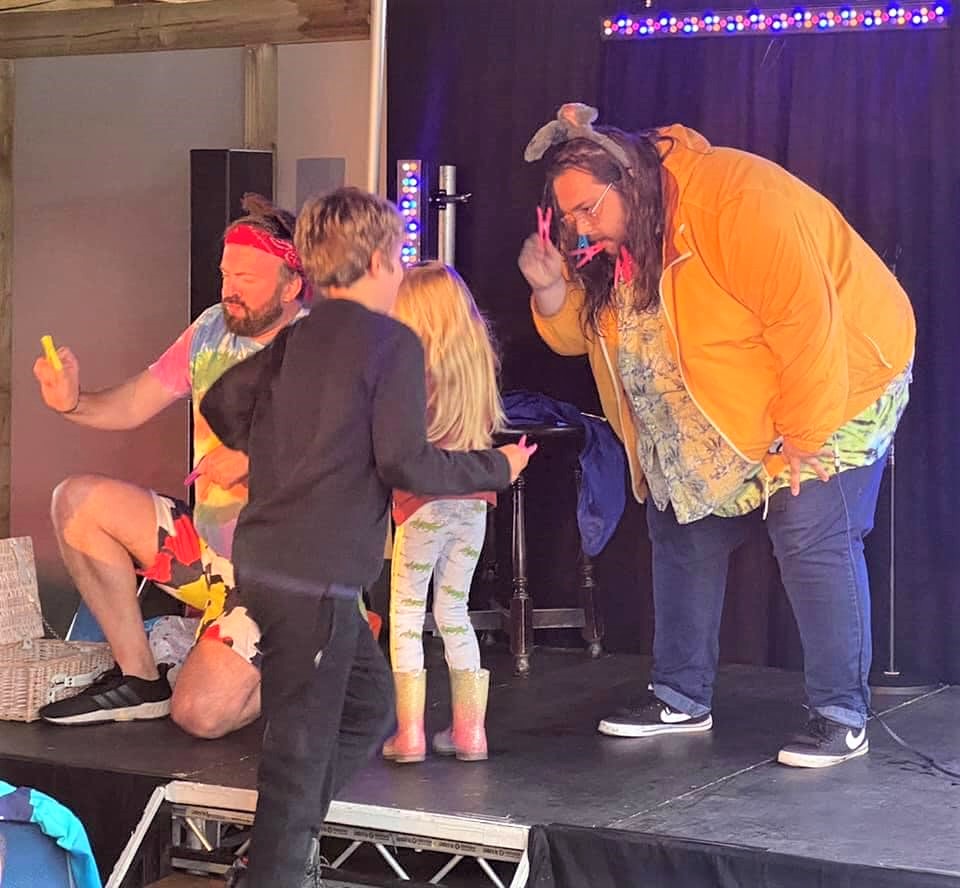 Family Fun and Games at the Comedy Festival

September 17th/18th sees the Club’s very own Food and Drinks Festival with beers and lagers from our local brewers plus plenty of food offerings. October has a double header with reprises of the “Umpah” Oktoberfest and The Priory Park Horror experience; and there is talk of a Bonfire Night returning to Priory Park.

It’s all good news for the development of the Rugby Club and Priory Park is now firmly established as Macclesfield’s top venue for entertainment and community functions: Click here to view

Coming into the third test all-square had set the scene for the battle ahead. The two previous tests had been controversial, the referees’ decisions coming into question on numerous occasions. This final test was to be officiated by a northern hemisphere referee, which will have pleased the Lion’s management. Mathieu Raynal, of France, showed his nous of player trickery, early on spotting the South Africa blocking tactics. 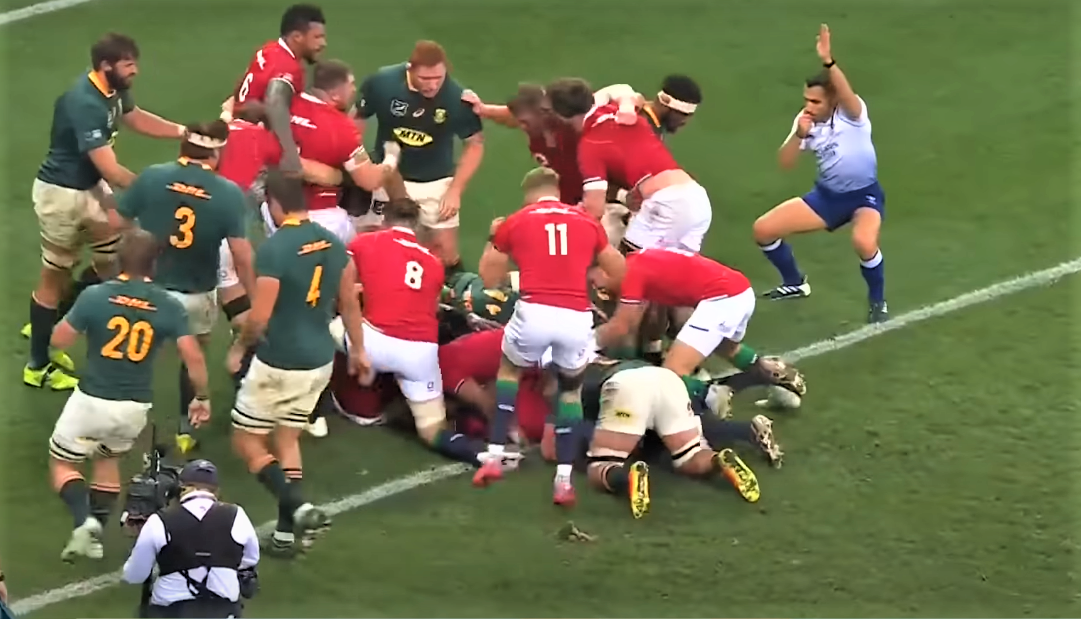 Lions barge over to take the lead

It was nip-and-tuck to start, both sides trying to move the ball, Dan Biggar failed with his first shot at goal and within minutes he was off the field to be replaced by Finn Russel. Penalties were traded but Russel, standing flat, was pulling the strings, South Africa were under pressure. The Lions spurned an easy shot at goal to go for the corner, and it proved to be a worthy gamble, with Ken Owens being driven over from a lineout maul. It was now all Lions for 20 minutes, South Africa not being able to live with the pace of the game, but at half time the Lions had squandered 14 points through poor individual decisions. First Liam Williams took the tackle, when a 2 on 1 with Adams was a guaranteed score; then Curry broke from a driving maul as it was about to cross the line, taking out Kolisi, Raynal’s whistle was quickly in his mouth. At half-time the Lions held a slender 4-point lead, 6-10; they should have been out-of-sight 6-24. 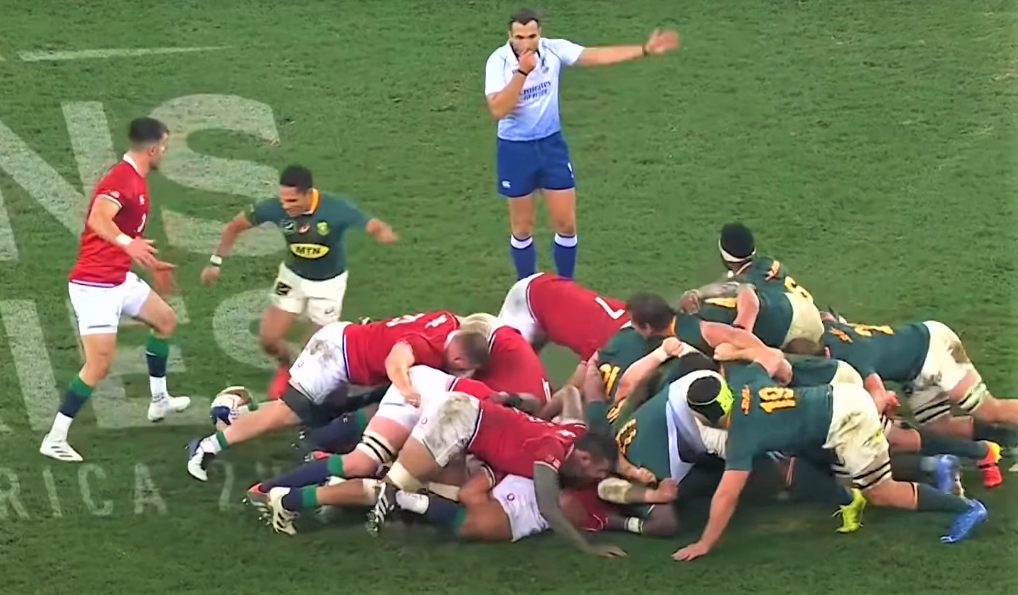 The Lion’s last chance collapses before them

From the restart the South African’s had a strategy to slow the game down, kick into the 5m channel and live off the Lions’ mistakes, and it was working. And then a 50/50 challenge from a Lions kick saw the ball ricocheting this way and that, but it ended up in the hands of Le Roux, who unlike Williams, had no hesitation in getting into the hands of Kolbe. And that was the difference; the best finisher in the world had plenty to do but he made it look easy, first going inside Liam Williams then using his pace to make Cowan Dickie’s challenge appear to be feeble. The Fourth Official was called upon for the obligatory, was it, wasn’t it a knock-on, but as Raynal’s on-field decision was a try, it was deemed there was no compelling evidence to overturn it. The game was far from over, but this was the change-agent!

It was all going South Africa’s way, they owned the air, either from the quality of their kicks or the Lions’ poor timing, either way it was ‘dejas vous’ knock-on time for the Lions, quickly followed by ‘dejas vous’ Morne Steyn time. Within two minutes from being on the field Steyn was slotting one from wide out. The game was now wide-open and the Lions were briefly back in the ascendency looking for the win, Russell drew level with another penalty, 16 -16, which was possibly a fair result, but with 2 minutes to go Raynal awarded the Boks a simple penalty, amazingly Jantjies took a quick tap kick, but then lost the ball in the tackle. But Raynal gave South Africa a second chance, adjudging that the penalty had not been taken from the correct spot, Jantjies heaved a sigh of relief. A simple slot for Steyn; there were seconds to go, the Lions got back up field winning a scrum in front of the posts, the scrum went down and Raynal quickly gave the match-deciding decision to South Africa – game over.

It had been a very competitive final test, and whilst not as controversial as previous, some of the scrum calls would prove to be decisive. In commentary, Nigel Owens was critical of several of the decisions: “Was the Loose Head pulling down, did the Tight Head loose his footing, was the Loose Head hinging”. Whilst Raynal picked-and-choose his decisions, he totally ignored the South African feed at the scrum, again picked up by Owens. The South African Scrum Halves stood at 45 degrees to the tunnel and fed the ball, virtually directly to the number eight. This level of feeding means that the Hooker can 100% concentrate on pushing. This is not part of the laws of rugby, and one would hope that World Rugby requests that referees adhere to these laws.

In retrospect, the series was not a great advertisement for rugby, negative game strategies by South Africa won them two matches but it was not compelling to watch, and as for Rassie Erasmus! Head Coaches are not allowed pitch-side, and after he flaunted the laws in the A fixture, running on as a supposed Water Boy, World Rugby should have stepped in – too late now. However, hopefully he will pay for his controversial rant on Twitter, a very poor example for respect in the game – rant over!