The Rugby Club’s golf day, is very much a social, fun day, as well as being a fundraiser for the Rugby Club. It is supported by an eclectic bunch from Macclesfield, as well as the Club’s membership.

On a typical autumn day, 18 teams took part in the annual Macclesfield Rugby Club Golf Day at the prestigious Tytherington Golf & Country Club. The weather was on the whole kind to us, the course played long but the greens staff did a miraculous job of getting the event on.

A good mix of golfing abilities were represented, no one was in danger of beating the course record, however on the day there were some excellent scores. 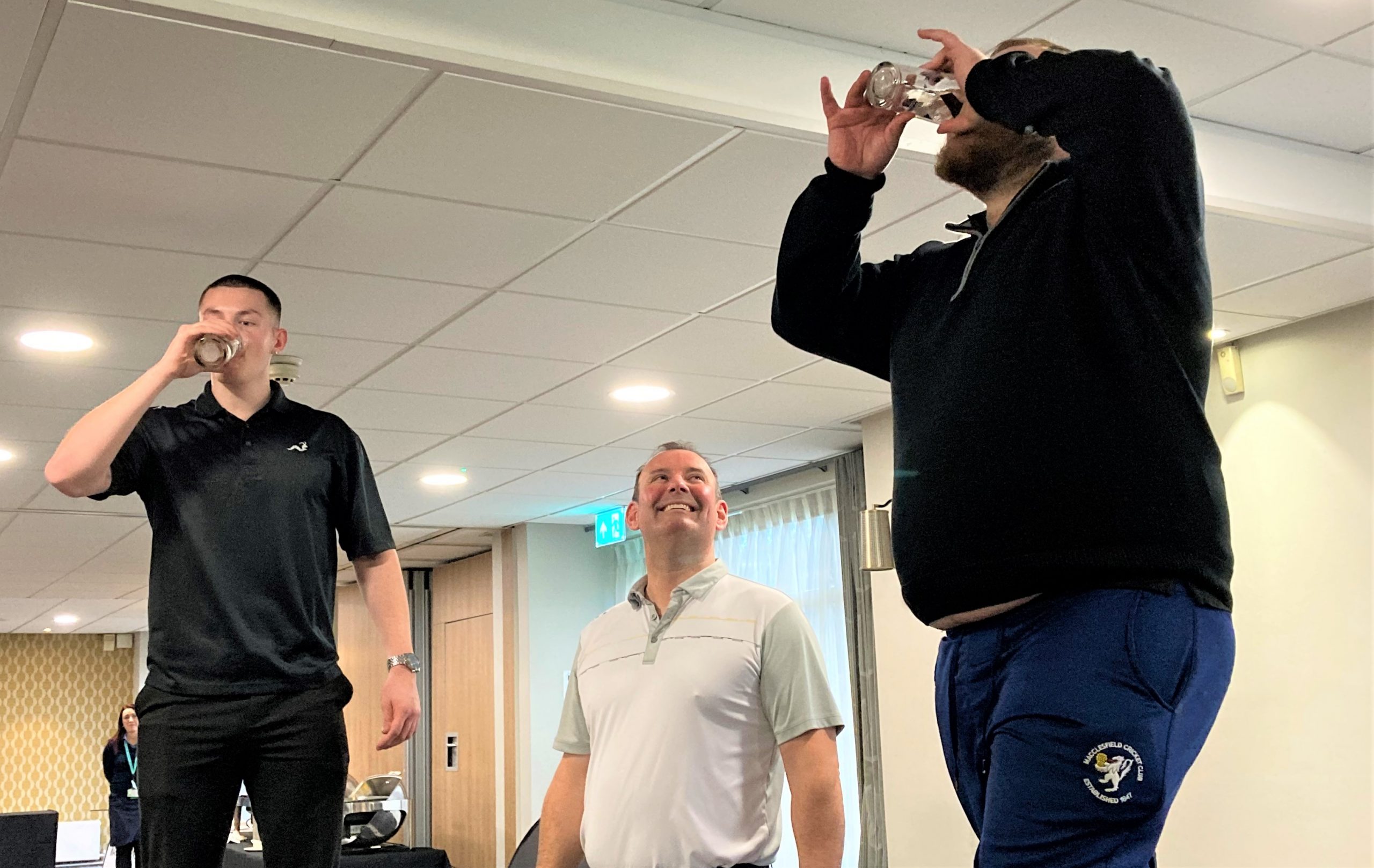 Plenty of entertaining golf on show, not for the purest golf watcher, more like the comedy golf you would see on you’ve been framed.

The winners were the usual team lead by Oliver Wilson, including tour professional (caddie) James Baker (who wasn’t sure what his handicap was!) Ian Bogsey Roberts and James Davison, closely followed by the excellent JAKSteel team captained by the housewife’s favourite Dan Jones, with the Admiral Rodney in 3rd. This was a great result for the Rodney as they started drinking at 10:30 am, good effort lads. 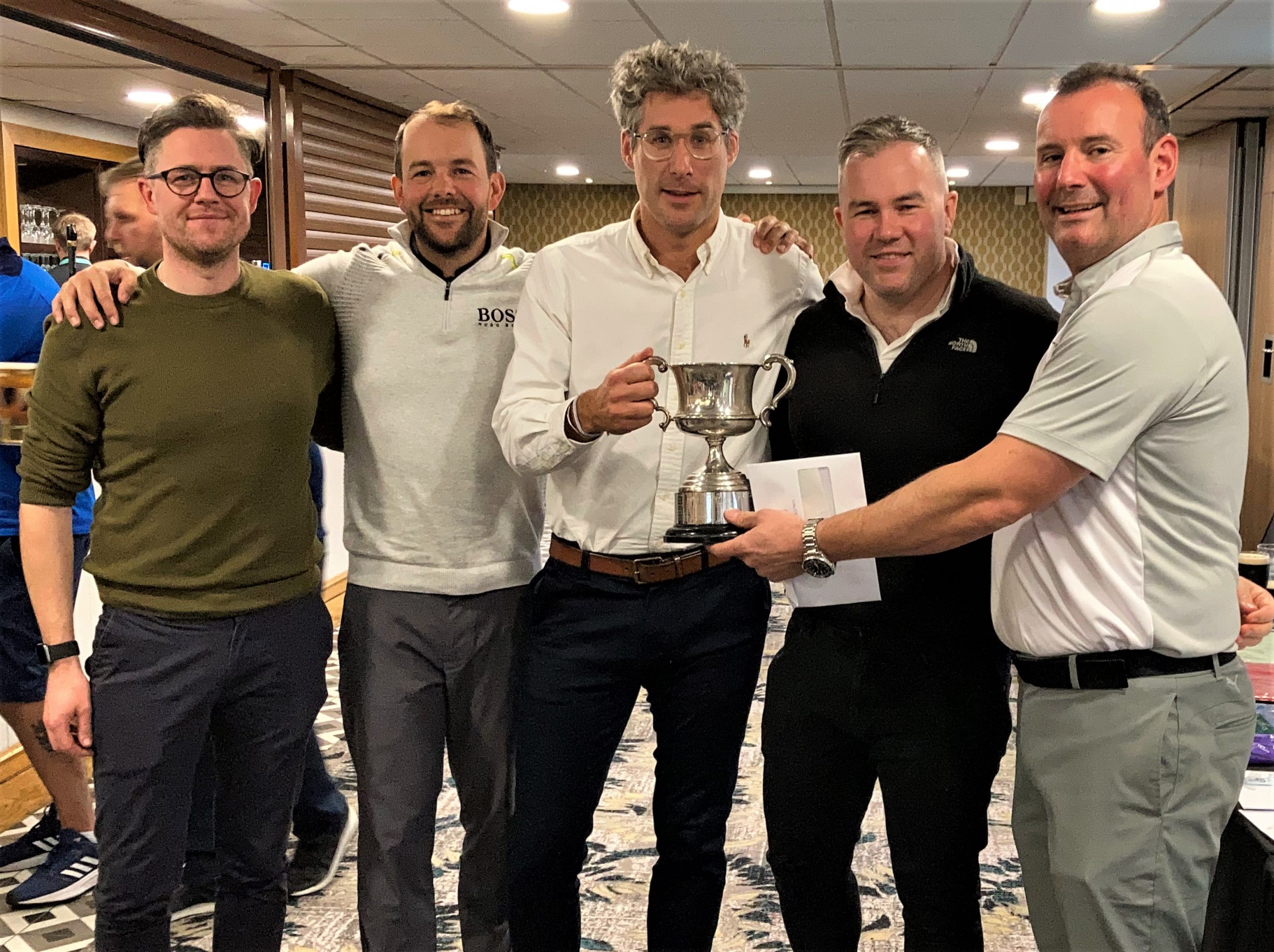 Ollie Wilson and his team, being presented with the Macc Rugby Golf Day silverware 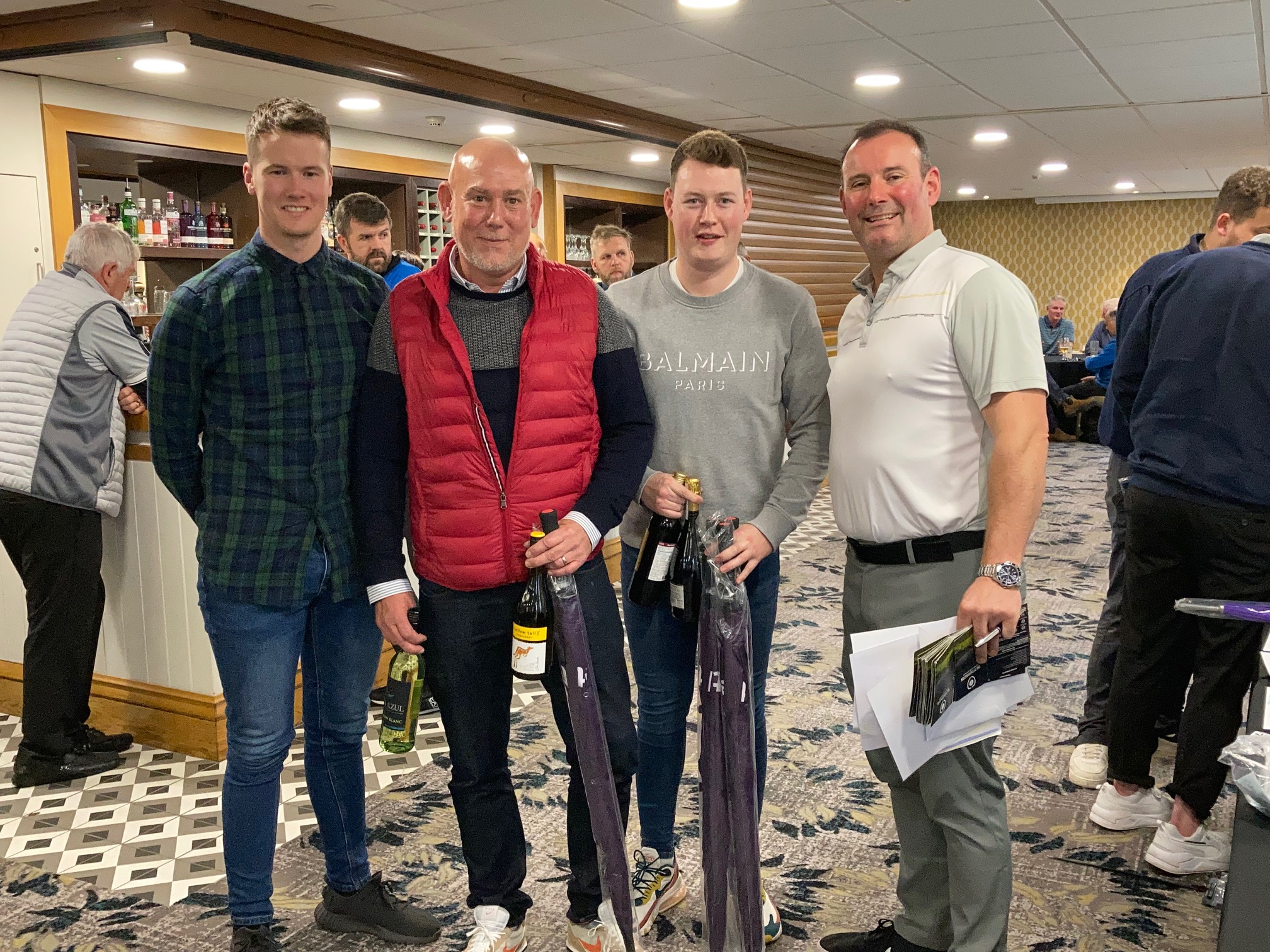 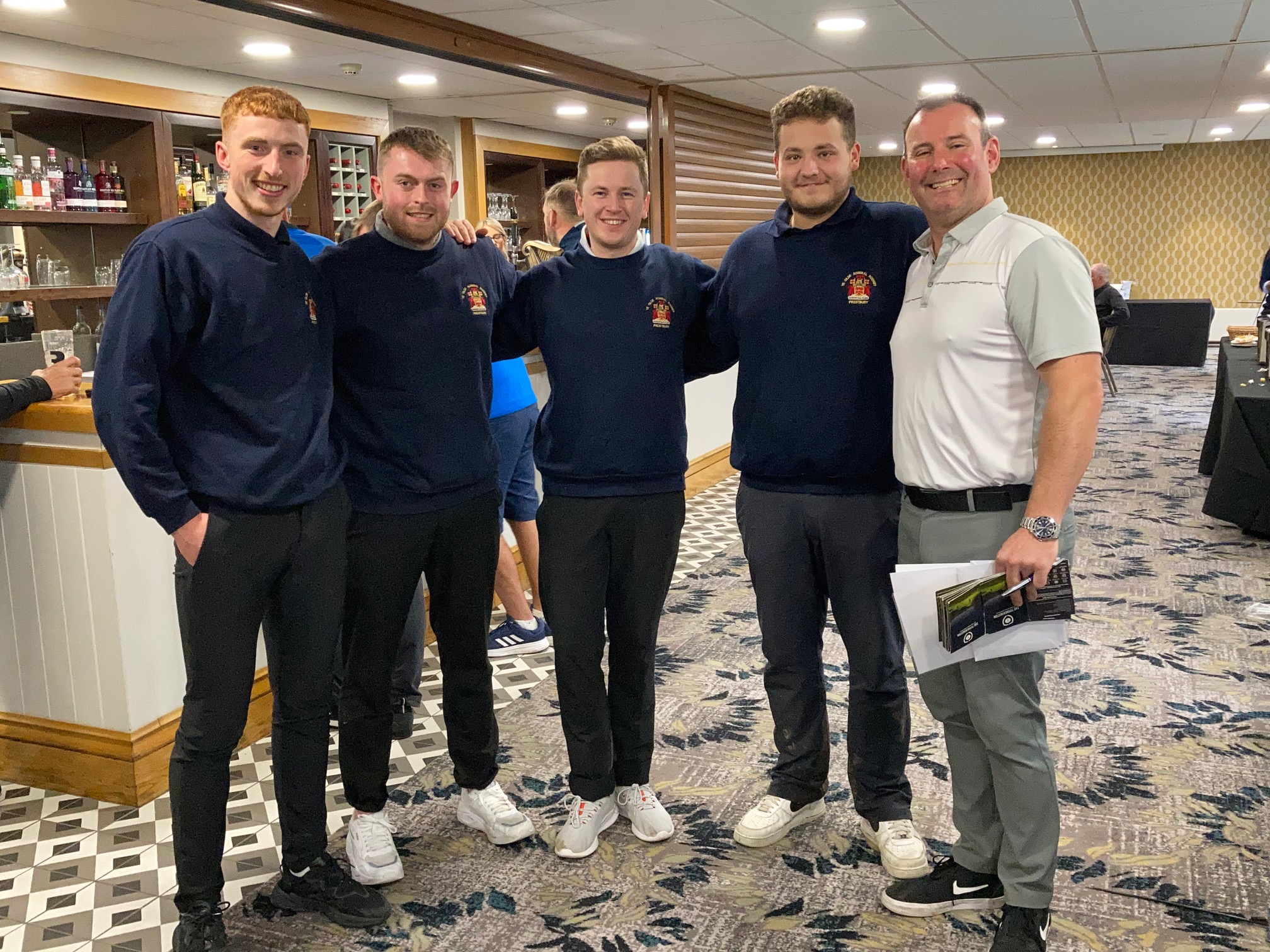 Beyond that, were some very average scores not worth mentioning. The strongest team of the day was lead by Personal Trainer Eden Massey and his father Andrew, who are true rugby club supporters.

Nearest the pin was won by Jack Ward, who still holds the record for: “the most cricket clubs who have paid me to play in Cheshire”; and Nearest the Pin in 2 was won by Slimming World’s 2020 slimmer of the year James Cross, well done chaps. 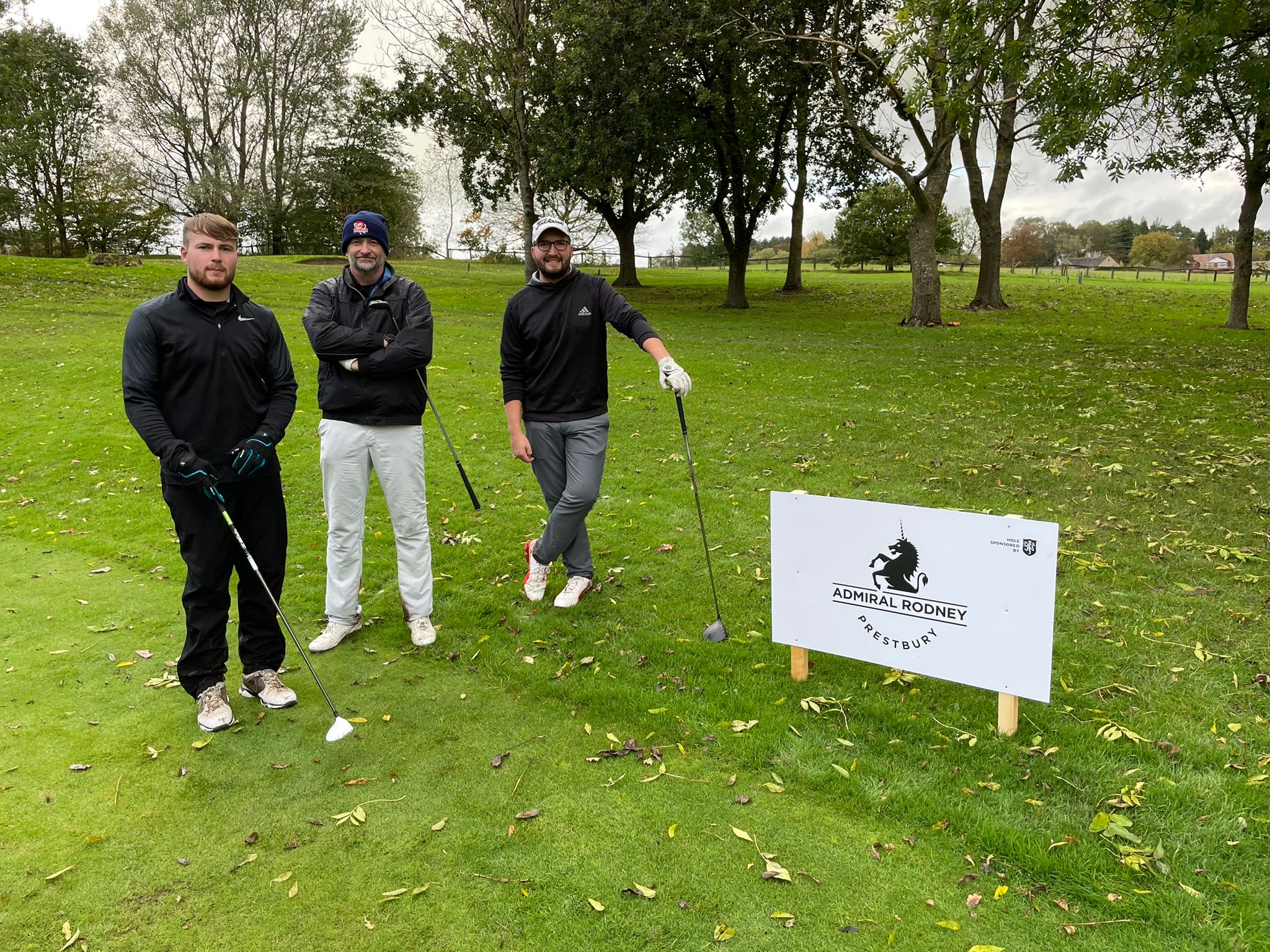 Longest drive went to Brian Willis (Grandfather of Junior player Sean Campbell) who drove all the way from Liverpool to join us, well done!

The day was a huge success with the highlight being 2 past playing legends joining us for the evening Paul Underhill (Ex-England International) and Dr Eldon Burke (Dr of Music). 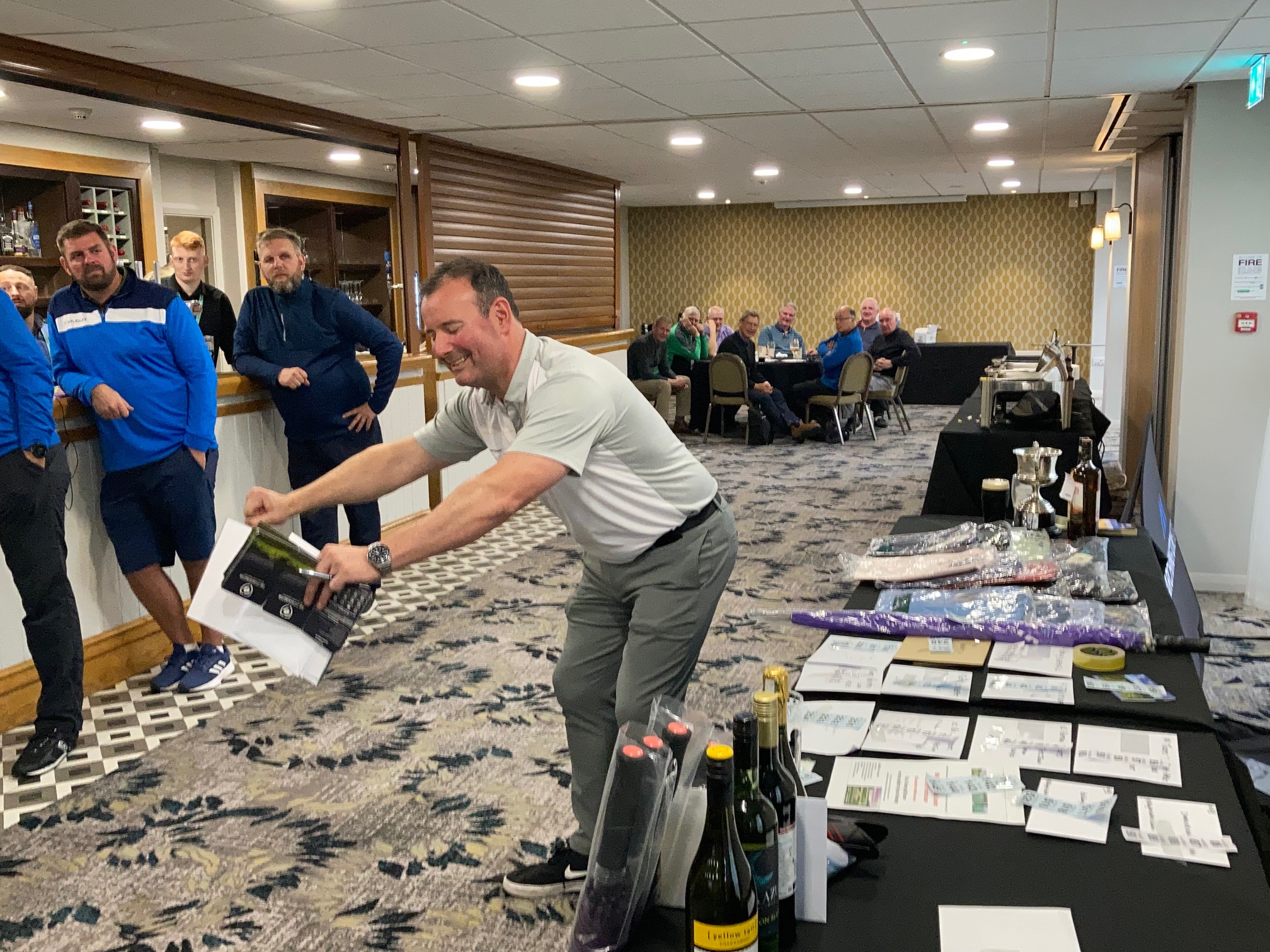 MC Rob Oliver extracting the Michael out of someone

Massive thanks to all the sponsors and roll on next year to try and get the trophy from Oli! I do hope he uses his prize money to buy some socks and trousers that actually fit him.