The new season eventually started after a period of Return2Rugby matches were concluded, with some promising performances against more senior opposition. The season started with, on paper, the two easiest contests, followed by the two hardest, and that’s the way it turned out. The wins were expected and the losses brought us back down to earth, with extra defensive/tackling coaching sessions from Clive Griffiths. The games were also costly, on the player front, loosing Harry Oliver for an extended period with a head injury, Jordan Simpson for a red card and Captain Tom Morton with a broken arm, this was besides Sam Stelmaszec and Billy Robinson with long-term knee injuries and Harry Blackwell with an injured shoulder.

Wins against York and Sandal followed, but it was obvious that the team was not at its best, unsettled at half back and the pack was not firing as expected. Billingham away, on their plastic pitch, is a tough call for any team, and as per usual their captain and coach, Peter Evans, gave a master-class with the boot. Too many mistakes against Blackburn gave them a chance to win when the clock was in the red, and they took it. Lymm away followed, again on a plastic pitch, and even though we had total dominance in the pack, it was never rewarded with enough points on the board. Lymm were on the rack and with the referee sending off a Lymm prop for his inability to scrummage, the game finished in fiasco with uncontested scrums and Lymm being let off the hook.

Wins against Kirkby Lonsdale and Wirral were sandwiched by another disappointing loss at Rossendale, on a snow-covered pitch in awful conditions. The Macclesfield pack lost both Billy Robinson and Aaron Wilman to injuries and couldn’t quite hold out with an under-powered scrum. Alnwick, who were unbeaten at home, followed, and it would turn out to be the best performance from the boys and a shock for the Northumbrians. A classy performance against a much improved Northwich team followed, which put the boys in good voice for their carol singing around Macclesfield. 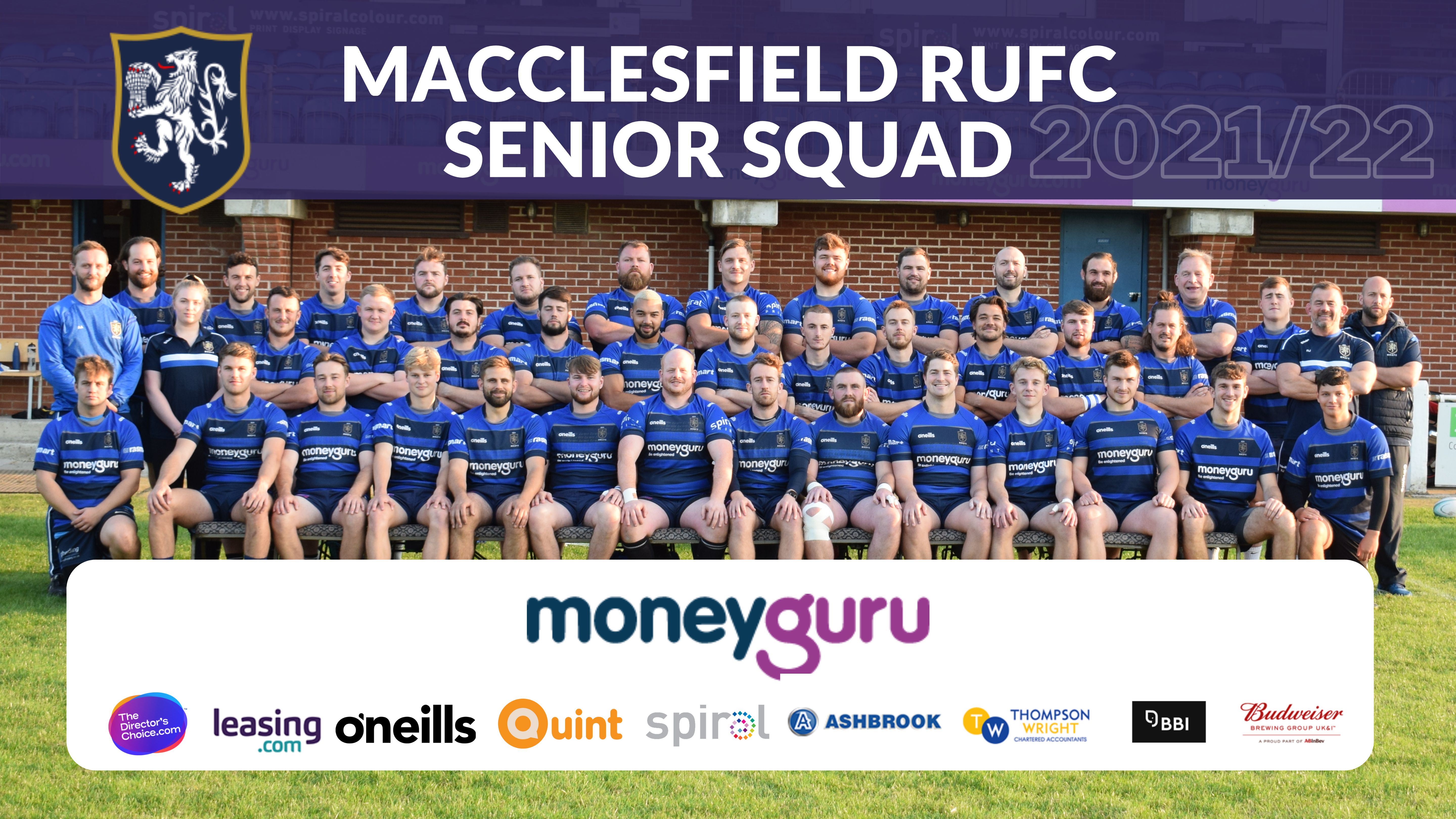 I spoke to Head Coach, Andy Appleyard, for his thoughts, on the season so far, at the Club Christmas Lunch, this is what he had to say: “Well it didn’t go quite as planned, injuries to key players has affected the spine of the team, and it has taken some re building. That said, the lads that have stepped up, have got better and better, every game. It’s been a challenging year and we have had to adapt our game plan accordingly, but really pleased how that has gone. January will see a number of players come back into the reckoning, so places will become competitive, which is very good for the game. We’ve learned from some of those losses away, at Lymm and Rossendale, and also earlier in the season against Otley, when we were able to use Clive Griffiths the following week to put a few things right”. Andy went on to say that besides Clive, they continue to use Chris Jones and top-class retired referee Peter Allan, as well as considering specialised coaches as needs be.

Saturday will be, on paper, the sternest test this season, as they travel to Otley’s famous Cross Green stadium, for a mouth-watering contest against the league leaders. Otley bolstered their squad after relegation and they remain unbeaten this season. Speaking to some of the players before Christmas, they were very upbeat about the challenge of Otley and felt that the team was in a much better place now, than when we played early season at Priory Park. They travel over the Pennines without skipper, Sam Moss, away on his postponed honeymoon, but have a strong squad to select from. Even without, injured Harry Harding, Macclesfield has a much stronger pack, and should be more competitive in the tight than in September, and in Harry Blackwell and Harry Oliver they have a potent attacking force, deftly fed by James Hampson. Otley are strong throughout, but in full back Ben Magee, they have an x-factor player that can create attacking platforms from anywhere, with the pace to finish them off; Macclesfield will have a keen eye on him this time around.