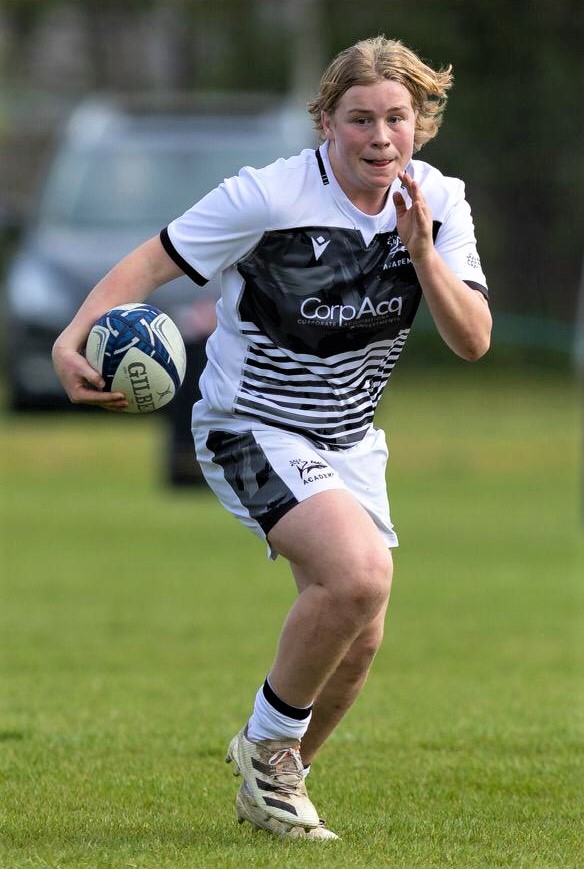 Freddie Griffiths on the charge before crossing the whitewash 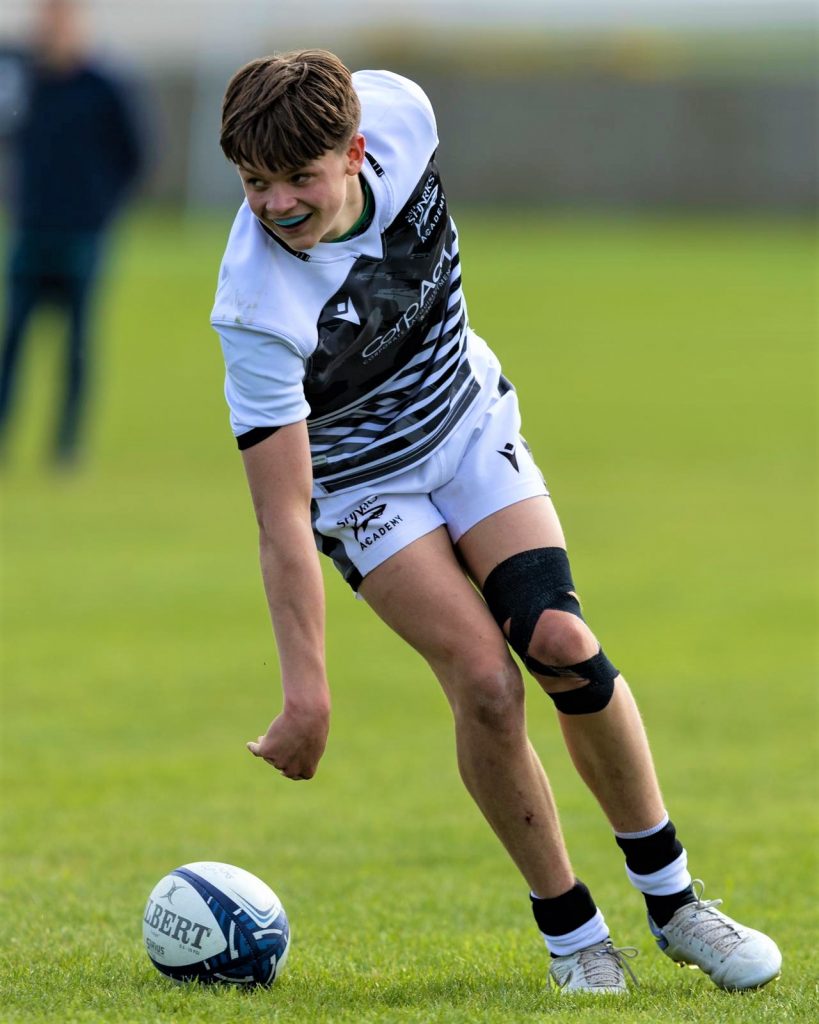 Ollie Davies touches down for five of his points against Wasps 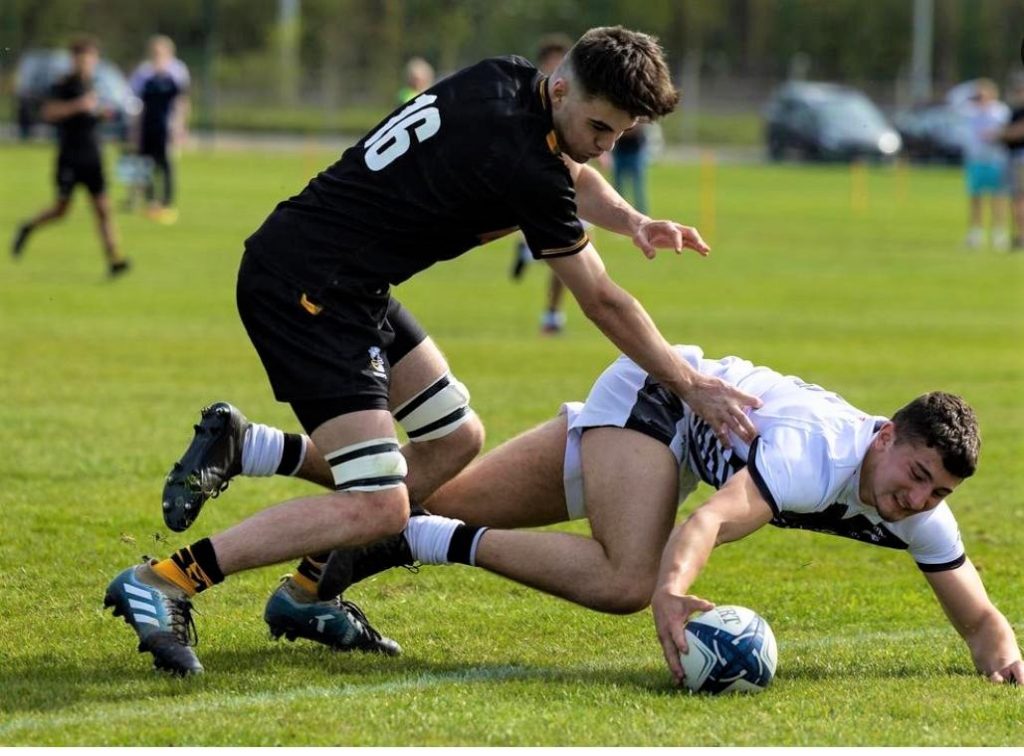 Billy Birkett gets over the line for his try against Wasps

The young rugby lads of Macclesfield U16s’ squad have had a brilliant season. 38 in number, many of whom have represented the Club playing for Cheshire and the Sale Junior Academy; that’s besides many great team performances for Macclesfield RUFC, culminating in winning the Cheshire Cup back in March, bringing the silverware back to Priory Park after beating local rivals Stockport. 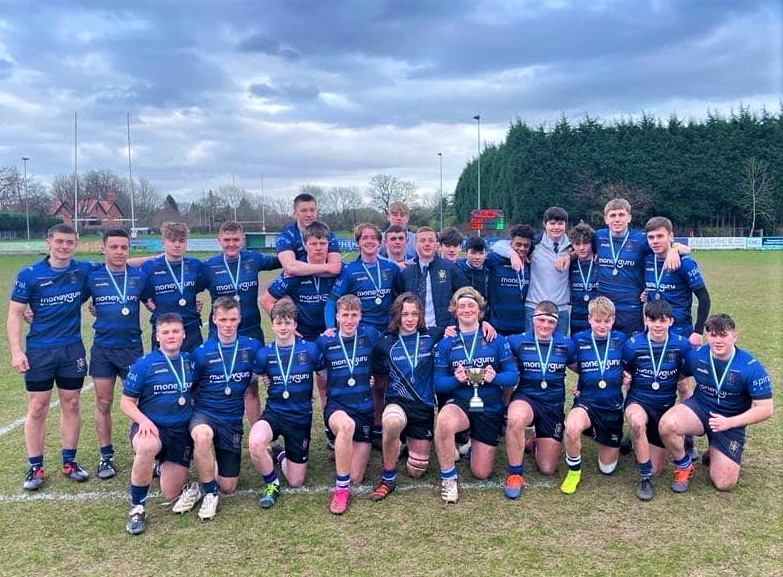 Next season, these lads will graduate into Senior Rugby, some playing Junior Colts for the Club on Saturdays and some playing for King’s School. The whole structure of Colts rugby at the Club is likely to be different, as this will be the first season since before the pandemic where Colts in its full form of Juniors and Seniors will be played; added to which at the end of that season the first players from Macclesfield’s Rugby Academy will graduate. The Club’s Management Executive are looking at how this previously missing-link in the ‘Rugby Pathway’ can be best directed. It will be a welcome sight to see some of these players continuing their rugby in the 1st, 2nd or 3rd teams.

Macclesfield 1st XV had an Easter break from rugby, but will be back on the park during the week, to get ready for the final game of the season against Burnage at Heaton Mersey. It’s been a big step up for Burnage into North Premier, but they have stuck at it and taken a few scalps along the way. Coached by former Macclesfield player, Dave Muckalt they will be well motivated to take another scalp from their neighbours. In contrast Macclesfield will be taking nothing for granted, and will want to play with the controlled intensity that they have demonstrated in the past 5 weeks. The players look forward to hearing as many travelling supporters as possible from the Priory Park faithful.

It’s brilliant to welcome back the Craft Beer and Gin Festival to Priory Park on Friday 6th May and Saturday 7th May. A charity rugby match will be held on the Saturday a Cheshire Clubs Select XV v ABF Charity Select XV (Soldiers’ Charity). If you would like to volunteer pulling beer or just drinking it, visit: https://macclesfieldbeerfestival.org/