With the leagues all done and dusted, for Macclesfield’s senior sides, all that’s left are cup competitions and County rugby. Macclesfield’s 2nd team had won through to the final of their cup to take on Caldy at the Vale of Lune ground in Lancaster. It had been a tough season for this young squad, the regional rugby authorities finally throwing them out of their league for cancelling too many fixtures due to the injury crisis at the Club at the time. The young lads were determined to finish on a high, and were joined, on their coach journey north, by several members of the Club; Paul Jakubowski, of that number reports on the game.

Macclesfield 2nd XV put in a courageous performance against a physically strong and well drilled Caldy2nd XV in the North West Intermediate Rugby Union Hartley Cup Final.  Many of the Caldy team had been part of 1st XV squad of players who recently gained promotion to the Championship, the second tier of English Rugby; their 2nd team were unbeaten in the North West Premier League, and outright favourites. Macclesfield have had a tough year and not been in a position to field a consistent 15 throughout the season, partially due to the injury crisis in the Club and supplying players to 1st XV group. However in the Cup they have shone, defeating Preston Grasshopers, and Blackburn, to make the Final.

After the leagues anthem of Friendship, Fairness and Trust, performed by the Clady Rugby Club Choir the game kicked off. Caldy dominated the early proceedings and Macclesfield looked nervous and tentative in their approach. Caldy used their big ball carrying back row and centres to punch holes in the Macclesfield defence and with two converted tries were 14 points up after 10 mins. 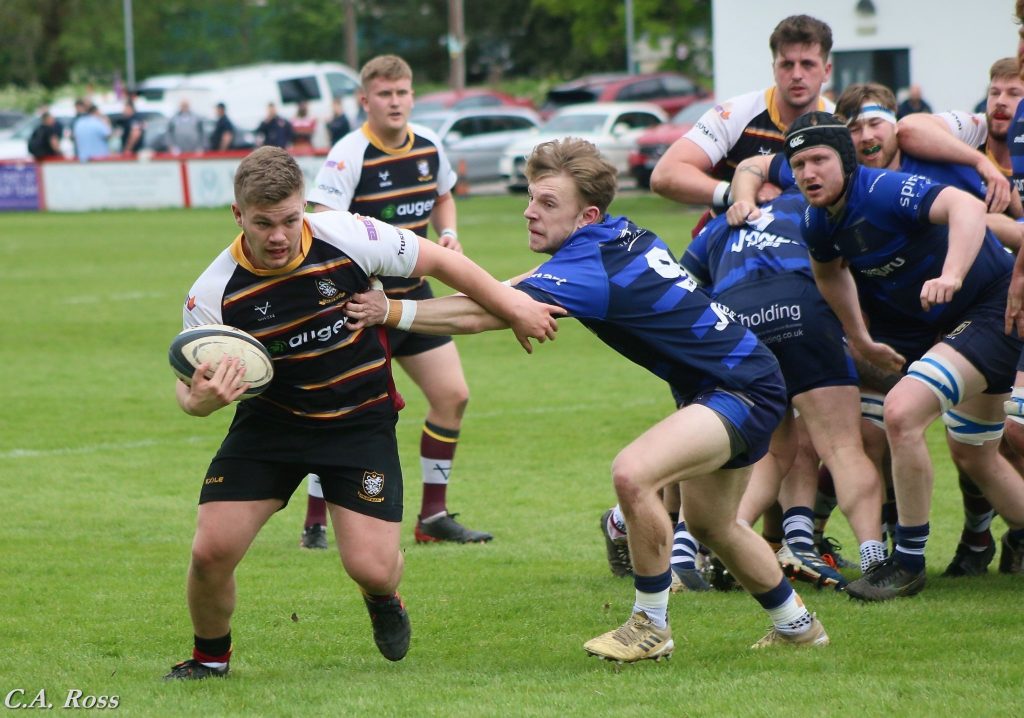 Dan Martin scragging his opposite number

Macclesfield started to get more into the game Louis Gray and Tom Leicester, a new partnership, started to grow in confidence and the forwards started to show more in the loose with some good runs  by Ev Wynne, Sam Jones and  Dale Crompton.  Macclesfield won a penalty after a break from Alex Jakubowski and from the resulting lineout Carl Droy hit his jumper in the lineout. After a series of controlled drives Sam Jones went over to pull five points back. Caldy started to dominate again using big runners to hit around the fringes and into the centres; and despite the best efforts of the Macclesfield backs and forwards (who were excellent all afternoon) they scored three more tries before halftime to go in at the whistle 33 – 5 down. 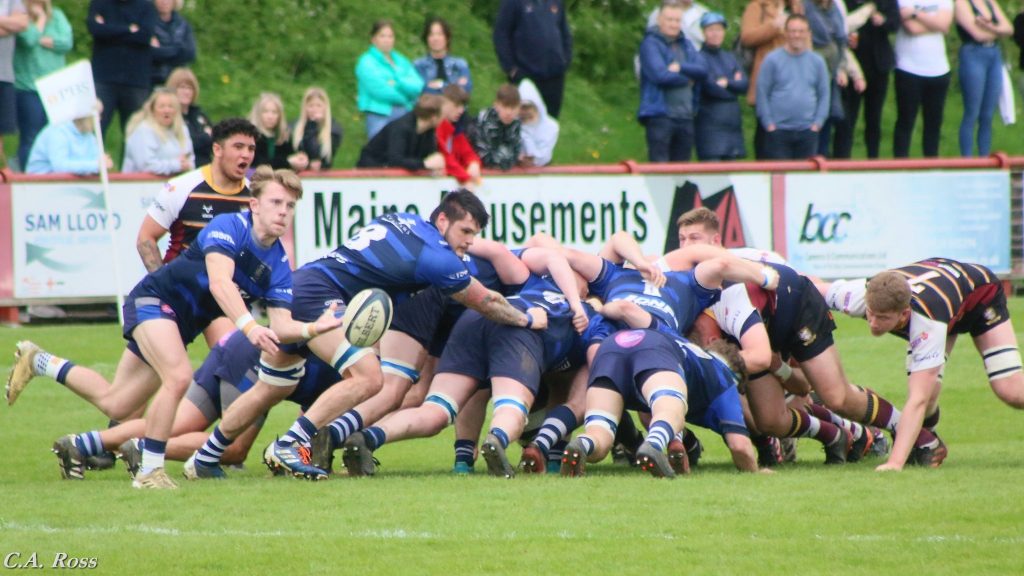 Caldy struck quickly after the break and now had 40 points on the scoreboard. Another side might have capitulated but this Macclesfield side have never done that all season and with Max Dempsey now on for the injured Sam Jones, they started to make inroads into the midfield. Danny Martin was getting quicker ball and combining well with the bruised Issac Reaney in bringing their runners into the game. Carl Droy was becoming more noticeable in the loose, and Max Dempsey made an outstanding cover tackle to snuff out a Caldy attack. After a series of rucks Tom Leicester went through a gap to score, to bring the score back to 40-10. Caldy were now under pressure and the front five were forcing Caldy into conceding penalties whilst the back three of Jakubowski, Kevin Pike and Nathan Sachwere were making the most of the quick ball and finding space to run intoJames Brocklehurst crashed over to make it 40- 15 much to the delight of the travelling support led by a very vocal Club Chairman. However, Caldy were able to stretch their lead against the run of play to make it 45 – 15. Macclesfield refused to give up and continued to take the game to Caldy and after a series of drives Chriss Effingham got over for a final try, which was converted by Issac Reaney for a final score of 45- 22. 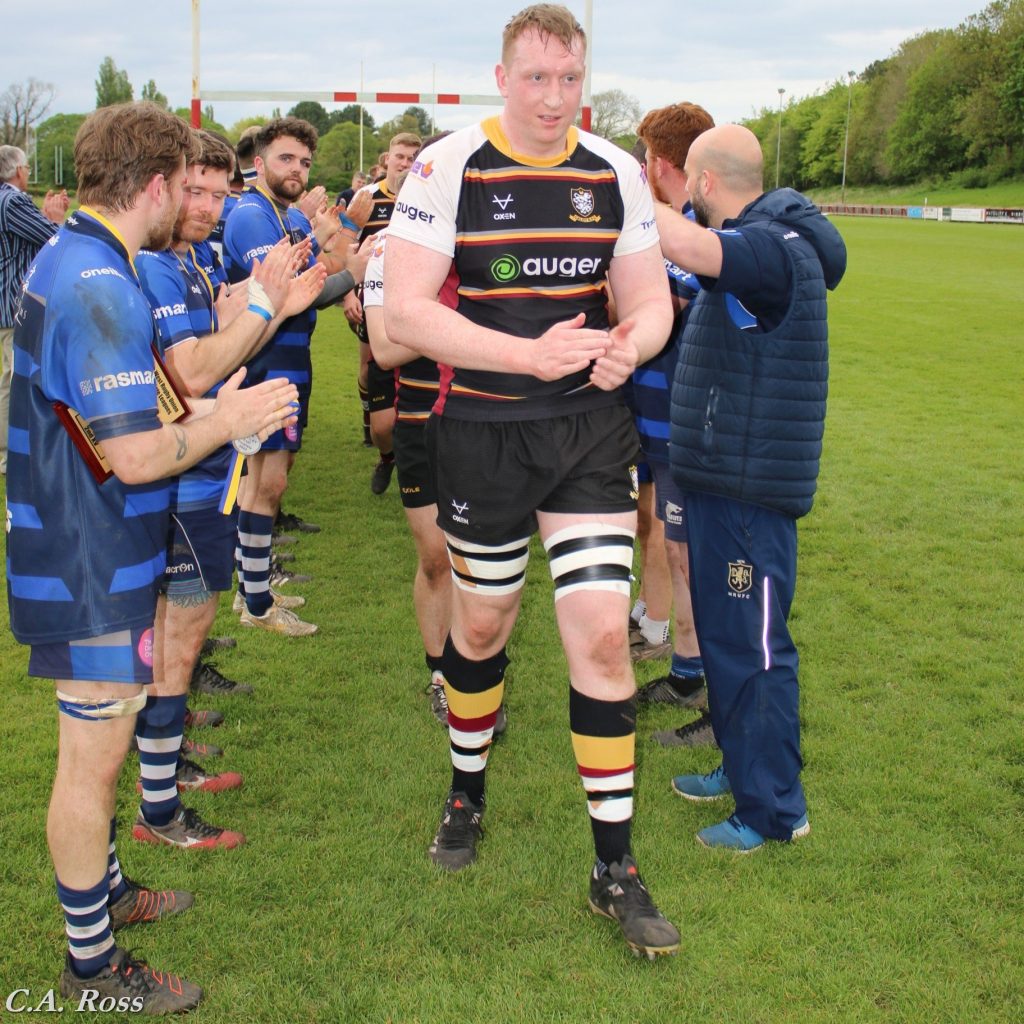 Caldy applauded for their win

Macclesfield should be proud of their performance against the form team in the league. Caldy are a very physical, skilled, and well organised side and are likely to be competing in a first XV league next season. As for Macclesfield it has been a long tough season but they are a spirited group and they should take pride in reaching this final and the performance they all put in. 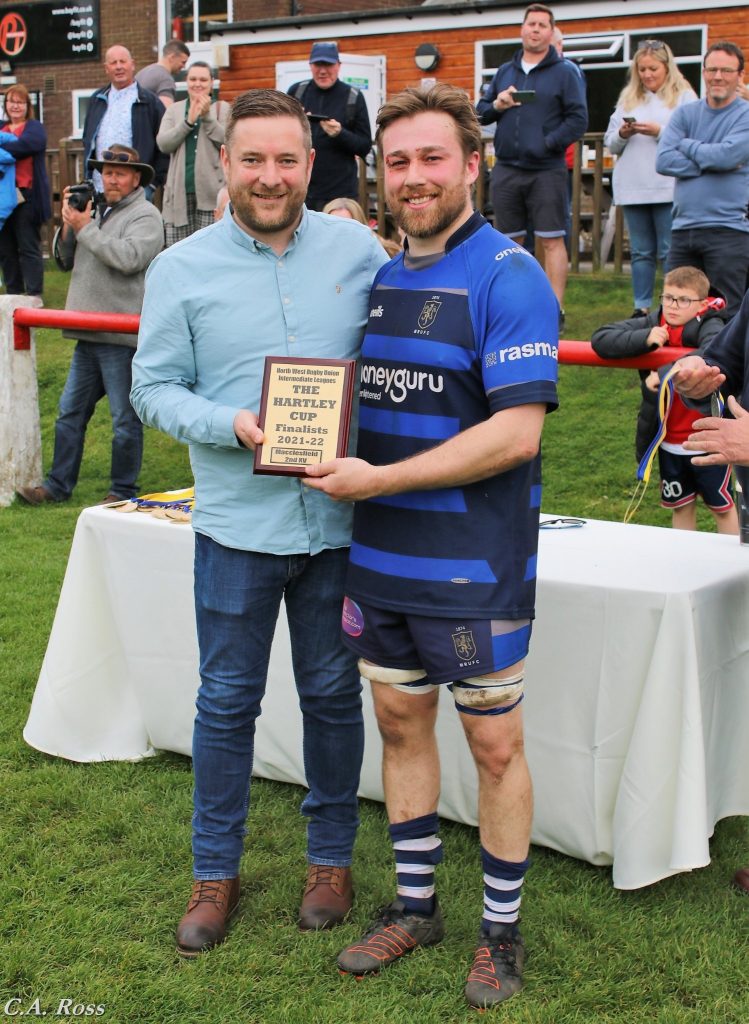 Chairman, Stephen Branch, had this to say about the day: “I was very proud of the boys, they never once let their heads go down; and indeed won the second half! It was great team spirit on show – a really good day out for everyone involved. 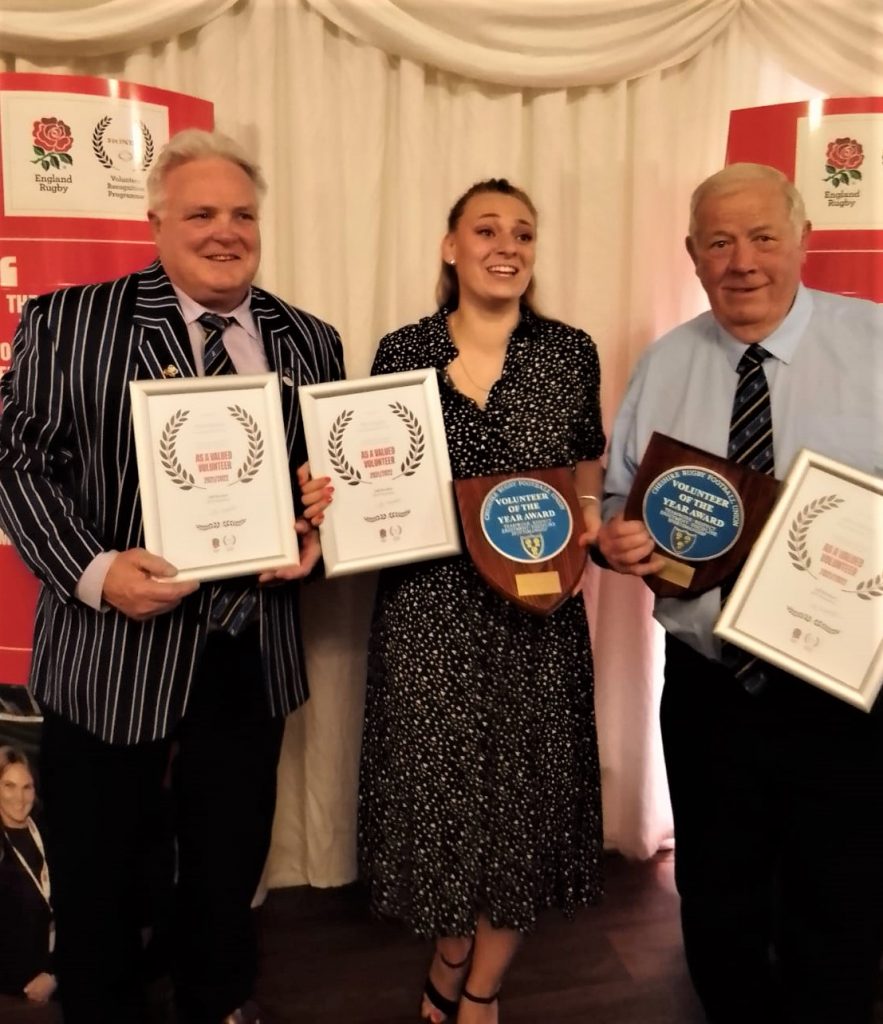