The end of a rugby season will generally see changes before a new season starts; players retire, some move-on, and equally new players join the Club seeking new challenges. This end of season has been no different in fact it has seen a much bigger review, both in the analysis of the first team and the structure of the playing sides and coaching structures.

Besides the overarching aim of continuous improvement, in the game that the Club plays, across all of the teams, there are some fundamental changes that have required changes in the structure. The biggest change is the start of a new Rugby Academy in conjunction with Macclesfield College, and the conduit that that presents into the Club’s playing structure. Equally the Club has identified the need to create a rugby alumni structure for players that have moved away whilst at University. These areas, along with Colts rugby, have become a focus for the Club as they are the transition into Senior Rugby. The Club is now seeking to fulfil a new role to administer this, titled, Head of Transition.

Senior Rugby at the Club also sees changes, the Club will no longer enter a 4th team into the league structure, instead the 4th team squad will play ‘friendly’ fixtures, ideally on Friday evenings, against local clubs that also feature mostly veteran players. 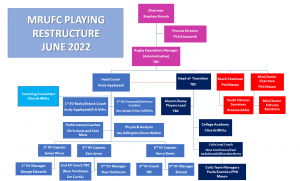 The Playing and Coaching Structure Graphic

The first, second and third teams will be lead by, the Club Head Coach, Andy Appleyard, who will set the standards, culture and style of rugby played by all of the teams. Andy will be supported by Rugby Consultant Clive Griffiths, who will aid this process as well as coaching the Academy students. Clive will also coach defence, with the addition of a new Forward’s Coach Ben Wade; the three will form the backbone of the coaching structure, along with specialist coaches Chris Jones and Sam Moss. The second and third teams will all have dedicated coaches, and all teams will have a manager and train on a Tuesday and Thursday, with preliminary selection taking place on a Tuesday evening.  The Mini and Junior sections will have a greater delineation between the Youth game, each section having its own Manager and Fixture Secretary.

All of the above requires a new role as Rugby Operations Manager; Chairman, Stephen Branch says of the position: “This is largely an operational and administrative role and will include making sure the Club has the right people in the right roles within the structure and that there is a strong collaboration, particularly between the adult league teams, the Colts’ teams and the College Academy students”. The remit may also include an outreach to identify players that may be suitable for the first team’s development. Both this and the Head of Transition role have yet to be filled. 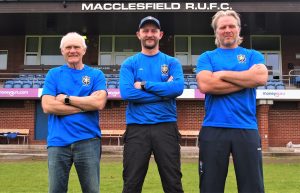 As a Consultant, Clive Griffiths is still a free agent, with involvements elsewhere, but he now intends to spend more time with the Club, and brings a wealth of experience to the rest of the coaching team. Last season, besides his defensive sessions with the Club he was a major part of Hull’s success in gaining promotion into National One, he says himself: “You could say it’s a role reversal from last season”.

Clive Griffiths played his club rugby with the likes of Phil Bennett at Llanelli, he was capped by Wales in 1979, but he spent more time on the bench, as the incumbent, JPR, rarely got injured! He started his 44 year coaching career at the age of just 25, while playing for Llanelli, coaching Newcastle Emlyn RFC. In 1979 Eric Ashton enticed him away from Union to play for St Helens for the record fee of £27,000; Griffiths telling me: “The only difference back then (allegedly) was that the League players paid income tax”. Clive would go on to amass 600 points for St Helens over a five-year stint, also winning caps for Wales, followed by another 388 points scored for Salford.

In 1986 he went back to St Helens to start his league coaching career; he would go on to have great success coaching Wales and Great Britain plus a stint with Warrington. In 2006 he came back to Union to coach Doncaster Knights followed by Worcester Warriors and then a second period at Doncaster that would last for 9 years. When Macclesfield Head Coach Andy Appleyard, first came to Macclesfield, as Attack Coach, he was still working for England 3 days a week; the other two days he put himself about to increase his knowledge. Knowing a few players at Doncaster Knights, he managed to get to do some sessions with Clive Griffiths, Clive says: “Andy was hungry to learn, and I was impressed with that, when somebody is that keen, you’re equally keen to help them”. He said of the season ahead: “I’m delighted to be able to pass on the benefit of my experience to those at the Club who want it, and help develop players. If we all do that we will improve on the 6th league position the Club achieved last season”. 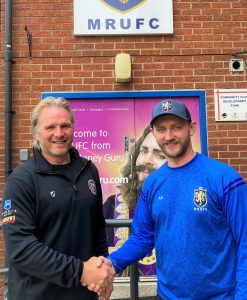 Andy will be very happy with Clive’s increased commitment at the Club, equally Andy and the Club are very pleased that Ben Wade has agreed to join the team as Forwards’ Coach. Ben is an experienced ex player and coach, a proportion of which has been against Macclesfield with previous clubs. He started his rugby at Morley, and like Andy played both codes, before going down to Gloucester, trying to start his career in the professional game, he came back to Morley before Geoff Wappett recruited him to the Championship side Rotherham Titans. They gained promotion into the Premiership, but a very bad knee injury was to put him out of the game for 18 months. When he eventually recovered, he re continued his career as a player coach, first at Wharfedale, then back to Rotherham before becoming Head Coach at Sheffield Tigers. Latterly he has coached Notts Lincs and Derby, at County level whilst helping Bakewell, where he now lives. He is on record as scoring four tries for Rotherham in a game against Exeter Chiefs.

The new trio, are already hatching plans for the new season, as well as seeking out new players for those that have retired or moved on. One of their early plans is to create a coaching/playing style dubbed ‘The Four Seasons’: pre season, early season (fast-track), winter season (heavy ground), and spring season (fast-track).

Head Coach, Andy Appleyard is full of optimism for the new season ahead: “We are putting plans together in terms of the structure of the year, how we want to work as a team, and the parts of the game that we need to improve upon; we’ve listened to players and will take on-board and facilitate some of this as well as leading the process; one of the areas that we’ve talked about is standards, if we want to advance as a semi-professional team, players need to constantly improve their standards. We’ve talked about tempo in the sessions, for example if we want to be one of the fittest teams in the league then we need that tempo in everything we do, throughout training sessions, so that the lads are put under pressure”.

Andy is currently waiting upon confirmation of an attack coach joining the team which will be the final appointment in the extended 1st team coaching team. Training will recommence on the 28th June which will be followed by the Macclesfield 7s tournament on the evening of Friday 8th July and Saturday 9th July.

The following documents can be downloaded here:

The Playing and Coaching Structure Narrative

The Playing and Coaching Structure Graphic

One of Macclesfield Rugby Club’s stalwarts celebrated his 80th at the Club recently. Several speeches were made by members, extolling Terry’s sporting longevity, which continues into his octogenarian years. Terry joined the Club in 1974, playing veterans’ rugby for 13 years followed by 25 years blowing the referee’s whistle with 4 years as a 4th Official. During this time Terry was a very successful marathon runner completing 117 races, many of which were under the three hour mark. His favourite was the Toronto Marathon, where he got to climb onto the top step for winning the over 60s section. After breaking his leg, a few years ago, he has taken to two wheels; and in July will attempt the Land’s End to John O’Groats ride, a mere 1000 miles of pedal turning at 80!