Lieutenant, Henry David Jennison, M C, 13th/18thRoyal Hussars, Royal Armoured Corp was a member of both Macclesfield Rugby and Cricket clubs and played for both first team. Henry went to France on D Day with the Royal Armoured Corps and was awarded the Military Cross for some outstanding military action. Henry was killed in action on the 1st September 1944, aged 21 years. A letter from his Commanding Officers states:“He was killed outright when his tank was hit at close range. His men buried him, and I think you would like to know that when we visited the spot the next day, after the battle, we found it a mass of flowers, and being tended by the French”. Henry is buried at London Cemetery and Extension, Longueval, Somme, France and commemorated on the Park Green War Memorial, Macclesfield. 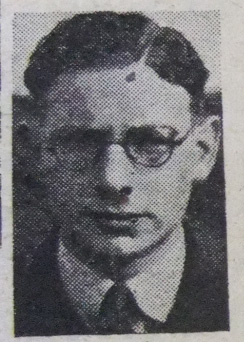 Squad update | Anthony Watson has withdrawn from the England squad after he suffered an ACL rupture in Bath’s game against Saracens. Eddie Jones has called up Joe Marchant to the squad. We're all behind you on the road to recovery @anthonywatson_ 🌹

Squad update | Luke Cowan-Dickie has withdrawn from the England squad for the @autumnnations series with an ankle injury. Jamie George has been called up for next week's training camp in Jersey. All the best with your recovery @1_Dickie 💪

@JordanSimmo96 wasn’t taking no for an answer for this try was he?!! Well supported by Brendan Berry!! See the highlights on our Facebook page or YouTube channel!

At the heart of the @Springboks #RWC2019 triumph 🏆 Happy Birthday @fafdeklerk 🙌 🇿🇦

🇿🇦 With 68 @Springboks Tests and 742 points to his name, @mornesteyn has announced his retirement from international rugby

@bond_bug_mylo was glad to be back on the wing at the weekend it seems!!! #maccrugby (see our YouTube/Facebook pages for our highlights show on #maccrugbytv)