Back to Under-8s page

Sunday 13th March – Away at Stockport

We had a beautiful Sunday morning and at Stockport rugby club the BBQ was in full swing even as we arrived. It was three Macc teams playing three impressive Stockport teams but we held our own. Our support play was very good again and defense is improving every week, coming up to the attacking team very quickly whilst keeping the defensive line. 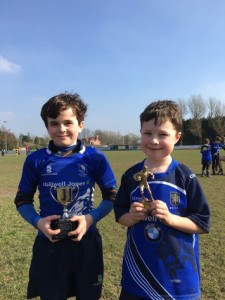 Sunday 28th February – Away at Knutsford

Player of the Week – Finley Foote (sorry, no photo this week).  We had a really good day at Knutsford, winning all or almost all of our games.  Finley was particularly outstanding, playing brilliantly in attack and defense.

Rochdale and Littleborough Rugby Club brought one team to Priory Park this week, so we had the opportunity to train and play a match each on this bright, sunny Sunday morning.  All the extra training due to cancelled matches has been paying off as we were much improved as a squad this week.

Defending has improved massively and in attack there was some excellent running.  Two players really stood out – this week’s Player of the Week is Matthew Dowd,  who was very impressive in attack today with some brilliant running and an amazing hat-trick of tries! Our Performance of the Week goes to Dylan Jones for excellent leadership as captain. Dylan directed his team really well, keeping them in line and leading from the front.

It was a very cold and wet morning, and a very tough fixture against our nearest and greatest rivals – Wilmslow RUFC.  They have a very big squad of about 40 players, this week in 5 teams so they had to take turns to sit a game out whilst we played 4 straight matches.  Whether this was an advantage or not was unclear.

What was evident though was that we were just not as up for it as Wilmslow were. We were poor in defence and not great in attack.  Obviously the weather did not help – many of our players quickly got cold and lost motivation, but Wilmslow did not seem to be as affected by the weather. They were well motivated and organised.

Of course, there were some glimmers of brilliance from Macclesfield this week.  Most outstandingly, there was Ben Ainsworth (Player of the week) who scored some terrific tries, and one of our most consistently brilliant players, Oscar Hancock (Performance of the week), had another great day.

Ben and Oscar weren’t the only players that played well, there were quite a few others that just missed out on an award this week.  They set an example to their team-mates today on how it should be done.

Lessons will have been learnt and I am sure that we will spring back after the break between matches – we are doing our first contact training next Sunday. See you all then!

After almost 2 months since our last competitive matches we may have been forgiven for expecting that the lads were going to be a little rusty.  However, all three teams played excellently overall today.

In defence we were good, our tag-rate was very high, but many players are not getting onside quickly enough after a tag, this will be something we’ll be looking at in training I’m sure.

In attack, though we were excellent. We always looked dangerous with the ball, and it was good to see that the ball carrier always had support.

The Player of the week this week goes to Joseph Brady.  His coach for today, Jason said that he was listening and concentrating brilliantly from the start ’til the end today,  and played really well all morning. Congratulations Joseph! 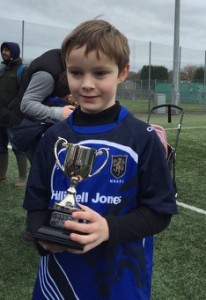 It was another wet and windy day, but on the plus side, we got to play on the First’s pitch for the first time, but not for the last for many of the boys I’m sure.

The Scorpions brought one team so our teams took it in turns to play and train.  Sale put up a good fight, but Macclesfield excelled.  We were more organised, more alert and better skills, basically we were superior in all areas. The coaches though did say that they want to see more passing and less greedy play from Macclesfield in future matches.

This week’s player of the week is one Theo Collins.  After a shaky start (getting sent off by his Dad for persistently being offside!!) he upped his game and was brilliant in all areas. 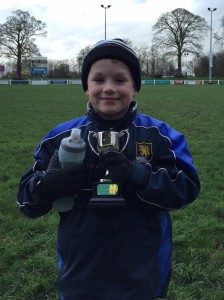 The lads all played really well today, they beat a team that included 3 Under 9s with ease. Bring on Sale Scorpions! 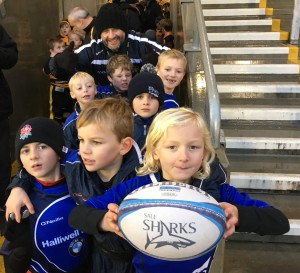 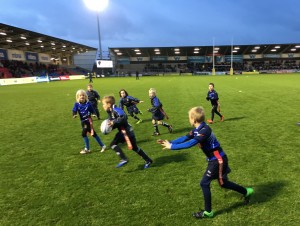 Sunday 22nd November – vs. Chester (away)

Coaches: Some feedback for this fixture would be much appreciated –  please! 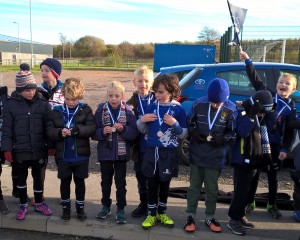 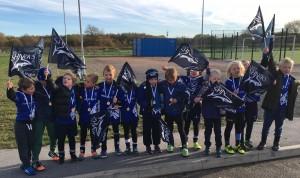 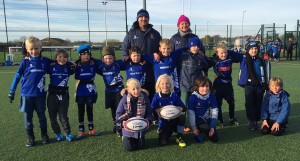 It was a very cold and windy day, but the kids soon warmed up – they had a great time.  We had two teams playing in separate groups. Both teams did brilliantly, especially considering that our teams were not streamed from the squad. There was some excellent individual play, but everyone was up for it and played their hearts out even through the freezing wind. After the Festival itself ended, it was time to relax and enjoy watching Sale beat Pau in the stadium!

Everyone had a brilliant day, all agreed that we will enter teams for the Festival again next year.  Many thanks to the hard work of the coaches, helpers and parents, and not to forget Helen and her team at Sale Sharks Community Trust for making the day the success that it was.

Mainly due to the atrocious weather this week, we didn’t get any photos but well done for all those that turned out and played their hearts out.  Special congratulations to Hamish, he played especially well and impressed the coaches, receiving the Player of the week award.

It was a return to more seasonal weather this week for this home game with Sandbach, however that did not put off the players.   After the usual warm-up and training we held 2 minutes silence at 11am which was observed impeccably by all players. Once again, the squad was split into 3 teams with 2 or 3 subs each.  All three teams played exceptionally well, dominating their games with some excellent attack, defending and particularly good passing.  All the Sandbach coaches were full of praise for how well Macclesfield played.

To quote Rick, “All players did fantastically well today. From initial training, 2 mins silence and through out the games. Massive thanks to them. Also big thanks to parents and coaches for there continued effort and support. We’ve got what I consider to be a fantastic rugby family together at macc under 8’s. #verylucky”

The player of the Week this week goes to Ethan. He made many great tags, but his attacking runs stood out particularly today. Just need to see some more passing please Ethan! 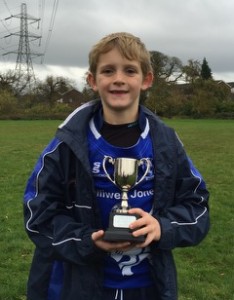 Performance of the Week today was awarded to Henry Smith, who played his first competitive match today.  He did some good runs and passes considering it was his first game. 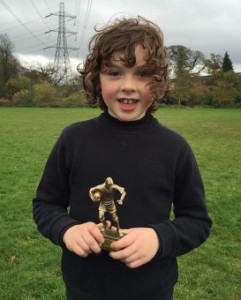 Well done to all players, as a squad we are looking to be very hard to beat. The extra summer training and mid week training really starting to make an enormous difference.  See you next week at home to Stockport.

This sunny and unusually warm Sunday we faced Heaton Moor at home. They had some very quick runners, but our defence was generally solid and we forced quite a few turnovers. On the attack, the difference between the sides was more obvious. Our passing style really stood out today, and our support play was very good in all three of our teams.
We won 5 of our 6 games, most of them quite comfortably. Overall, it was a very good day.
There were many excellent individual performances on the day, however the most impressive player this week was Harry Boyd, was our Man of the Match today. 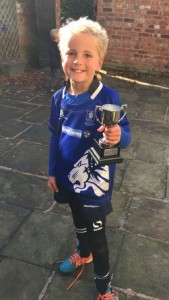 Performance of the week went to Oliver Eddie.  He really stepped up today, particularly some great, harrying tagging.

The matches at Leek were training games, as both our squad and Leek have many new players, however we showed little sign of inexperience as we won all our games today. We put out 3 teams with subs and all three teams played really well.

Today’s Man of the Match is… Oscar Hancock!  Always an outstanding player, and today the coaches were particularly impressed with his passing play. 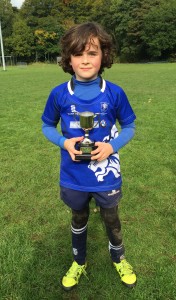 Our first festival of the season, and the weather was kind to us once more.  It was a non-competitive tournament, however we won pretty much all our games so you can draw your own conclusions!

Officially though, we did win the only cup available in the competition – the Fair Play Award. To quote the organisers, “the squad (including coaches and supporters) who in the opinion of the organisers have conducted themselves in a manner most aligned to Rugby’s Core Values (Teamwork, Respect, Enjoyment, Discipline & Sportsmanship)” in the Under 8’s tournament was Macclesfield.  This is the second year in a row that we have won this award, so well done boys! 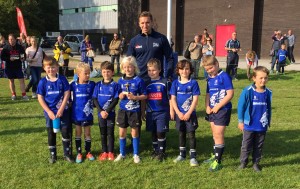 Back to Under-8s page