We were robbed! At least The Blues came back from Chester with a point – 25-22

Happy days for the 4th team against Oswestry – 32-5

Blaydon travel across the county to visit Priory Park on Saturday. Last season in the North East the match was tied and Blaydon won by 2 tries to one at Priory Park. Kick off 3.00pm

The Lions visit top of the table Chester. Kick off 3.00pm

The 3rd team are looking for a break as they take on Preston GH at home. Kick off 3.00pm

Bowdon will welcome our 4th team. Bowdon have yet to win a match. Kick off 3.00pm

Firstly, apologies that this a little long winded but it is better to clarify now and hopefully avoid any confusion or concern ongoing.

As many of you are aware both Junior and Senior colts squads have been short on the numbers required to operate teams at both age groups. Last years experience with the senior colts proved that a large squad is required due to players commitment to school work, school rugby, school trips, representative rugby, D of E plus the other inevitable distractions and injuries of course. So rather than see both teams struggle and risk player welfare the coaches and managers have unanimously agreed, following discussion with the players, to combine as one Senior Colts squad.

We believe this will be a very positive step forward and will enable a talented group of players to develop in a way that equips them for adult rugby at Macclesfield RUFC or at an equivalent standard elsewhere should they move on to higher education or work out of the area. Creating a structure and blueprint for Macc Colts started at the beginning of last season when the Colts rugby at Macc nearly stopped altogether and this will develop further from the input of the incoming Junior colts coaches which each season should make the job of those moving up from U16’s easier and the age group stronger. – read more >>

If you look closely you will spot some of our club mugs in use at the ‘la-di-da’ polo last week. 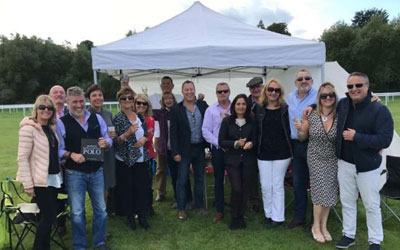 Hooker extraordinaire Sam Moss will be playing his 250th 1st team match this Saturday against Chester. Sam has played all the way through the Mini & Junior and Youth sections and is now the backbone of the Blues pack. Well done Sam, have a great game. 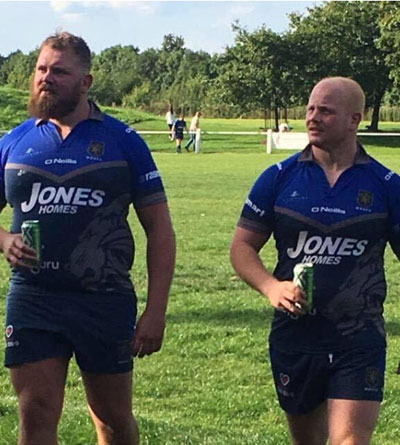 There are still quite a few players who have not set up their subs yet. We are going to be very strict this year.

During 1st team matches, the technical area is totally out of bounds to all apart from essential personnel. Please do not enter this area and please do not attempt to communicate with the players, officials and coaching staff, they are totally focussed on one thing. Many thanks.

After the match on Saturday be prepared for the Black Silk Rebels – Macclesfield’s very own rock covers band. Compliments of Mr Peter Harper (aged 60). 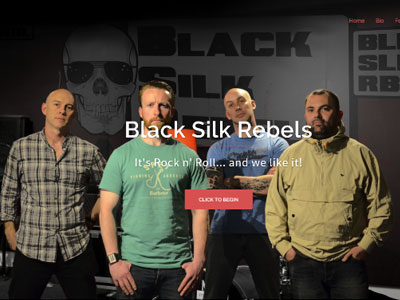 Great game of rugby Sunday morning from two very strong sides. Having taken a 10 point lead through a brace of tries from Morgan and some slick handling from the backs, (one being a very daring interception and the other a trademark foot race down the touch line) we really did take the game to Stoke. Our forwards out rucked their big pack for the majority of the game but it was a missed tackle from sustained pressure that let them in just before half time. Our front five of Smith, Langley, Dempsey, Gascoigne and Kinzelmann held their own in the scrum and really put Stoke under pressure on their own ball.

Stoke had a very big powerful backrow which they used to good effect. We quickly worked out their game plan and with our backrow of Will, Cameron and Brandon we had the match of them.

Stoke were first to score in the second half from a well worked cross field kick which caught us napping in defence. Straight from the kick off we failed to clear our lines again and Stoke scored another try with some slick off loading and good support lines breaking our scrambling defence. This woke the lads up and they worked hard to gain good territory. With Ben picking up and going blind at a ruck he drew the last man and fed David the ball. Although David got over the try line he couldn’t ground the ball due to some good defending by Stoke who managed to clear their lines with a 22m drop out. Following a few phases Carl made a wonderful break only to be tripped once he had broken free (penalty try???), we were pulled back for a penalty but once again lacked a bit of control to kick for the corner and gain territory. The line outs are uncontested!!! We should win our own ball!!!!

The game played out at a frantic pace from both sides and we (the coaches) were disappointed for the lads that they didn’t come away with a win. In our opinion they were the better side and created some very good chances. Not a bad result (17-10) for the first game of the season but we can’t help but think what a difference those couple of chances would have made.

Still it has given us plenty to look at and work on over the coming weeks. The whole pack of forwards were phenomenal with regard the effort put in and huge thanks to Harry Marchington who had to step in at the last minute and play scrumhalf. Great to see Will Smith back, putting in a truly immense performance. Will Richardson was pick of the backs, with some good penetrating runs and some good last ditch tackles to keep Stoke at bay. Cameron took the accolade for the forwards, following up last weeks performance with an even more powerful display both in attack and defence.

As it is the start of the season, if you know any lads who fancy having a run out or giving rugby a go then invite them down on a Wednesday to see what it’s all about.