At the end of the first month of the 2017/18 campaign the news from Priory Park is that all round improvement is required down the line if the club is to enjoy the status of previous seasons on the playing field with only the 4th XV showing any signs of form during September.

Clearly player movements and the standard of rugby being played have had an effect on the teams from top to bottom but MRUFC is a big club and, as they say, things can only get better – let’s hope so.

On Saturday hitherto without a win Leicester Lions came hunting to Priory Park and in a sometimes fractious game not particularly well managed by the officials the visitors left with maximum points after a game littered with ill-discipline on both sides that saw a red and several yellow cards produced by the referee in a game that can only be described if you were a teacher as ‘Unsatisfactory’ .  Hopefully things can only get better but a trip to Whitefield on Saturday will not be an easy place to start the recovery as hosts Sedgley Park will be looking to come back after a 45-24 defeat at the hands of a Tynedale side that this season so far certainly looks the business in Two North along with Stourbridge, Sale & Hinckley.

The Lions (2nd XV) travelled the short distance to Heywood Road and Sale FC losing a close encounter 19-15 to end the month without success whilst the 4th XV continued their progress with a 10-3 victory over Marple Seconds.  The 3rd XV had a ‘free’ week but all sides will be seeking to find form this weekend with all except the 1st team having ‘home’ advantage.  See fixtures for detail.

Another rather disturbing aspect of Saturday’s game was the actual turn out of support for the 1st team with less than a couple of hundred making their voices heard on the park so if you are a genuine Blues Fan then get yourselves down to Priory Park for the next home game on 14 October when Sheffield Tigers provide the opposition. The team will thrive on your vocal support as I mentioned last week following the Huddersfield game where the home support put us to shame.

For those travelling to Sedgley Park on Saturday bear in mind that kick off is at 2.30.pm. and the home side play at Park Lane, Whitefield M45 7DZ.  It’s about 30 miles from Macc and should take just under the hour to get there but remember the potential problems with Saturday motorway traffic!!

All home games commence still at 3.pm. until the end of October. 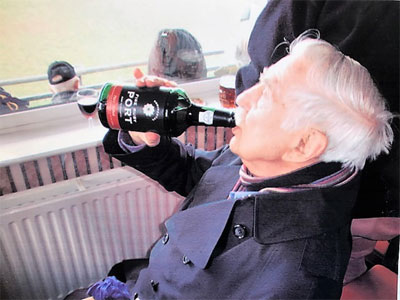 Pete Harper snr – the 1st XV Captain from days gone by takes decisive action during a recent, disappointing on field performance. “It was different in my day, using the head as a weapon was actively encouraged” slurred the nonagenarian.

The next pre match meal takes place before the Sheffield Tigers match on the 14th October. Maggie and Barry will be offering the following.

This is the annual Mini & Juniors lunch for coaches and parents of our upcoming stars but, there are a few tables available for the general public. If you fancy delicious fayre, beer and top quality rugby contact Jonathan – jonathan@maccrugby.co.uk. The cost is just £15 plus your normal entry fee. Giles and or Matt will be on the microphone to answer any pertinent questions you may have.

During the afternoon the U12s will be taking turns to cycle (on static bikes) to Twickenham – 199 miles. They are raising money for a tour in March 2018 and need all the support they can get, so dig deep.

A great day’s rugby at Stockport RUFC. Thanks to the hosts for organising a great festival to kick-start the season. The Macc Rhinos/Vultures did us proud with a fantastic team effort against strong opposition. Results below.

The boys put in a great team performance, based on some outstanding defence and strong tackling across the team. There was real attacking flare on display with incisive running, good passing in to space, made possible by strong support running and continuity delivered through great clearing out in the rucks. The boys really applied themselves in supporting each other. This was recognised by the organisers who awarded Macc with the TEAMWORK TROPHY.

Overall, a fab day. The boys truly represented the core values of rugby, and were a credit to Macclesfield Rugby Club. Many thanks to all the parents who gave wonderful encouragement to the boys and coaches. Steve and Dave very proud! 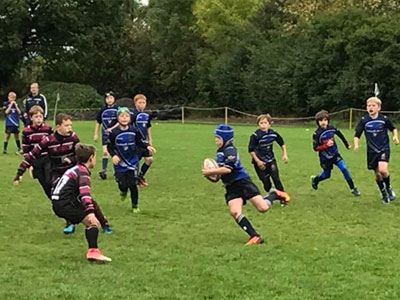 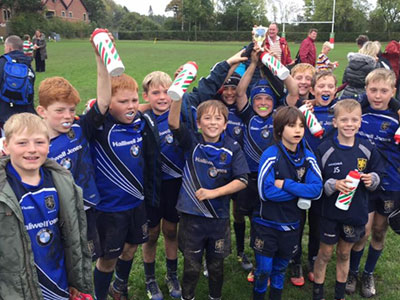 An awesome start to the U10’s season with our first competitive games against Lymm, Wilmslow, Stockport, Knutsford and Winnington Park. The lads took really well to the new elements introduced this season (we still have some work to do but an excellent start) some great efforts being put in to the rucking early on and fantastic defence keeping the line and some amazing tackles. Making it almost impossible for the opposition to get through.

Every single player gave it their absolute all with 110% effort from all involved which resulted in us managing 2 wins and 3 draws! Although all deserved it the man of the match (if we had the trophy with us) would have gone to Dylan Jones who was outstanding in all games.
All in all a fantastic day with some quality rugby!!

Macclesfield U8s had another excellent tournament at a slightly chaotic Manchester Festival. Fortunately the fears of adverse weather conditions were misplaced and the only hurricanes were flying down the pitch to score tries! Our Red and Blues played 16 games, won 15 and lost just 1 (2 tries to 3) against a streamed Wilmslow team where our Blues replaced the starting 6 with 6 finishers to continue our mixed ability approach! We scored 92 tries and conceded just 50 and had more 7th tag turnovers than any other team by a country mile!

The players were magnificent and the coaches were thrilled at the level of performance given this was our first (non) competitive run out of the season. The highlights off the pitch were getting two coaches from different teams coming and saying how well rounded the 2 teams were, displaying the highest skills they¹d seen in any of the teams. We were a very proud coaching team and look forward to another great season! 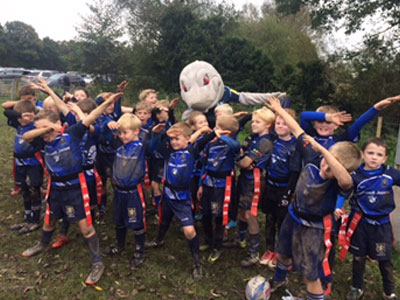 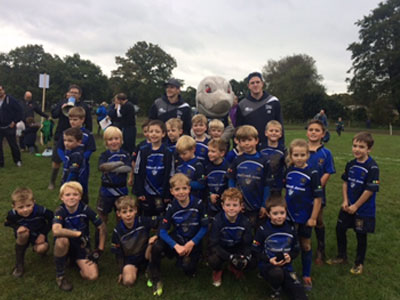 The core rugby values were fully on show at the weekend: TEAMWORK, RESPECT, ENJOYMENT, DISCIPLINE & SPORTSMANSHIP were shown by all the Macclesfield players.

1. The Kick-off from the middle of must be a place-kick.
2. Kick-out must be from 25 yards out of goal, not a place-kick.
3. Charging is fair in case of a place-kick, as soon as the ball has touched the ground; in case of a kick from a catch as soon as the player offers to kick, but he may always draw back, unless he has touched the ball with his foot.
4. If a player makes a Fair Catch, he shall be entitled to a free kick, provided he claims it, by making a mark with his heel at once; and in order to take such kick he may go back as far as he pleases, and no player on the opposite side shall advance beyond his mark until he has kicked.
5. A Fair Catch cannot be made from Touch.
6. A Player is off side when the ball has been kicked, thrown or knocked on, or is being run with by one of his own side behind him.
7. A Player off side may impede the game by standing close to the ball; but he may not, in any case, kick or touch it, charge or put over.
8. A Player is on side when the ball is kicked or thrown or knocked on, or when it has rebounded from the body of another player of the opposite side.
9. It is not lawful to take up the ball when not in touch, except in an evident hop. Lifting the ball is strictly prohibited.
10. Running in is allowed to any player onside, provided he does not run through touch.
11. If in case of a run in, the ball is held in a maul, it shall not be lawful for any other player on his own side to take it from the runner and run with it.
12. It shall be lawful for any player to call upon any other player, holding the ball in a maul, to put it down, when evidently unable to get away.
13. A Player, if he wishes to enter a maul, must do so onside.
14. No Player, out of a maul, may be held or pulled over, unless he himself is holding the ball.
15. No hacking, as distinct from Tripping, is fair.
16. Try at Goal. A ball touched between the goal posts may be brought up to either of them, but not between.
17. When the ball has been touched down behind the goal, the player who touched it down is entitled to walk out straight 25 yards, and any one of his side may take a place-kick, but as soon as the ball had been placed, the opposite side may charge.
18.  It shall be a goal if the ball is dropped, but not if punted, hit or thrown, between the posts or posts produced at any height over horizontal bar, whether it touch it or not.
19. No goal may be kicked from touch.
20.  A Ball in Touch is dead; consequently, the first player on his side must, in any case, touch it down, bring it to the side of the touch and throw it straight out.
21. Holding and throttling is disallowed.
22. Sneaking in opponents’ goal is discountenanced.
23. The Captains of sides, or any two deputed by them, shall be the sole arbiters of all  disputes