On a Wintery afternoon at Priory Park there was some good rugby to witness along with the frequent snow squalls that swept over the ground with the Blues recording a good victory over visiting Luctonians who played nothing like a bottom of the table outfit and although Macclesfield got the required five points to move them further away from the critical bottom quarter of the National Two North table they must do it all again early next month when they make the trip down to Herefordshire for the ‘away’ leg – the game, of course, on Saturday was originally to have been played back in December but the weather put paid to that and it means that with Sheffield coming up on Saturday we will play the two ‘bottom’ clubs in the table in consecutive weekends but the trip to Abbeydale will be anything but easy as the hosts seek to maintain their National Two status. Read More >>>

Myles Hall has revealed Macclesfield were surprised by the way they performed in the first half of the season, but insists things are on the up at Priory Park.

The Blues won promotion to National One in 2016, but suffered an immediate relegation to National Two North and they did find themselves in the bottom three of this division earlier in the campaign.

“I think it has been a tough year,” Hall told the NCA. “After coming down from National One, there seems to be a weight of expectation that when you are relegated, you should bounce straight back.

“A lot of players know that is not always the case. There are varying factors which can have an effect on how you perform in the league below and I think one of those factors is confidence. Winning is a habit so to return to those winning ways back in a league which we were so successful in has been tough.”

“I think at times this season we have tried too hard to get the right results. I think we were trying to force it too much when we didn’t need to. Mistakes crept in and teams capitalised on it so I think that was the issue to begin with. 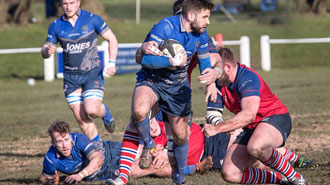 “It has been about the lads understanding that we are in a league below. It’s just taken a bit of time for us to get going.”

At the beginning of December, it was all change at the Cheshire club as Giles Heagerty was replaced by interim coach Marshall Gadd and Hall has been impressed by the improvements the side has made following just three wins from their first 13 matches.

“I was fortunate enough to play with Marshall some years ago and he is the same as a coach as he was as a teammate!” Hall added.

“He does focus on high expectations and working hard, but ultimately, we are there for enjoyment and if you enjoy what you’re doing, you will do well at it and do more of it.

All spectators are welcome to bring their dogs along to any of our home matches. Responsible dog owners only please.

Dogs MUST be kept on a lead at all times 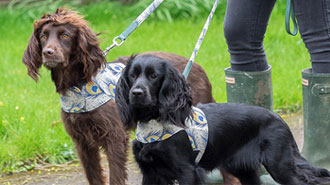 This is going to be a great Saturday, right in the middle of Easter – Saturday 31st March. The re-arranged home match against Sale FC

There will be a formal lunch and it will be a sell out, so get in there quick. Any televised sporting fixtures will be played on the big screen. We are also hoping to be entertained at half time with a skills demonstration from the Mini & Junior section.

Now only £12 plus your normal entry fee. 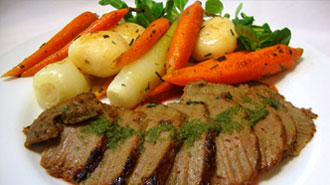 Rugby club calls for all hands on deck

Members of Macclesfield’s rugby community came together over the weekend to help with plans to renovate the clubhouse.

Following the recent rejection of plans to re-develop Priory Park, club chairman Pete Harper and his team have been looking at alternative ways to broaden the revenue stream and ensure the continued success of the club and its role in the centre of the local community.

“This is part of a wider plan where we are asking members and local people not what the club can do for you, but what you can do for your club.”

Parents, juniors and senior players were all part of the initiative, coming together to upgrade the existing facilities.

“It was great to see everyone braving the elements and pulling together for their club, we had first team players painting alongside girls and boys from the junior section of the club, together with bar staff and committee members – all working for the benefit of the club.”

This weekend was the first in a series of “working weekends” where members will be upgrading the existing facilities in order to attract more bookings for birthday parties, funerals and meetings where people need versatile event space.

The working party will be back on site on Sunday 8th April, paint brushes and rollers in hand to complete the work to the main clubhouse, so please come and join in the fun!  The more the merrier.

The club are also looking for local trades people and suppliers who could lend a hand in return for advertising and publicity.

If you would like to support the club, more information can be found on the club’s Facebook page or contact Business Director Jonathan Marsh on jonathan@maccrugby.co.uk for bookings and sponsorship opportunities. 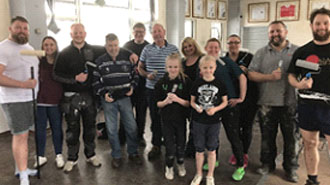 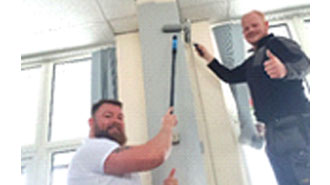 An offering from Mike Keeling this week. It is certainly the highest that a MRUFC mug has been – 5,400ft Lake Louise, Alberta, Canada 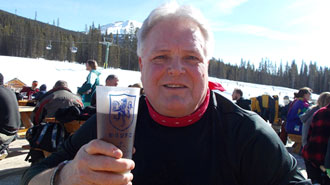 MRUFC U17s have been drawn against Lymm RUFC in the semi-final of the Cheshire Cup. This match will be played at Priory Park on Thursday 29th March. Kick of will be at 6.00pm. This should be a cracking match, don’t forget that it was our lads that didn’t lose a game last season and even beat the mighty Sedburgh School! 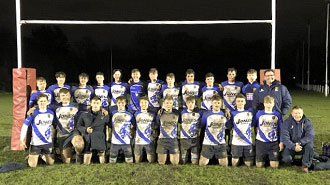 The following are winners in the February / March M&J 500 Club Draw.  Why not be part of it?  For as little as the cost of a pint a month you can enter into the competition and help fund our section.

The funds are split 50% to prizes and 50% to our M&J Section for equipment and other items of direct benefit the the M&J Section.  The 500 club is ENTIRELY separate from the Club accounts. 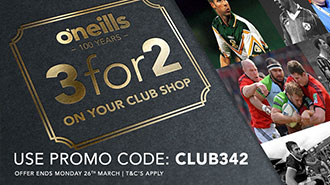