Well here we are – late Sunday after a day out in Carnforth and a great walk on Arnside Knot to clear the lungs and the final ‘Clubman’ of the 2017/18 season and what a campaign it has been.  A fraught start and languishing at the wrong end of National Two North followed by changes and a climb up the league to mid table security and another season to look forward to at this excellent level of Rugby Football and whilst the final scoreline in the last game of the season was not what the Priory Park faithful would have liked it meant at least that our opposition – Wharfedale – edged that little but closer to league safety as results elsewhere saw Blaydon lose out in the North East in a high scoring encounter with Hinckley 36-40 which sadly means that despite the bonus points they join Sheffield in the Northern Premier League next time round but it is down to what Luctonians do in their remaining two games after they hammered already relegated Sheffield 76-12 to give themselves sight of survival starting this weekend at Hinckley.  Watch this space in August!!

Read More on the Agenda from 24th May here

Thank you from all of the 1st XV to all 49 Mini and Junior boys and girls who fulfilled the vital function on home match days, in all weathers fetching the balls for ensuring the game continues smoothly.  Not only is this great to continue the integration between the senior and junior sides, it also helps Macclesfield RUFC portray a professional image. 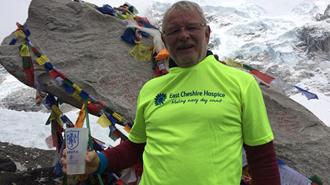 Bob climbs Everest just to win the ‘Highest Club Mug’ competition at 5300 metres! Not sure this qualifies………..no beer!

Bob is also raising money for the East Cheshire Hospice and there is still time to donate, please see below.

The beer festival will once again be quenching the thirst of many in May. A limited amount of tickets are available from the club office http://macclesfieldbeerfestival.org/ 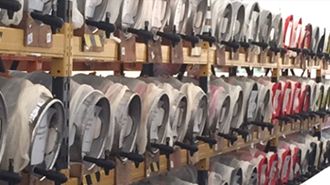 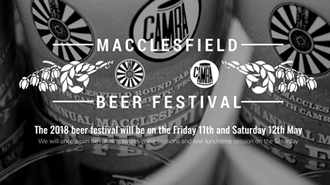 The annual awards dinner give us the chance to thank all our senior and youth players for their efforts throughout the season and to recognise those that have excelled. This year the event is being held on Friday 1st June in the newly decorated Priory Suite and all are welcome to come along and enjoy this prestigious event.

After a couple of beers, we will be seated at 7.30pm for a delicious three course meal whilst being entertained by veteran raconteur David Wilkinson. The Players of the Year and the Most Improved Players will receive their awards after the meal. After the awards we are in for a real treat – Manchester based comedian Big Lou takes to the stage. Big Lou is a well known face on the comedy scene who has commanding stage presence matched by his punchlines and timing of their delivery. He has played most of the premier comedy venues in the North West and beyond. 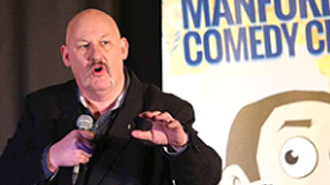 The cost for all this is just £15! Which is cracking value! The players take the majority of the tables but there will be a few spaces left for those who are quick off the mark. As always, first come first served. Contact Jonathan if you have any questions or queries. 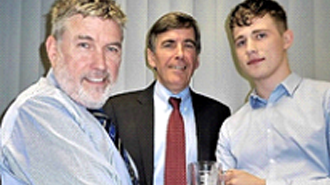 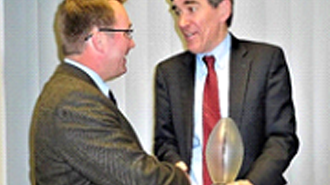 Former England Under 20s and current Blues’ fly half Tom Morton and his partner are organising a charity ball in aid of the Christie’s charity which will be held on May 19th.

This is a charity close to Tom’s heart as both he and his partner have had family connections to Christie’s, and have passed away, as well as those who have survived cancer, and so are looking to give something back.

The event will be held at the Deanwater Hotel in Woodford where a good night will be enjoyed by all, with a 3 course meal, entertainment with a DJ until late and lots of auction and raffle prizes.

Tickets are £40 each and include a drink on arrival.

Come on Blues fans, it’s a great cause!! 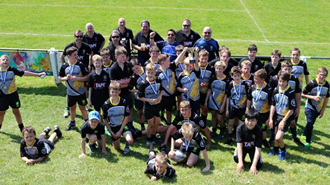 End of the Season

As another season comes to an end, we would like to thanks everyone involved in this great club. There are too many to mention, but without you, this club would not exist. You are the club!

We have had a knock back this year but it proves how resilient we are when we continue to play great rugby through all age groups to the senior teams in such fantastic surroundings.

Long may it continue.

Head over to @RFU for your chance to win a coaching session for your club with Eddie Jones 👇🌹 twitter.com/rfu/status/148…