The colts got their new season off to a great start beating the Lancashire Cup holders at their own ground. With a much changed side from last season due to unavailability and the new junior colts integrating into the team this was always going to a be a tough game.

The coaching team of Tony King, Matt Harding, Dan Holden, Carl Roberts & Robert Oliver have worked hard pre-season to build a game plan that the lads need to execute and they did this to great effect on Sunday.

Macc scored first through Number 8 James Oliver bursting through some strong tackles after some excellent scrummaging, his twin brother Harry superbly converting from the touchline. Jack Faiers was next with a very string individual drive to score after some sustained forward pressure in Heaton Moors 22. The defence was then put to the test, James Oliver retired with a knee injury followed by Tom Hurst with a nasty blow to the head, this left Macc with 13 players, time to dig deep. Heaton Moor responded with some excellent play to score a well-deserved converted try. Macc responded with some great inter team play resulting in Harry Harding crashing over from short range, Harry Oliver converted. Heaton Moor were gaining the upper hand but some excellent defence by James Wilson, Oscar Roberts and stand in winger Marcus Pyle snuffed out any attacks. Macc’s last try was scored by Harry Oliver who decided enough was enough and beat several players in a mazy 60 meter run to score and then convert his own try for a great victory. 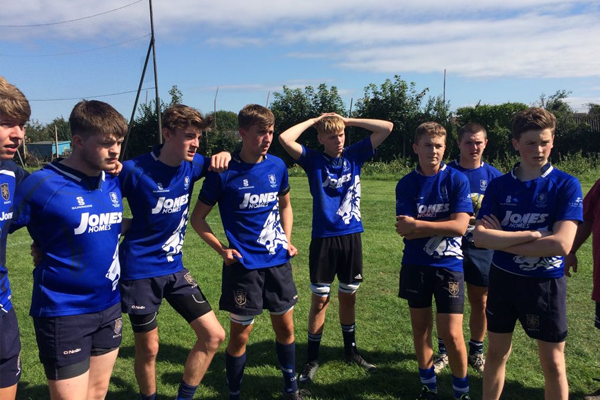 Wilmslow away next week in the El Classico, training has gone well this week so should be another great game

England 6N squad: Who's well-placed? Who might miss out? 🏉✍️ With England 🏴󠁧󠁢󠁥󠁮󠁧󠁿 coach Eddie Jones announcing his 2022 Six Nations 🏆 squad on Tuesday, we take a look at who might miss out and who should make it. 👇👇👇