Sadly it was another disappointing Saturday afternoon for the Senior Squads at Priory Park with only the 4th XV recording a victory at my old club – Bowdon (note spelling!!)-  where they beat the home sides 3rd team but it was a different story at Priory Park where the 1st team despite showing several good signs of their capabilities just could not get the better of visiting Huddersfield who returned to West Yorkshire with a 26-15 victory.   Hopefully it will not be long before the side records victory to move away from the wrong end of National Two North and optimistically that will come this Saturday when they visit relatively local rivals Sedgley Park at their Whitefield home. Looks like – according to the Rugby Paper – kick off at Sedge will be at 2.30.pm.

Macclesfield were determined to avenge last season&#39;s defeat and put on a very determined
display of strong aggressive forward play and good, fast running, open rugby from the backs.
Within 5 minutes Bostock scored a try, a result of extremely concentrated pressure, always
wonderful to see the big man cross the line showing typical modest pleasure at being in the
right place to touch down.  This was followed by a penalty try as Bowden wheeled a
scrummage to infringe close to their own try line.

Scott Goodfellow had an aggressive barnstorming run to bullock his way over the line to the
whole team&#39;s delight.

Unfortunately just before half time a desperate clearing kick by Bowden bounced fortuitously
in the hands of a chasing winger who scored between the posts, the bounce eluding all three
Macclesfield covering defenders.

The half time score 7-19 ought to have been added to, but the visitors had 3 tries disallowed,
they always dominated even with seven forwards when their pack leader had to endure a sin
bin.

The adage forwards win game with such a strong pack including Street, and O&#39;Brian in the
second row and a back trio Pearce, Price and Goodfellow with former skipper Dale as hooker
and prop Walker, fresh from his Great North Run success, it will take a very powerful pack
of forwards to best this 8.  Substitute Troy always adds a huge presence when he enters the
fray.

Captain Ryan Brown was delighted with the result and the manner of it.  Congratulations to
coruscating half backs Paul Smith and Hegginbotham whose swift transfers to centres Nick
Smith and Mike gave a rear 3 Connelly, Grubb and Brown himself acres of space.

A hugely deserved win for a very good Macclesfield outfit.

Apologises but  we have postponed the Aquila night until 22nd November. 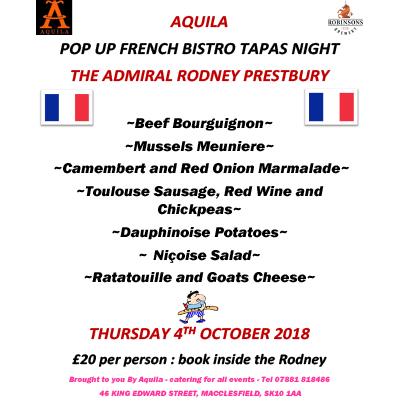 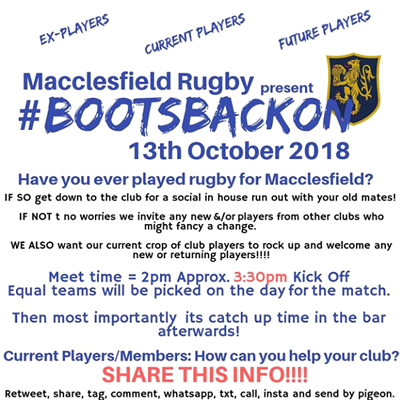 Many thanks to those that have paid their subs this season. Those that have not paid, please do so before the first warning letter goes out on 1st October. It is very easily done via the website – https://mrufc.manageyourclub.co.uk/products

Please read the letter from the Club Secretary below.

It is the start of the new season at Macclesfield Rugby Club and with that in mind subs are due to be paid from 1st September 2018.

The payment and collection of subs is critical for the club’s financial position. Your subs help pay for the basic running costs of your rugby club which includes everything from public liability insurance to cleaning and repairs and maintenance on the pitches and in the clubhouse. This year your subs include £10 of raffle tickets to be entered in the prize draw later in the season. The raffle is supported by the RFU with some great prizes.

We are blessed with some great facilities to support the development of rugby in our community and we have an increasing number of volunteers who support the club and the players across all age groups senior and junior whether it be by coaching or refereeing or painting and decorating or making sure the pitches are playable. Without the support of these volunteers the cost of running the club would be much higher.

Please can I encourage you to make sure your membership subscriptions are fully paid up from the 1st September 2018 using the various payment methods available. If you are a player you are not covered by the rugby club’s insurance in the event of injury and will not be available for selection to play. In addition, it is not fair on those players who have paid if others are allowed to continue playing without membership and insurance. Both playing and non-playing memberships carry certain benefit which are detailed on the club’s website and available from Jonathan Marsh (Club Administrator).

Because the timely payment of subs is so important to the club and in order to encourage more members to set up payment on time, we have introduced a more formal timeline as set out below:

If you have a problem with the payment of membership subscriptions either as a playing or non-playing member please contact your team captain or Jonathan Marsh who will try and resolve any issues. There are dispensations available for individuals who can only commit to a very limited number of games in a season.

Finally, if you know of any individuals or families across your network who might be interested in joining one of the most successful rugby clubs in Cheshire at both senior, colts and junior levels please direct them to our website or bring them down to the club to enjoy the atmosphere and hospitality.

Macclesfield RUFC was well represented at the recent Sharks v Wasps match last weekend. Well done to all the U11s. Nice to watch a couple of ex Macc players plying their trade in the premiership. 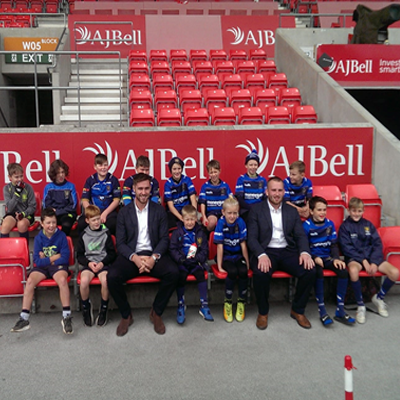 A @wallabies great, and one of the finest players of his generation 🇦🇺 Happy Birthday @pocockdavid, have a great day! 🥳

⚡️ Lighting it up in the 𝟐𝟎𝟎𝟎𝐬

Why props are funny 😂 The joy of 'ball in hand' 🔥 Moving into coaching... Nearly every pro at the top-level loves rugby, but @BristolBears' John Afoa truly LOVES this game ❤️ #GallagherPrem