Like many sporting clubs in the community, keeping your grounds and premises secure can be a bit of a headache. For some reason, several factions of society see these kinds of premises as ‘fair game’ for trespass, and at the worst vandalism.

Here at Priory Park, we’ve had more than our fair share, in recent years, all at a considerable financial impact to the members of the Club, besides the many hours of time needed to put matters right, with members giving up their time for repairs.

The culprits are in general the travelling community; that think, for some reason, that the Club’s land should provide them with free access to set up a temporary home (which costs the Club thousands of pounds every time we have to evict them); and, on a regular basis, young people that equally believe that they should be given free access to our enclosed and locked, all-weather pitch; that is hired out to the public at £45 per hour. This facility continues to be vandalised to gain access, even though there is clear signage advertising that it is private. They also believe that they should have access to our Stand and outdoor facilities to consume alcohol and vandalise the premises in the process.

Priory Park sees itself as part of the community, a community rugby club at its heart, with over 2000 local family members using the facility; together with, a working relationship in the community providing facilities for a range of entertainments and social gatherings. To help to keep the grounds and buildings safe and secure, an upgraded CCTV security system was required. Macclesfield Town Council, through their community grant scheme, was able to cover a major part of the cost. The new IP security camera system was installed by Almas Industries: “After a site survey to identify the vulnerable areas the system was built to ensure that the management would be alerted swiftly should there be trespassers or a security threat out of hours”. The system is operational 24/7 fitted also with motion sensors and alarms. The security system is also been supported online and in person by local PCSO James Barlow.

The cameras record High Definition images providing a quality that can be used in police investigations and prosecutions; facial images can be provided to the police where required. Almas also provide GDPR advice, documentation and signage, to make sure the Club is completely compliant. 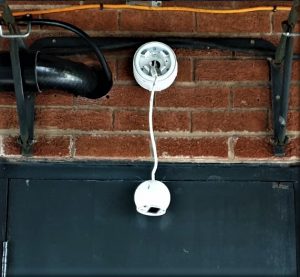 Caption: The smashed High Definition Camera, after it had done its job of filming the perpetrator

The Rugby Club’s facilities were vandalised again on Friday night, a group of 8 to 10 male and female youths accessed the outdoor premises to consume alcohol, some then committing several acts of vandalism, smashing furniture and breaking seats in the stand. Unbeknown to them their actions were being recorded. When the intruders triggered the alarm system, the police were immediately, electronically, made aware of the situation. One of the acts of violence was smashing one of the HD cameras in the outdoor area; but not before the camera filmed the incident as it took place – “Smile Please”. The film is in the hands of the police who are in the process of examining the footage to identify those involved.

Whilst it’s very disturbing that the Rugby Club has been vandalised again, it’s some comfort that the Almas system did its job; we have Macclesfield Town Council to thank for their financial support in making this happen.

It is now a major priority to install a similar system to help protect the All-Weather, caged playing facility that is consistently broken into. The Club hopes that Lottery Funding might be granted to help fund this new HD Camera System. 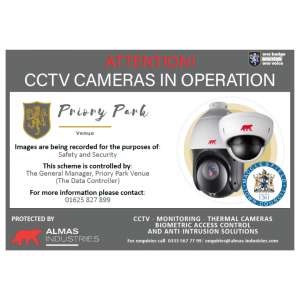 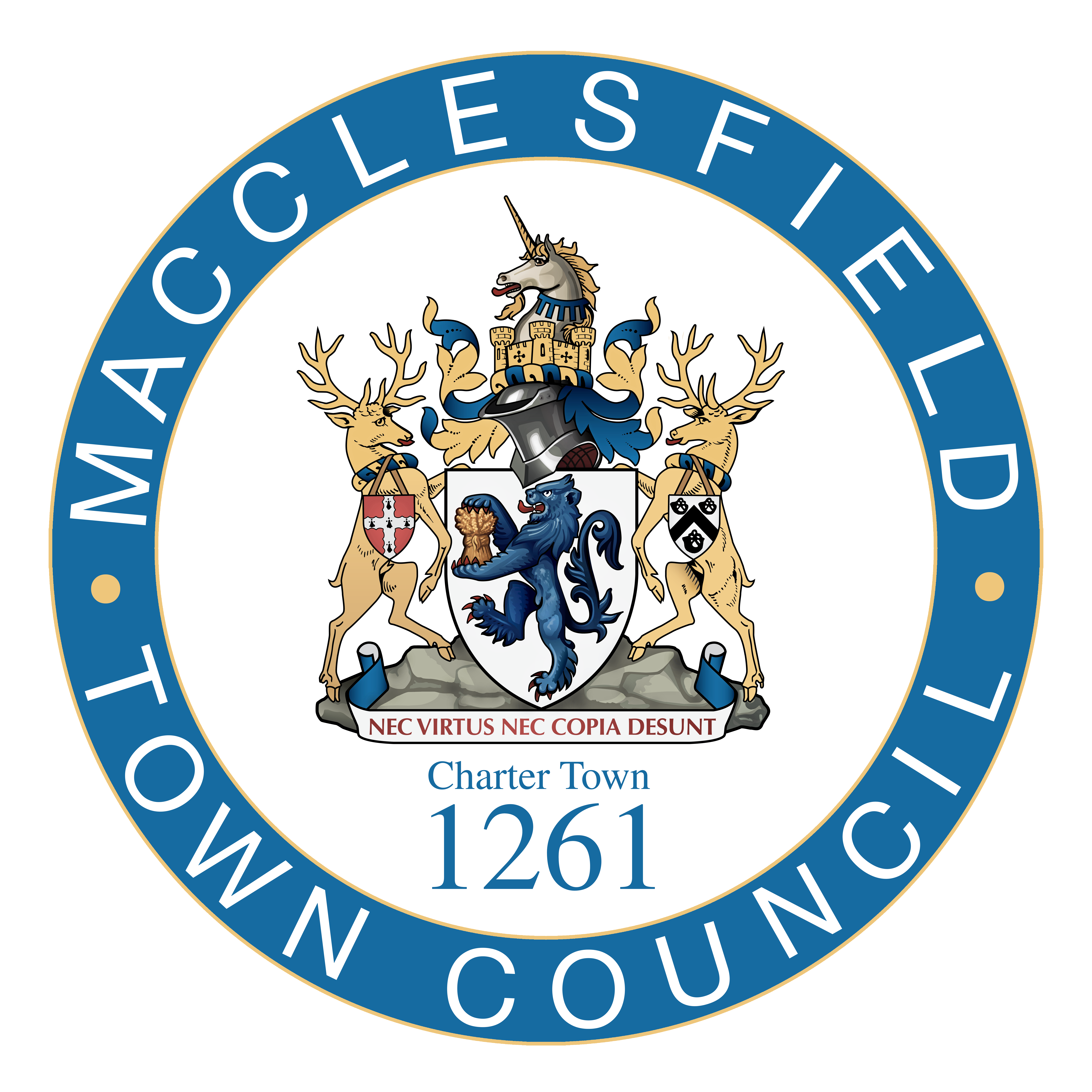